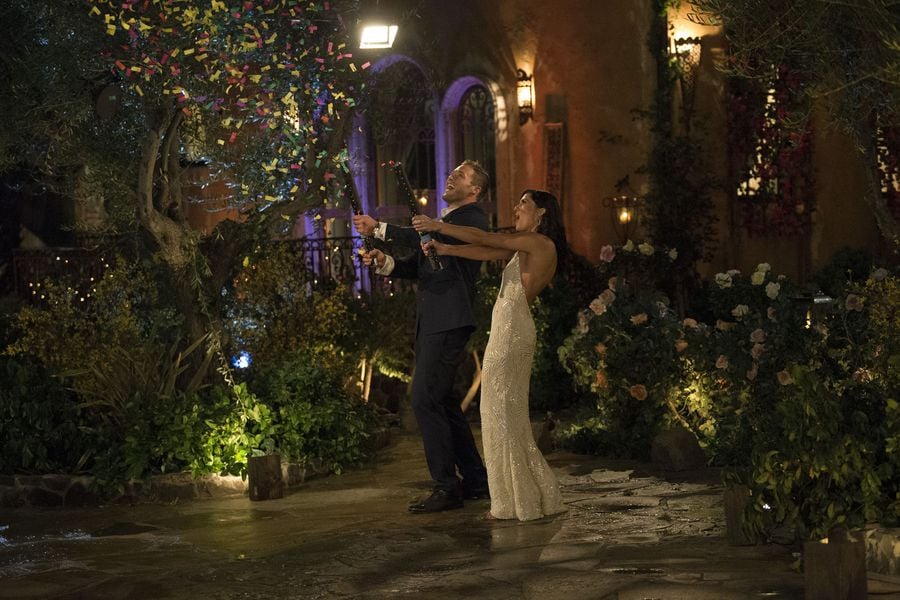 Well, Bachelor Nation, we finally met the lucky men vying to be Becca Kufrin's future husband when The Bachelorette premiered. We saw a slew of potential suitors who are worthy of Becca's heart . . . and some who aren't so compatible. But one guy is still sticking out in our minds — and for not the most obvious reasons.

As soon as Colton Underwood stepped out of the limo, both Becca and America were smitten with him. Since a severe injury has prevented him from playing football, he has turned his eyes to charity, helping children fighting cystic fibrosis. Since the premiere, Colton has garnered quite a bit of attention thanks to his previous relationship . . . and the suggestion that the 26-year-old pro football player is a virgin. Here's what we know about that last claim.

Following the premiere episode, we got a glimpse at what's to come this season. One of the more dramatic parts of the season will involve Colton and how comfortable he is being intimate with Becca. In the season sneak peek, we see Colton sitting with Becca, possibly on a one-on-one, letting her know he is still a virgin. More than that, he tells her, "I'm not waiting for marriage. I'm waiting for the right person."

Tears, heartbreak, and an ambulance!? You know it's going to be a dramatic season of #TheBachelorette! pic.twitter.com/Ehy5wVdu8c

Some people aren't exactly buying it, namely fellow contestant and model Jordan, who we see in the video saying Colton has come in with a lot of lies and asking whether "Steven Spielberg wrote his story."

Since Colton was relatively unknown before The Bachelorette, discussing his intimate relationships wasn't exactly newsworthy — until now. (Thus, there isn't a lot of info available at the moment.) We won't know until the coming weeks how much of the new season will revolve around Colton's story, but his honesty and candidness with Becca seems admirable, even if Jordan finds his story full of lies.