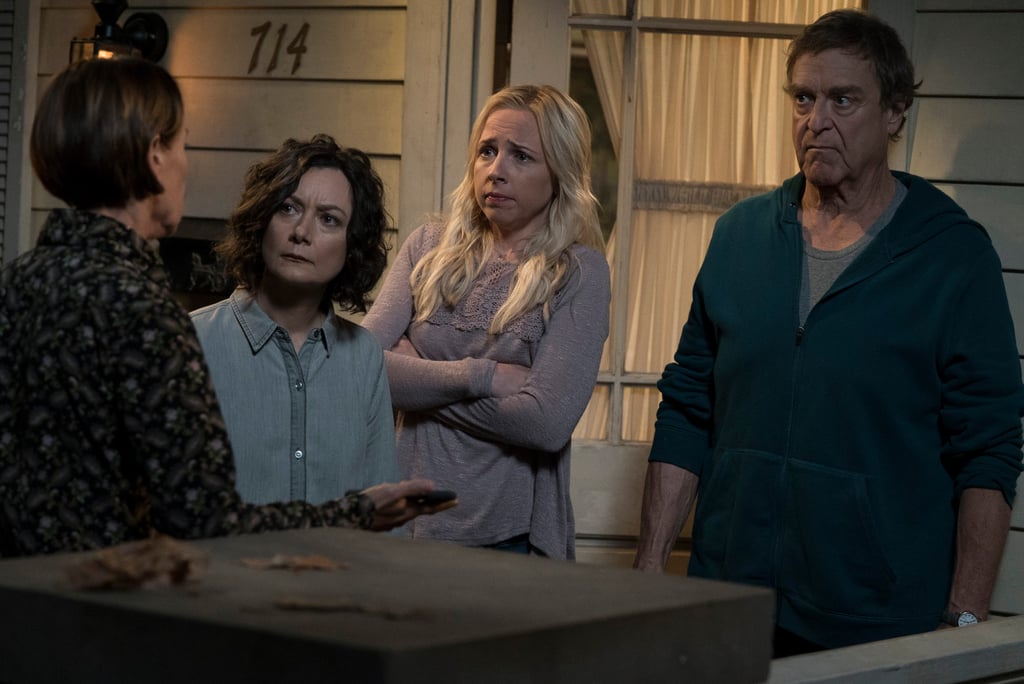 The series premiere of the new Roseanne spinoff, The Conners, is upon us. ABC announced back in June that it would be picking up the series after the cancellation of Roseanne due to star Roseanne Barr's racist behavior, and we finally get to see what comes next.

The Conners will focus on the beloved family as they deal with the everyday struggles of life "in a way they never have before." Roseanne stars John Goodman, Laurie Metcalf, Sara Gilbert, Lecy Goranson, and Michael Fishman are all back for the new series, with Emma Kenney, Ames McNamara, and Jayden Rey returning to play the grandchildren from the Roseanne reboot. Though the network has remained mum on how it'll deal with Roseanne's absence, Goodman recently confirmed the death of the family's matriarch, which is the event that changes the family's way of life. Barr herself has even explicitly said her character will die from an opioid overdose. Dark.

ABC has graciously shared a first look at the series, and we've rounded up the photos for you to enjoy. Check them out ahead, and get ready for The Conners' series premiere on Oct. 16!