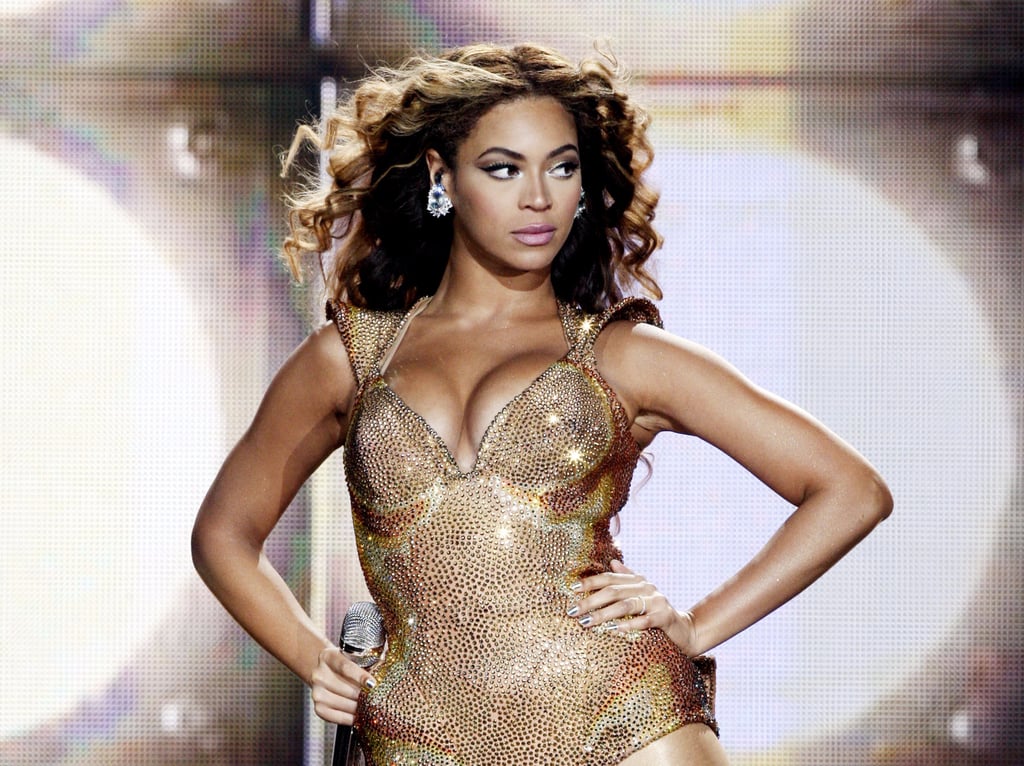 So, It Looks Like We've Been Singing These Beyoncé Lyrics Wrong All These Years

Ladies, gentlemen, and fellow Beyhive members: I have some urgent, mind-blowing news that just might make you spit out your lemonade. It looks like we've been singing the wrong lyrics to Beyoncé's popular 2003 hit, "Baby Boy," for the last 14 years.

In the bridge of the song, Beyoncé directly addresses her ubiquitous "baby boy," singing, "Baby boy, you stay on my mind. Baby boy, you are so damn fine. Baby boy, won't you be mine." And the very next verse is . . . ? Chances are, your answer is either "let's come sing-a-ling" or "let's consider it," right? Well, I'm unfortunately here to deliver a giant, Donald Trump-esque "WRONG" because neither of those options is correct. In fact, the real lyrics to that last portion of the bridge are, as Beyoncé actually says, "let's conceive an angel." Mhm, you read that correctly.

No, this isn't a joke, and no, Ashton Kutcher isn't going to jump through your screen and let you know that you're being "punk'd." Don't believe me? Read the lyrics for yourself on Genius, or fast forward to the 2:29 time marker in the official music video below to have a listen.

I can most definitely recall more than one memory of awkwardly bobbing from side to side at a middle school dance while telling my far-off "baby boy" to come "sing-a-ling" with me, so the fact that I actually should've been asking him to conceive a child with me makes me feel like my entire life is a lie. This shocking realization was brought to my attention by Twitter user Bryan Bautista, who went viral after sharing the news on social media. "Wow! So Beyoncé ain't say 'Baby boy, let's come singaling..' ?," he tweeted, along with a screenshot of the real lyrics to the song from Queen Bey's "Dangerously in Love" song.

Since sharing his revelation on Twitter, many other users chimed in with equally as surprised reactions. If you need something to soothe the blow of this earth-shattering discovery, reading through the responses and reactions below should do the trick.

Related:
10 Things You Might Not Know About Beyoncé's "Formation" Video
Previous Next Start Slideshow
Beyoncé KnowlesMusicTwitter
Around The Web