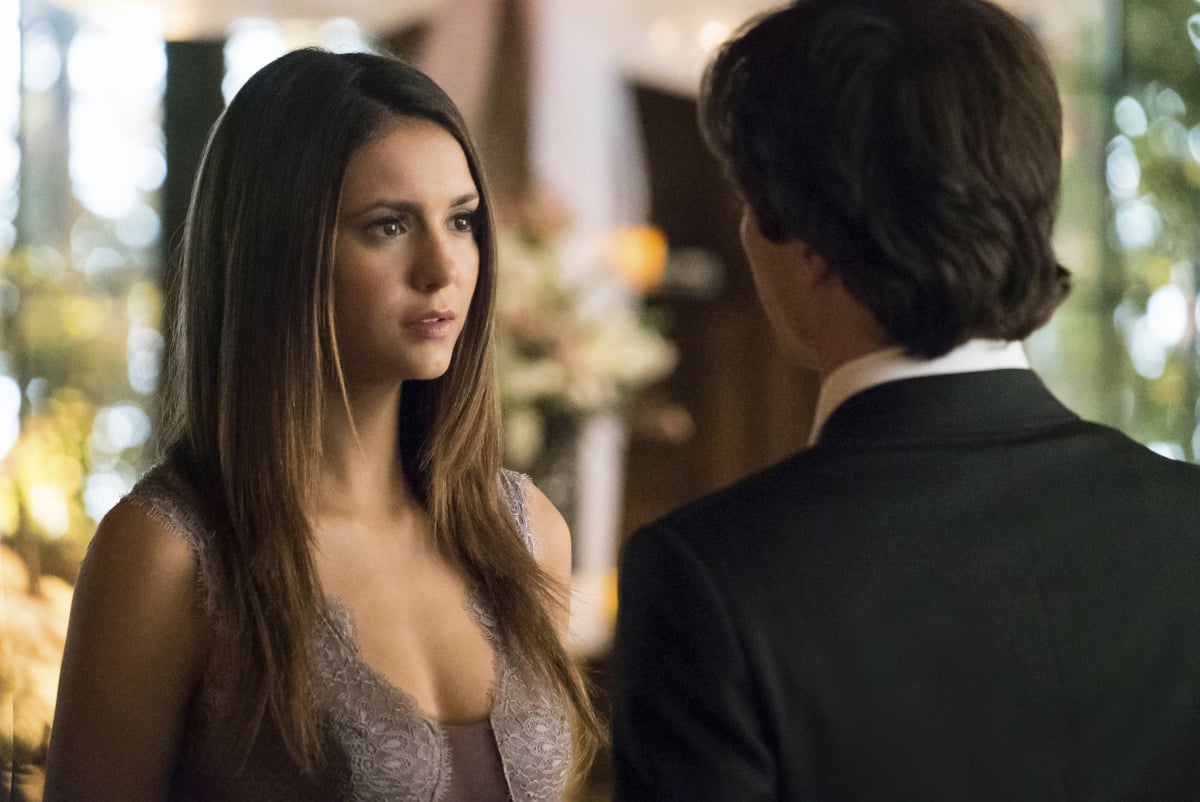 If you love Damon and Elena's relationship on The Vampire Diaries, then you may want to sit down for this. While the series finale was satisfying in a lot of ways, there was one crucial moment that didn't make the cut. During an interview with TV Guide, the show's creator Kevin Williamson revealed that a scene in which Damon proposes to Elena had to be cut for time. Um, what??

"We actually had a moment, which we didn't have time for ― everything got cut. I think the first cut came in 18 minutes over," he explained. "And there was a moment in the show where he proposed and she responded after medical school. And the whole point of that moment was just to show that she became a doctor. And so we thought, 'Oh, we'll just put her in scrubs and we can cut that piece.'"

We definitely would have loved to see that moment, especially seeing that two barely had any lines together after she wakes up from her sleeping curse. Oh, well. At least we can rest easy knowing that these star-crossed lovers got their happy ending. And who knows? Maybe the scene will appear on the season eight DVD!

Celebs Share Powerful Messages After Chauvin Verdict: "This Fight For Justice Is Not Over"