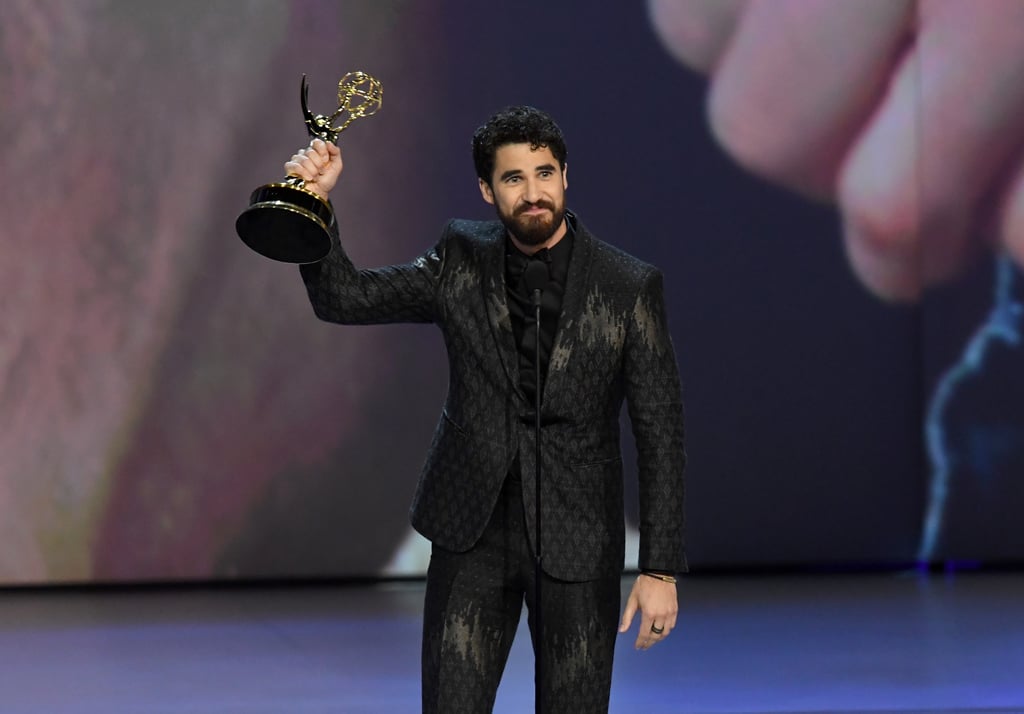 Darren Criss blew everyone away with his role as Andrew Cunanan on The Assassination of Gianni Versace, and on Monday night, his role earned him an Emmy. During the show, the 31-year-old took home lead actor in a limited series or movie. In addition to thanking Ryan Murphy (who he also worked with on Glee) for giving him the "opportunity of a lifetime," he also took a moment to thank one very special person in the audience: his fiancée, Mia Swier. Holding back tears, the actor looked directly at his longtime girlfriend and gave a tribute straight out of a romantic comedy. "You roll the windows down and you pump the music up in my life," he said. Are you swooning yet?

Related:
Darren Criss's Big Night at the Emmys Will Fill Your Heart With So Much Glee
Previous Next Start Slideshow
Darren CrissEmmy AwardsAward SeasonTV