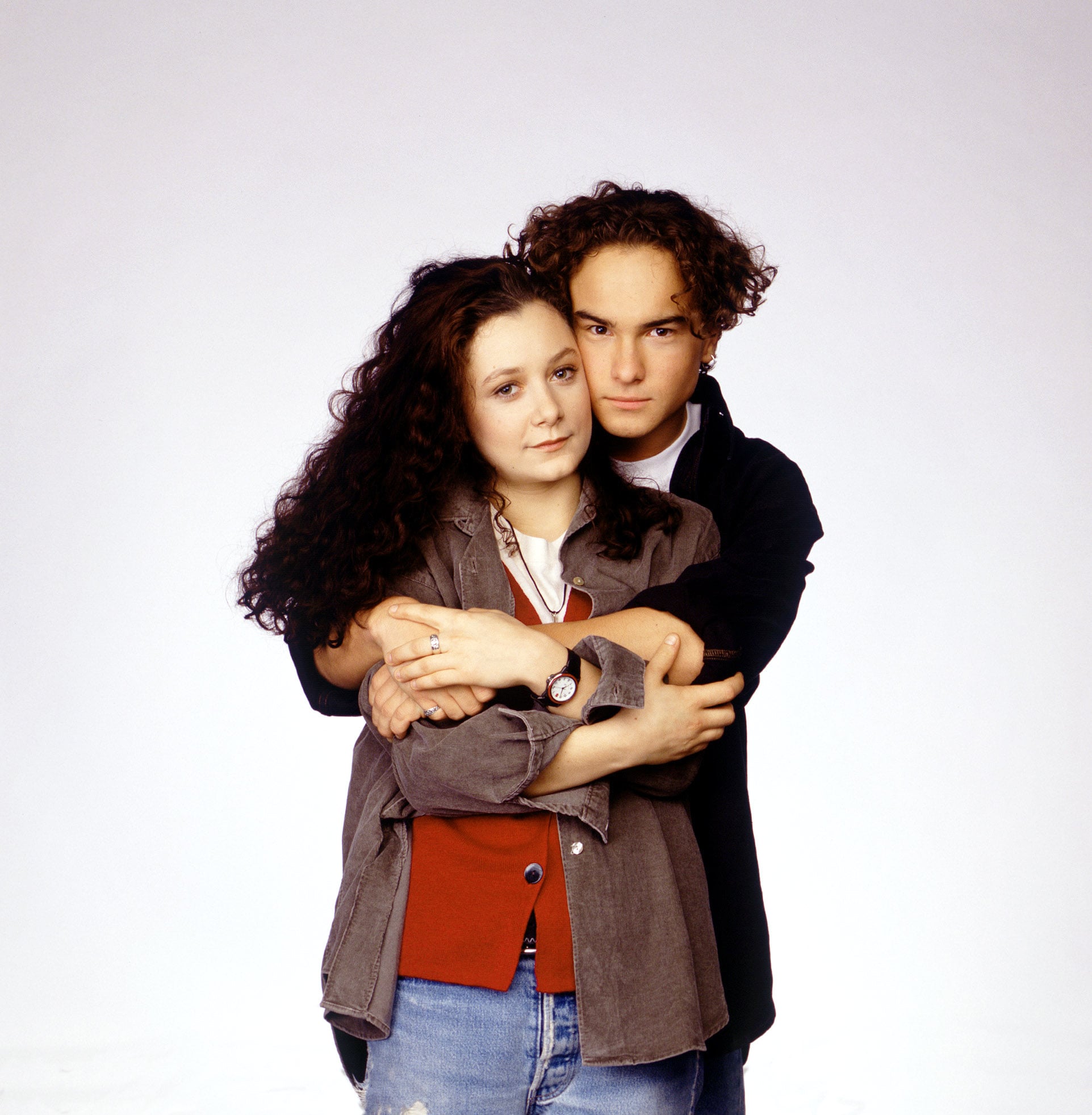 Although the creative forces behind the Roseanne reboot have promised that much of what you loved about the original series will still be there, the new episodes are also getting a modern update. In addition to tweaking major storylines — pretending the "death" of Conner family patriarch Dan (John Goodman) never happened and figuring out a solution to that whole Becky problem, for instance — the revival will address Donald Trump's presidency and also throw a wrench in the marriage of Darlene (Sara Gilbert) and David (Johnny Galecki). Of all the updates the Conners are undergoing, the latter seems like the most heartbreaking.

As anyone who watched the sitcom during its original run knows, the 1997 series finale upends the timeline when it reveals much of what's happened on the show has been a figment of the titular Roseanne's imagination. In the new timeline, Dan dies of a heart attack, and it's as if David and Darlene's relationship never even happened; instead, she ends up with Glenn Quinn's Mark Healy, David's brother. Roseanne (Roseanne Barr) explains that what we've been watching for the last few seasons was actually the story from a book she's written — she had Darlene end up with David and Mark end up with Becky because she thought they suited each other better. It appears the reboot will be ignoring the odd detour season nine took altogether.

Related:
Here's the Entire Cast of the Roseanne Reboot

In the new episodes, Darlene and David have two children together: teenager Harris (Emma Kenney) and her younger brother, Mark (Ames McNamara), who is named after his late uncle. Unfortunately for any Darlene and David shippers out there, the reboot begins with Darlene moving back in with her parents after she and David separate.

The core of Roseanne has always been about portraying the lives of everyday Americans, and what's more American than divorce?

It's a sad fate for the longtime couple, but we have to admit that it's a realistic one. The core of Roseanne has always been about portraying the lives of everyday Americans, and what's more American than divorce? The choice to have the pair split could be chalked up to Galecki's role as a series regular on The Big Bang Theory, which is why he was only able to appear in one episode of the reboot. Having his character out of the picture with Darlene would certainly explain away his absence from the show. That being said, Gilbert, who was a part of the show for its entire nine-year run, told Entertainment Weekly that the reboot is the cast's "most emotional season yet." Could some of that emotion be tied to Darlene and David's potential reconciliation? Maybe.

"We want everybody to see something that doesn't really exist on TV anymore, which is an honest family," executive producer Bruce Helford further explained to EW. "There's not much of that. Everything is higher-toned or more niche. These people are very much in the core of what's going on in the country right now."

We still have a lot of lingering questions about the reboot, but fortunately it looks like it's in good hands. Not only is the entire cast of Roseanne returning (with the exception of the late Glenn Quinn), but the star-studded writers room is stacked: Whitney Cummings, Wanda Sykes, Norm McDonald, and Barr herself are all contributing. Here's hoping they decide Darlene and David deserve their happy ending. For real this time.