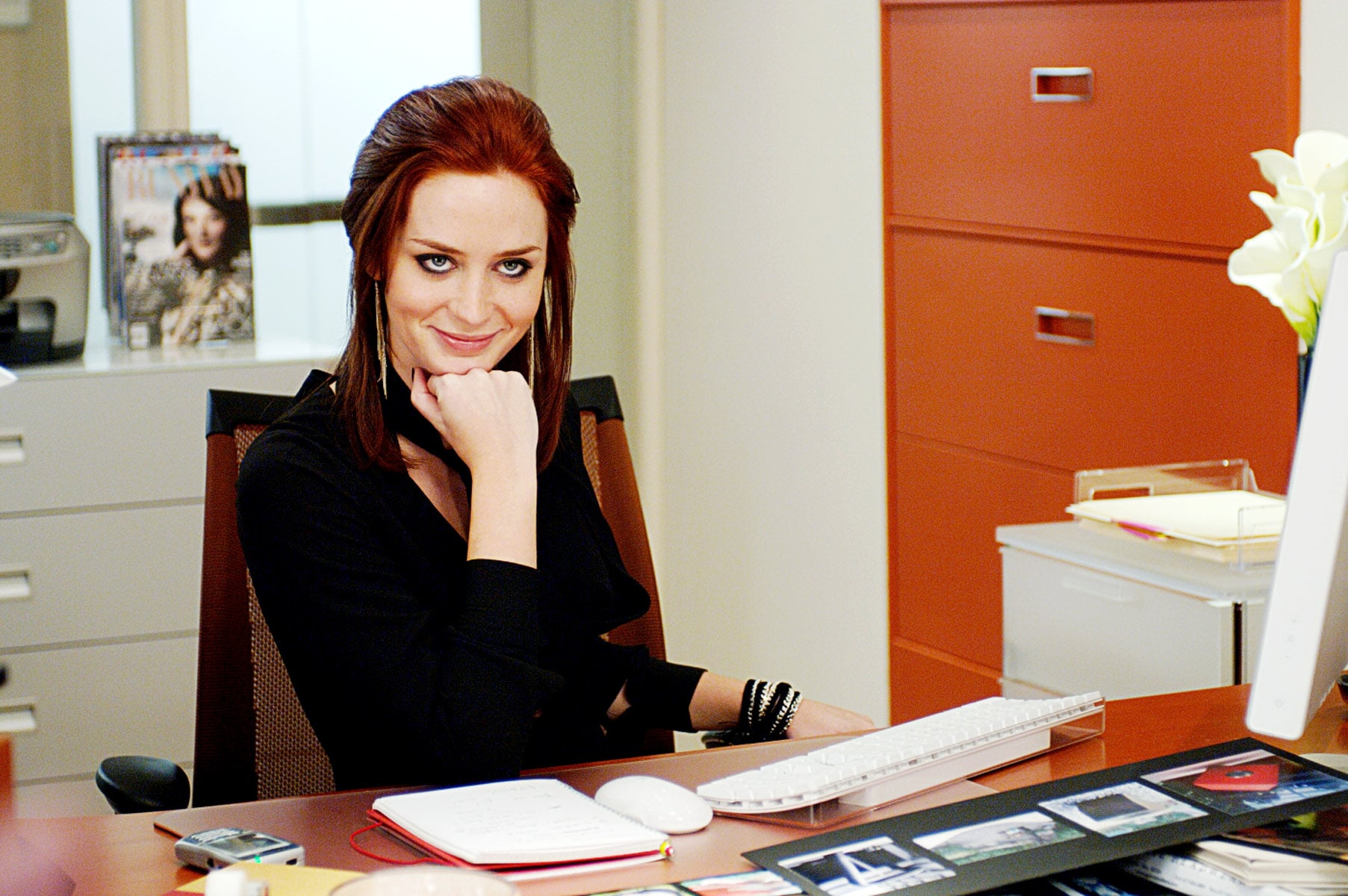 For many, Andy Sachs isn't the most captivating character in Lauren Weisberger's bestselling 2003 novel, The Devil Wears Prada, or in its 2006 film adaptation. Not even close. Despite the fact that we watch Andy (played by Anne Hathaway in the movie) tackle the struggles of Runway magazine while working under demanding Editor-in-Chief Miranda Priestly, it's the EIC's senior assistant, Emily Charlton, who wins audiences over with her perma-frown, one-liners, and bad attitude. That, and the character practically launched Emily Blunt's career thanks to the then-up-and-coming star's memorable performance.

Now, over a decade after the book's initial release, Emily is getting her own story thanks to a spinoff. The book, When Life Gives You Lululemons (yes, really), will follow Emily in her career as a celebrity image consultant as she relocates to the suburbs of Connecticut for her new client, Karolina Hartwell, who is attempting to salvage her reputation following a DUI. In a preview of the first chapter shared with Entertainment Weekly, Emily is celebrating New Year's Eve at Gigi Hadid's house when she gets called to do damage control for a Justin Bieber-adjacent star.

Sounds simultaneously ridiculous and incredible, right? When Life Gives You Lululemons will hit shelves on June 5, 2018, which should line up nicely with the Devil Wears Prada Broadway musical that's in the works. To quote Stanley Tucci's perfect portrayal of Nigel Kipling, "All right everyone, gird your loins!"