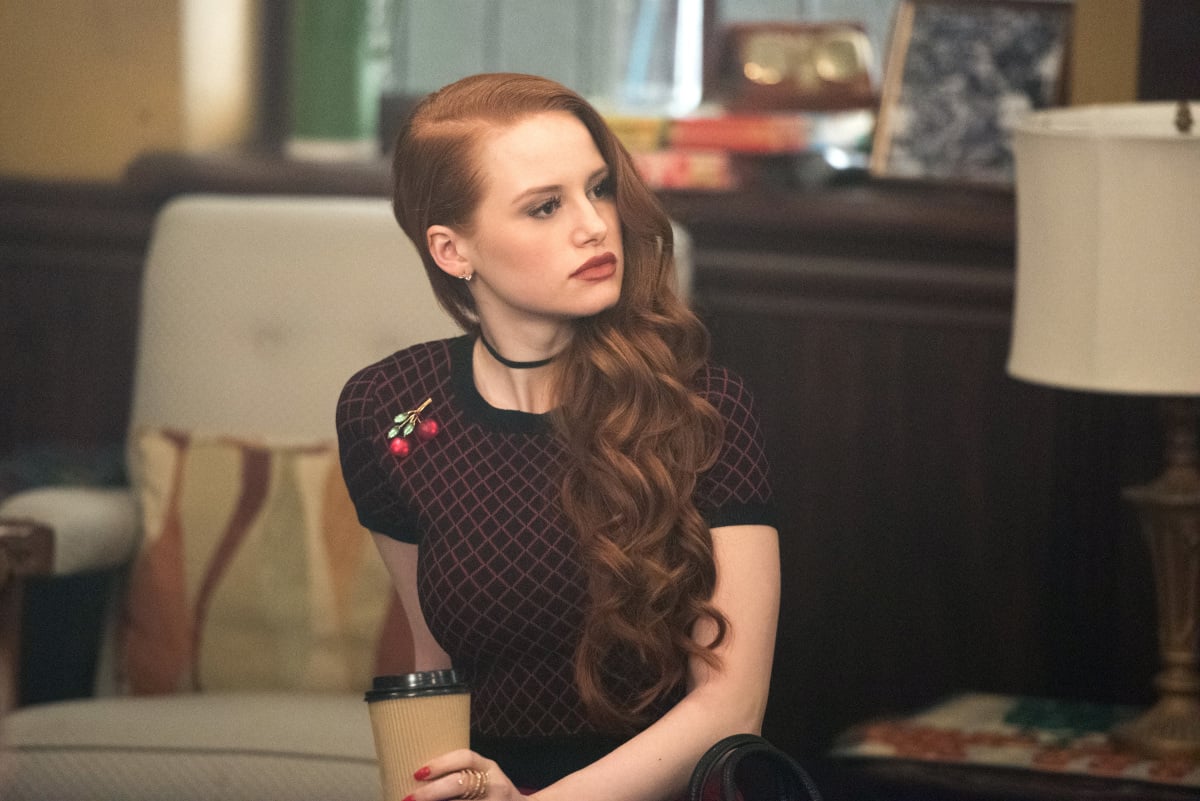 Warning: this post contains spoilers from the season two premiere of Riverdale.

Season one of Riverdale might solve the mystery of who killed Jason Blossom (his own father pulled the trigger, ICYMI), but we certainly still have a boatload of lingering questions as we nosedive into season two. Why on earth did Clifford Blossom murder his own son? When exactly will we meet Betty Cooper's long-lost brother? Who the hell shot Fred Andrews in Pop's? And perhaps one of our most pressing questions: was Cliff Blossom's suicide actually a suicide?

We've been mulling over that last question for quite some time now and have cause to believe that Mr. Blossom was — *gasp* — actually murdered by Penelope and/or Cheryl Blossom. Yes, seriously. Strap in, Riverdaddies, because we're about to unpack a sinister theory that just might blow your maple-syrup-loving mind.

Related:
We Have a Crazy Theory About Betty's Older Brother, So Just Hear Us Out

Let's chat evidence from season one, shall we?

It's been quite some time since Mr. Blossom's onscreen death, so allow us to first refresh your memory about what went down in the not-so-innocent town of Riverdale that fateful evening. Betty Cooper (aka Nancy freakin' Drew) discovers a USB drive hidden in Jason Blossom's old letterman jacket, and it contains video footage showing Cliff shooting Jason in the head. After watching the incriminating video with the rest of her friends in Archie's garage, Betty immediately calls Cheryl to warn her to leave Thorn Hill ASAP. And that's when Cheryl delivers perhaps one of her most chilling lines yet as she confronts her father about his dirty deed: "You did a bad thing, Daddy, and now everyone knows."

A few scenes later, the cops show up at Thorn Hill after watching the video on the USB. When Sheriff Keller arrives, the Blossom women are standing out front and direct them toward the barn, where Cliff is hanging by a noose (and surrounded by syrup barrels full of drugs). It's Cheryl and Penelope's facial expressions in that moment that first piqued our interest and made us wonder if maybe they actually staged Mr. Blossom's death to look like a suicide. As they point toward the family barn, they're so eerily solemn — not distressed, frantic, or shocked at all, as one would expect a daughter and wife to act after their father and husband kills himself. 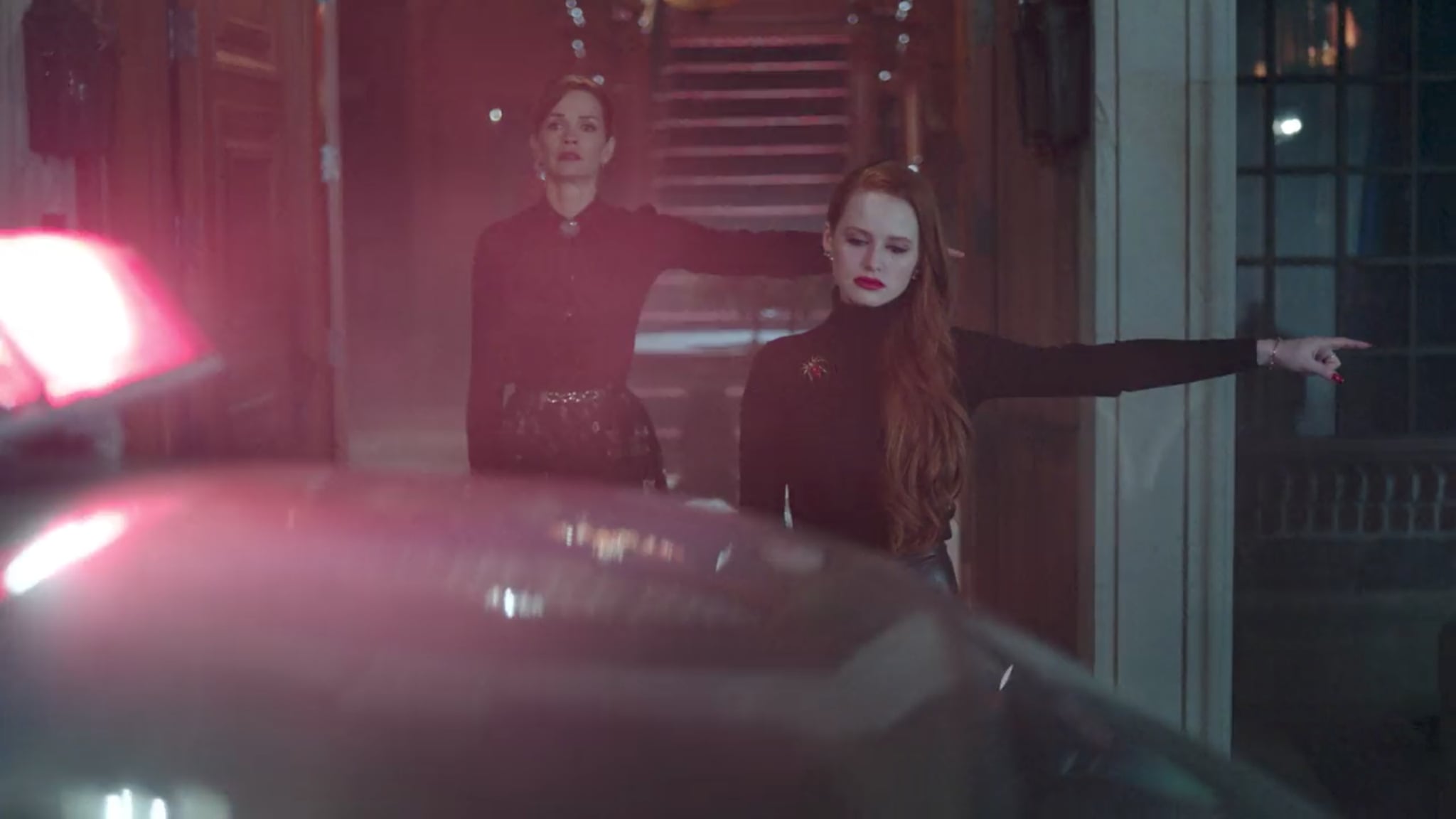 That brings us to the season two premiere, where the next piece of evidence unravels right before our eyes — and it happens so quickly that we wouldn't be surprised if you missed it. After Cheryl starts the fire that burns down Thorn Hill (which they pass off as an "accident"), Penelope runs back inside to salvage a family portrait, leaving her severely burned. When Cheryl visits her bandage-covered mom in the hospital, she delivers a hostile threat laced with a reference to her father's death. "If you tell anyone the truth about what happened with the fire, I'll tell everyone what really happened in the barn with Daddy," she warns Penelope. Oh, snap — blackmail alert! It sounds to us like these two have something evil to hide about "what really happened in the barn," and they don't want anyone to know their dirty little secrets.

It sounds to us like these two have something evil to hide about "what really happened in the barn," and they don't want anyone to know their dirty little secrets.

On top of this evidence, Cheryl and Penelope have a clear-as-day motive for killing Cliff. The two women, especially Cheryl, obviously adored Jason, and since Cliff was the one who killed him, they may have developed an eye-for-an-eye mentality to get back at him for destroying their family. We're thinking either Mrs. Blossom killed him or the two worked together to murder him and pass it off as a suicide. As the saying goes, payback is a b*tch, and this time, that b*tch just might happen to have red hair.

Though we're pretty sure season two will focus on this murderer-on-the-loose situation that's been developing since Mr. Andrews was shot, this tidbit could be the producers' way of letting us know Cheryl will explore her darker side even more this season. The Blossom women clearly have an even more evil, sinister streak that we didn't know existed, and we seriously can't wait for more drama to go down in the little town of Riverdale.