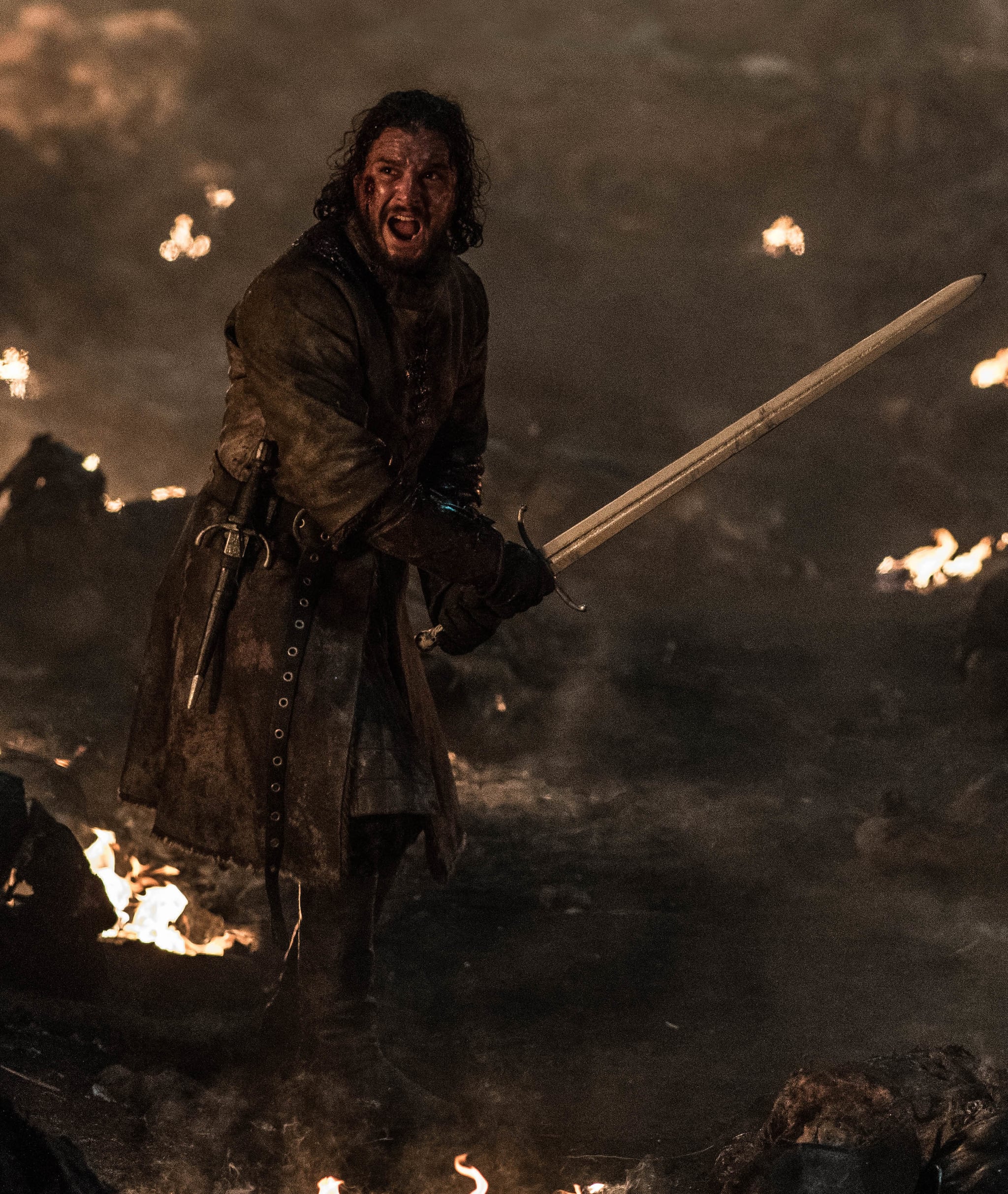 Warning: the following post contains spoilers for Game of Thrones, but it's been a few days, so what are you waiting for?!

Arya Stark is the undisputed MVP of Game of Thrones' Battle of Winterfell in season eight's action-packed third episode, "The Long Night." Sure, Melisandre does her fiery thing, Theon defends Bran and dies gracefully, Jorah defends his dragon queen also to his death, and the entire Dothraki army takes one for the team, but Arya kills the damn Night King, and that is the ultimate mic drop. With all these major players getting bloody and fighting for their lives, we have to ask: WHAT THE HELL WAS JON SNOW DOING?! He casually watches as Sam almost get slaughtered, he rides Rhaegal like he's at Six Flags while the rest of Winterfell is bleeding out, and he screams at Viserion like a toddler having a temper tantrum during said Six Flags visit.

With all the buildup of the so-called King of the North joining forces with Daenerys Targaryen to fight the Army of the Dead, we have to question his role in the battle. And much to our surprise, one fan is out here with some potential evidence that Jon Snow isn't as useless as we thought he was during the standoff with the Night King.

Related:
The Night King Actor Opens Up About Filming THAT "Emotional" Scene With Maisie Williams

According to Reddit user Applesoapp, "Jon screamed at the undead dragon to distract it so Arya can run past and kill the Night King. The undead dragon was protecting the entrance to the Godswood." We're listening . . . the user goes on to claim that after watching it again, they hear Jon scream "GOOOOO — GO — GO" instead of the "Aaaahhhh" I personally heard while watching the episode the first time and upon playing the footage back in the video below. They continue, "10 seconds later the scene you can see the hair of a White Walker flying up when Arya sprints past the group of White Walkers. Jon once again was ready to sacrifice himself to kill the Night King."

OK, so, I'm just assuming this GOT fan owns night-vision goggles and is able to see the episode entirely in its dim-lit glory, but with my eyes squinting and face pressing against my computer screen, I'm still pretty iffy. I'd love to think that Jon is actually useful in helping Arya kill the Night King, but I don't think I'll ever be able to get the visual of Jon foolishly shrieking at a blue-fire-spitting dragon out of my head. Watch the clip below to see Jon possibly scream "Go!" to Arya around the 2:20 mark.