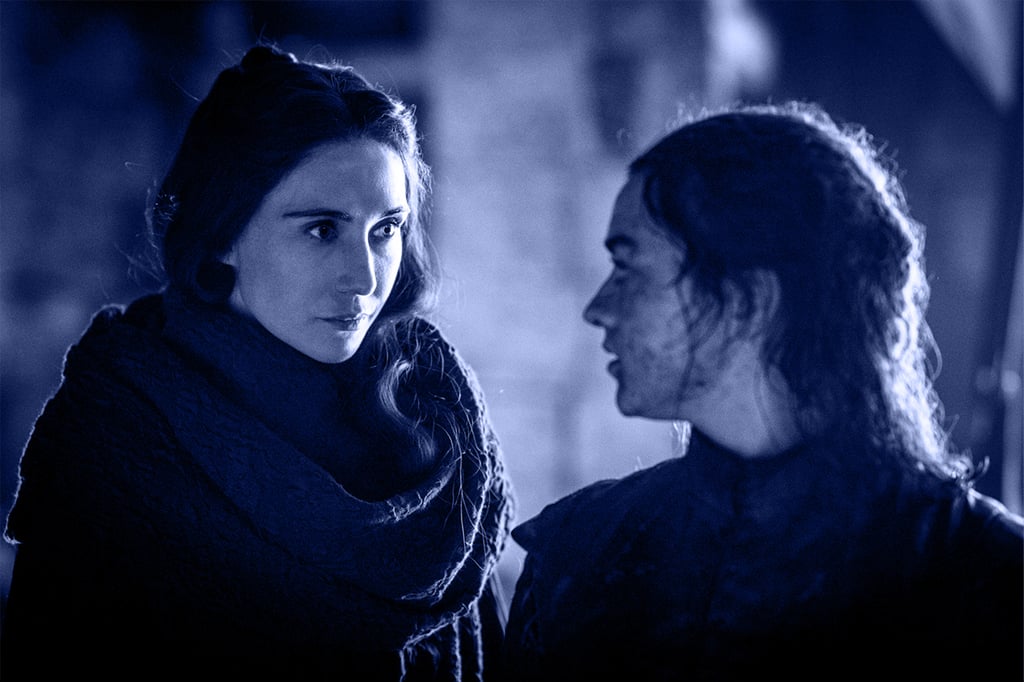 Game of Thrones MVP: Arya and Melisandre Prove a Bit of Magic and Trickery Goes a Long Way

Welcome to Game of Thrones: MVP of the Week, a weekly feature in which we crown the character who stands out most during each episode of season eight. The MVP may have had the most kills, given the best monologue, or died the most heroic death. (Hey, we're just covering all our bases!)

I'm going to be honest: nothing about Sunday's episode of Game of Thrones goes the way I thought it would. Of course, I knew there were going to be some devastating goodbyes (Alfie Allen deserves ALL the awards for his work as Theon, like, wow) and the battle scenes were going to be a little hard to watch — though I thought that would be for emotional reasons, not lighting issues — but I definitely didn't expect the Battle of Winterfell to end like that!

Arya Stark, first of her name, really creeps through the wreckage of her family home and straight-up murks the Night King. Melisandre sashays her way into Winterfell and basically invents fire for the Northerners. How could I not declare these two badasses as the winners of this week's MVP award? They are pivotal in ending the Battle of Winterfell and saving the whole damn Seven Kingdoms from a seasons-long menace.

And yes, I get it, everyone does their part during this war. But there's absolutely no denying that without these two leading ladies, the Battle of Winterfell would have been a whole lot bloodier. Keep reading to rejoice in the greatness that these two women bring to "The Long Night," and pay your respects to our runners-up, because they're important, too!

Related:
Game of Thrones MVP: Brienne Becoming a Knight Was Everything We Wanted and More
Previous Next Start Slideshow
Game Of ThronesTV
Around The Web