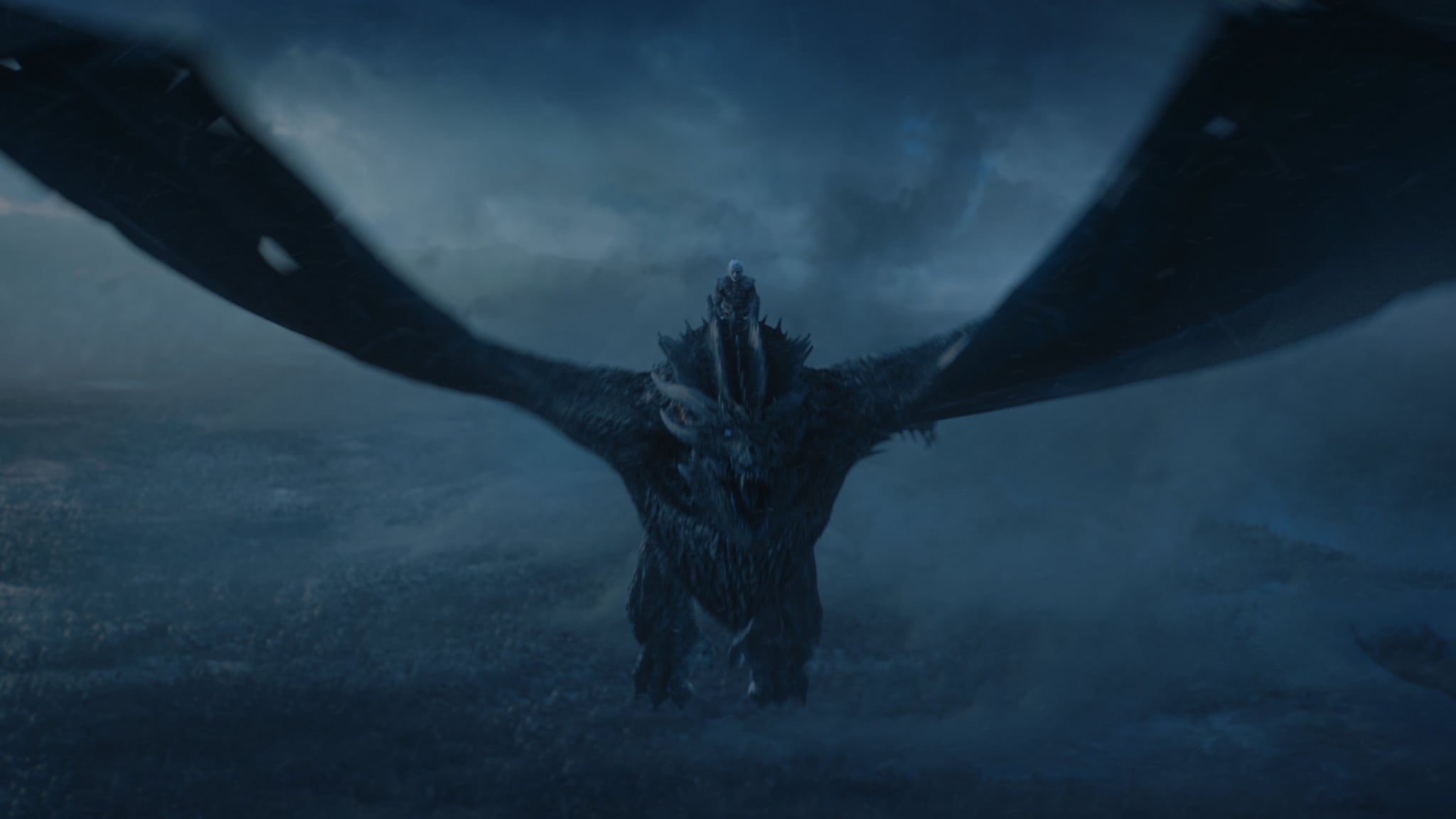 Jon Snow and Daenerys Targaryen already have a lot on their minds as they prep for the Battle of Winterfell on Game of Thrones, and we hate to add anything else to their plate, but have they really thought about how they're going to deal with Viserion? With the Night King seemingly coming for Bran, he's sure to bring his new pet along, too. So far, we've only seen Viserion in action once since he became an ice dragon, but once was enough. He manages to bring down the Wall all on his own. That's a huge deal, and it speaks to just how powerful he is now. If he comes to Winterfell, it could be game over for our favorite characters, unless they know a secret to killing an ice dragon that we're not privy to.

We know how to kill a regular dragon. Creatures like Drogon and Rhaegal are hard to kill, but it's not impossible. They can be starved, they can kill one another as they did during the Dance of Dragons, and well-crafted man-made weapons can wound them. Or, in Viserion's case, a magical weapon can bring them down. But ice dragons are an unknown entity in the world of Westeros. There's no record of them that we know of or a guide on how to destroy them. Our best guess is that they can be killed using similar techniques as the ones used to kill White Walkers.

There are only four things that can stop White Walkers: Valyrian steel, dragonglass, fire, and large bodies of water (in season six we learn that they can't swim). Drowning an ice dragon doesn't seem like a practical solution, so that option's off the table. Valyrian steel is extremely rare and in order to stab Viserion with it, someone would need to get within sword lunging distance of the beast. That sounds like a suicide mission, and there's no guarantee that a sword — even one made of Valyrian steel — could pierce his hide. Likewise, a dragonglass weapon of considerable size would need to be constructed in order to kill an ice dragon, and Jon's army has been pretty busy just outfitting soldiers with weapons, never mind building an ice dragon killing machine.

Ultimately, that just leaves fire. Daenerys always says that fire can't kill a dragon, but Viserion isn't a normal dragon anymore. If he's anything like the White Walkers, then flames may be enough to stop him from causing untold damage to the people seeking safety at Winterfell. And the best way to hit him with fire is to use his brothers against him. Even though it will put them at risk, the Dragon Queen may be forced to send Drogon and Rhaegal to fight their undead sibling. Their combined firepower might just be enough to destroy an ice dragon, but even that's no guarantee.

The best everyone can hope for is that Jon can get close enough to the Night King to kill him. If he falls, all of his creations will go with him, including his ice dragon. Barring that, Viserion seems to be nearly indestructible unless his brothers prove to be strong enough to end his icy reign.