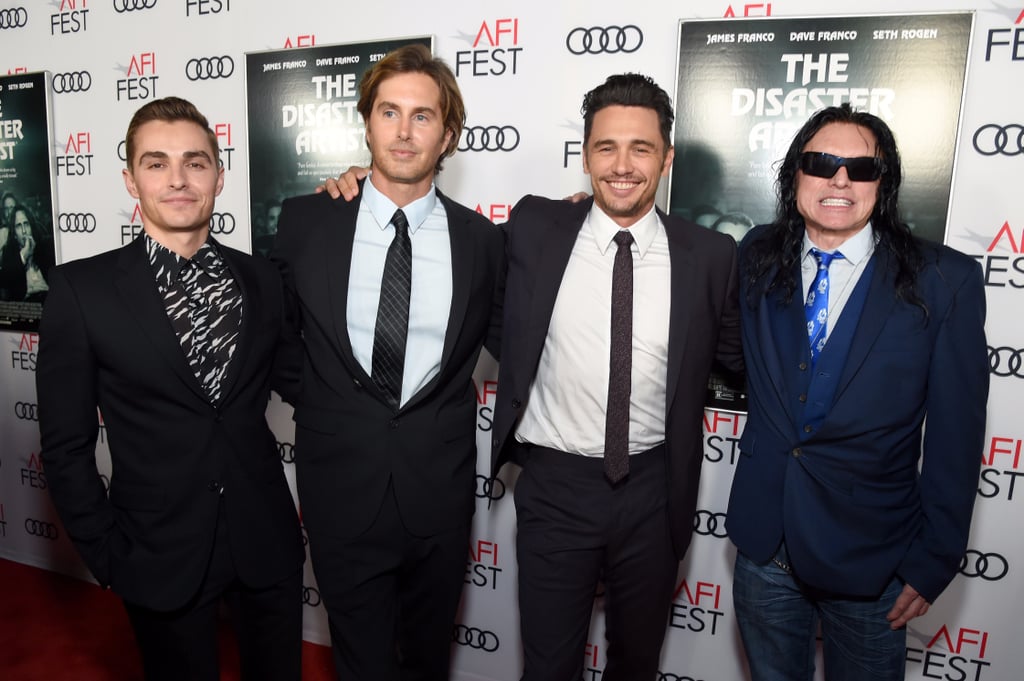 The Disaster Artist: See James Franco Next to The Room's Real Tommy Wiseau

In The Disaster Artist, James Franco goes for double duty as the film's director and lead actor, which itself was an additional challenge, given that he's playing a real-life person he actually looks nothing like in real life. The film — which already picked up a Golden Globe nomination and a nod from the SAG Awards — is an adaptation of the book of the same name, written by actor Greg Sestero, who starred in the "best worst movie ever made," 2003's The Room; The Disaster Artist tells the story of the making of that film and its enigmatic, ambitious star: Tommy Wiseau. James and Dave Franco play Tommy Wiseau and Greg Sestero, respectively, and to really appreciate James Franco's commitment, you have to see what the real Tommy Wiseau looks like. Here, side by sides of both Francos and their real-life counterparts.