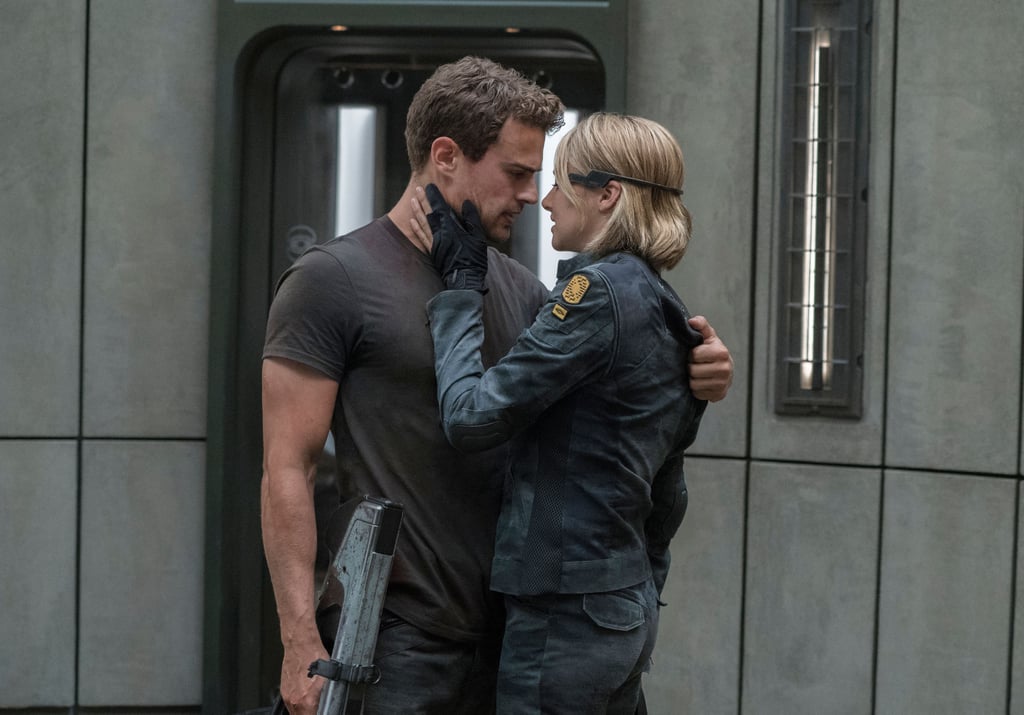 The main romance at the center of the Divergent franchise might as well have inspired Rihanna's lyrics, "We found love in a hopeless place," because Tris and Four's romance has certainly been through the ringer. Played excellently by Shailene Woodley and Theo James, the characters have managed to overcome brainwashed soldiers, an all-out war, and, worst of all, some seriously questionable tattoos. Just in time for Allegiant's release, catch up on every moment that proves Tris and Four's relationship is unbreakable, and then find out the one thing Woodley says she doesn't have in common with her character.