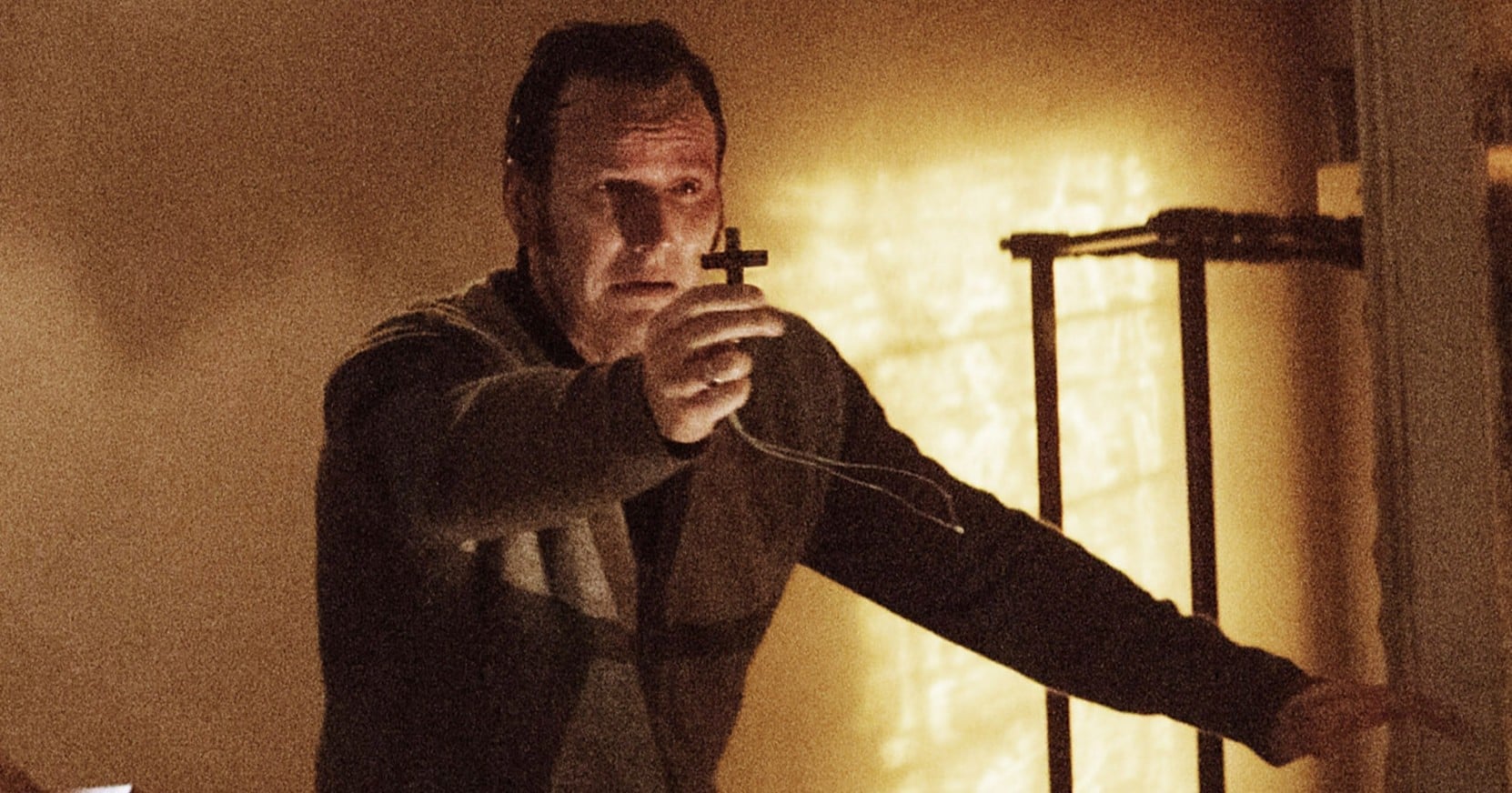 As it currently stands, there are quite a few movies in the Conjuring universe, with a bunch more on the way. That's a lot of creepy sets, a lot of crucifixes, and a lot of fiddling with spiritual forces we as humans can barely grasp. As it turns out, though, there's a special superstition in place that at least seems to keep the demons and ghouls at bay. This past December, I was lucky enough to visit the Los Angeles set of Annabelle Comes Home, where I learned a pretty interesting fact about these movies: they always have the set blessed by an actual priest to ward off evil spirits.

During my visit, I was shepherded through the day by the production's charming unit publicist, James Ferrera. He's the one who told me about the fun fact. As it turns out, they didn't think to bless the set of the first film in the series, The Conjuring. But ever since, it's become tradition. "We've done a set blessing on all of the films beginning with The Conjuring 2," Ferrera told me. "On The Conjuring 2, we had an exorcist that was recommended to us by Lorraine [Warren] — a friend of hers who's sanctioned by the church to exorcise buildings but not people. Apparently there are different levels of sanctions for exorcisms."

While he couldn't remember who had blessed the Annabelle set, he was able to piece it together from there. "On Annabelle: Creation, we had a local priest from St. Monica's parish in Santa Monica do it."

That brings us to one of the franchise's recently released films, 2018's The Nun. "On The Nun, it was the only one we didn't do a set blessing with a Catholic priest, because we were in Romania and it's 95 percent Eastern Orthodox. So, we had an Eastern Orthodox priest do the blessing at a castle in Transylvania," Ferrera recalled, then told me they'd had a local Catholic priest for the set of Annabelle Comes Home. As the franchise continues, the practice has become something that's equal parts tradition and superstition. "It worked out on The Conjuring 2," Ferrera said with a shrug. "We had very few reports of things happening, so we just kept up that tradition ever since."

With my curiosity piqued, I sprinkled in questions about the set blessings during my interviews throughout the day. The spookiest part? It seems they didn't bless the set of Annabelle Comes Home at the start of production, because a couple members of the cast recounted creepy on-set experiences that happened before the set was eventually blessed. Here's hoping things stayed quiet after the fact.

You may think this whole "set blessing" thing sounds kind of silly, but I'll leave you with this: some of Hollywood's most iconic (and demonic) horror movies were plagued with unsettling setbacks during production. Take The Omen, which is considered one of the most haunted films productions in history. Then there's the set of Poltergeist, which befell great misfortune after the crew used real human skeletons to film one scene. And with a demonic doll in the mix — there's a real Annabelle doll, people — I bet that set blessing is sounding real good right about now.

Movies
Cassie Lang Is Ready to Shake Up the MCU in this Exclusive "Ant-Man and the Wasp: Quantumania" Featurette
by Victoria Edel 21 hours ago