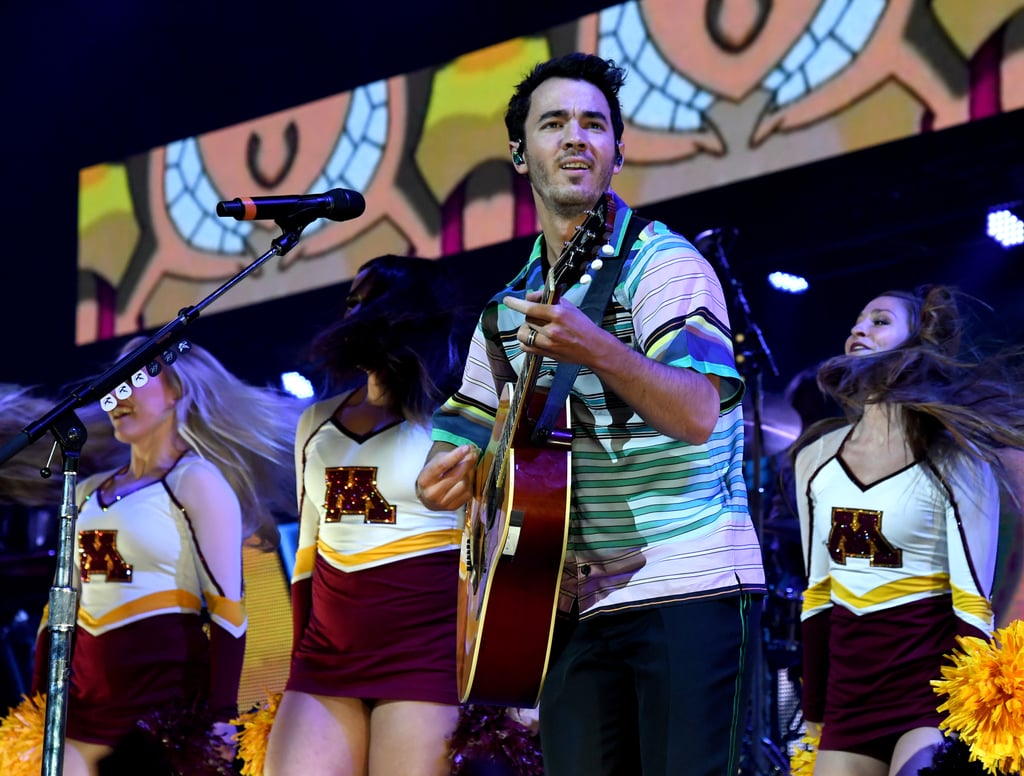 Kevin Jonas is best known for rocking out on the guitar with his brothers, but Jonas Brothers fans have long wondered why doesn't he sing as much. While Nick and Joe were always positioned as the frontmen of the Jonas Brothers, Kevin has indeed taken lead on a few songs over the years. In addition to singing live during their concerts, Kevin also had a big solo on their Disney Channel show, JONAS. Fans even think that Kevin sings lead a few times on their new album, Happiness Begins, though that hasn't been confirmed. Based on the few glimpses we've gotten, Kevin's voice is pretty much the perfect blend of his younger brothers' voices. Are you intrigued? Take a better listen by watching these videos of Kevin singing ahead!

Zayn Malik
Zayn Malik Reminisces by Singing a One Direction Song — But What Does It Mean?
by Izzie Deibe 1 hour ago