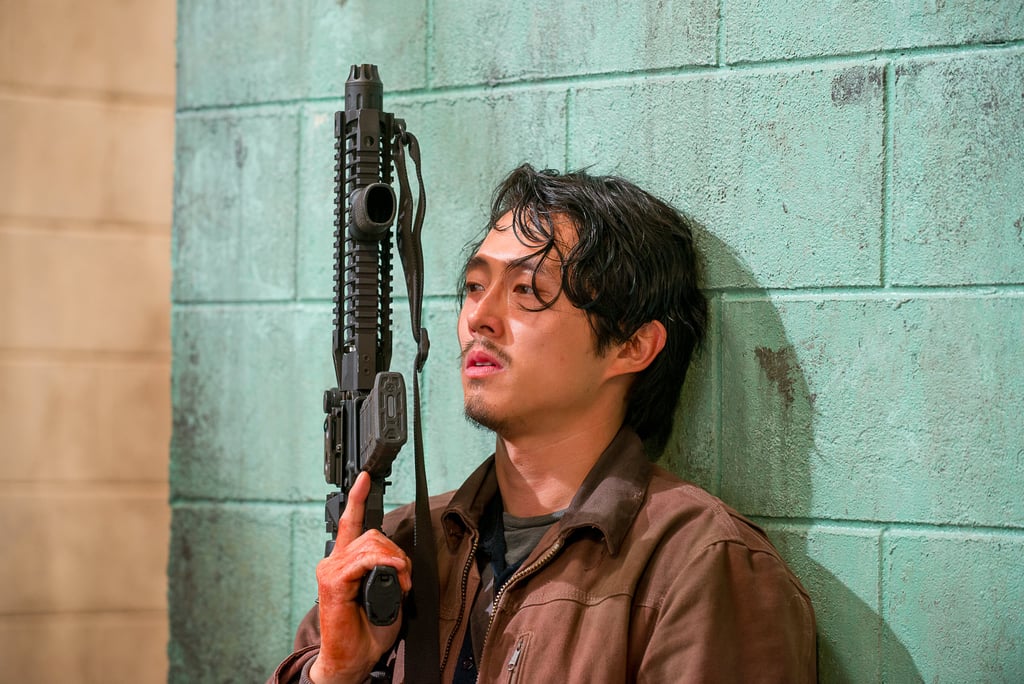 The Walking Dead is all set for its seventh season premiere, but that doesn't mean we're done talking about the gut-wrenching season six finale. If you've been keeping up — which, like, we're assuming you have — you'll know that we have no idea who Negan kills in the final moments. It's led to a sort of upheaval in the TWD fandom. Suffice to say, everyone is pissed, and the showrunners are seriously on the defensive. Here's the thing, though: we're pretty sure it's Glenn, and not just because he dies in the comics.

Camila Mendes
If Hollywood Won't Create Content For the Latinx Community, Camila Mendes Will Do It Herself
by Kelsie Gibson 1 day ago

Netflix
Uh, Did We Completely Miss This Obvious Murder in You Season 2?
by Stacey Nguyen 4 hours ago