The Sopranos ended back in 2007, but until now, the jury has been out about whether Tony Soprano (James Gandolfini) is killed immediately following that final episode, "Made in America." The series finale ends on a cliffhanger, with Tony, Carmela, and A.J. all sitting at the diner, Meadow on her way in, and a man in a Members Only jacket possibly about to carry out a hit on the family. In a new interview with Vox, creator David Chase finally revealed Tony's fate. When questioned whether the Soprano patriarch is dead, Chase apparently shook his head and said, "No, no he isn't."

While I'd like some more info on what exactly does happen to Tony and his clan following the finale, that's apparently all the detail Chase is willing to surrender at this point. Are you satisfied? 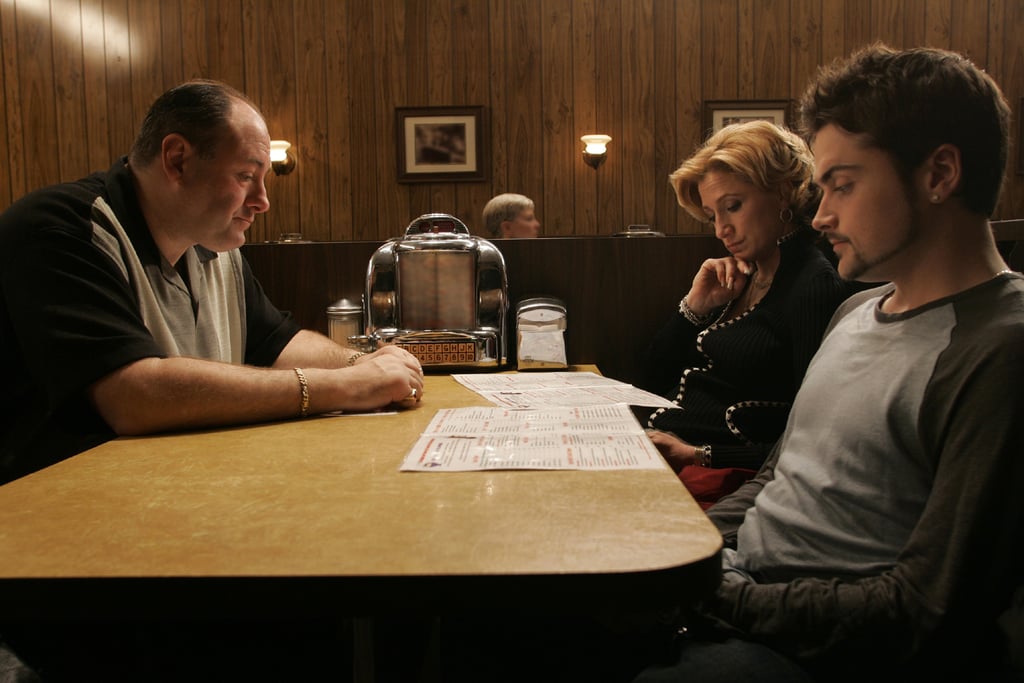 Image Source: HBO
The SopranosTVEntertainment News
Around The Web