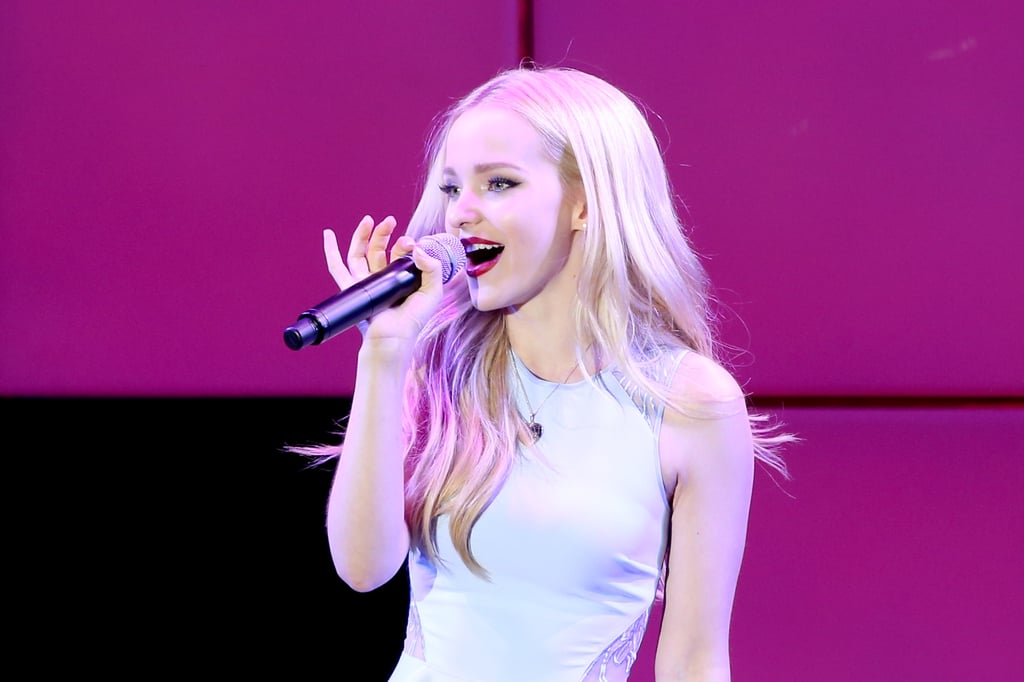 Can We Talk About How Ethereal Dove Cameron's Singing Is? It's Important

Listen to any Dove Cameron song and you might mistake her for voice for an angel. The 23-year-old performer first rose to fame as the star of Disney Channel's Liv and Maddie before donning a purple wig as the wicked Mal in the Descendants films. Over the years, not only has Cameron has shown us that she's a brilliant actress, but she also has a truly magical voice.

Thanks to her Disney roles, she has multiple albums with tracks that show off her vocal chops, including "My Destiny" and her rendition of Christina Aguilera's "Genie in a Bottle." And her Capital FM "Finish the Lyric" video, in which she covers multiple popular songs, such as Lil Nas X's "Old Town Road" and Billie Eilish's "Bad Guy," also proves that she has the range to beautifully belt any genre. Ahead, watch Cameron sing renditions of chart-toppers as well as some of her own best hits!

Olivia Rodrigo
Olivia Rodrigo Is a Classic Pisces; Here's What an Astrologer Had to Say About Her Chart
by Brittany Beringer-Tobing 1 day ago