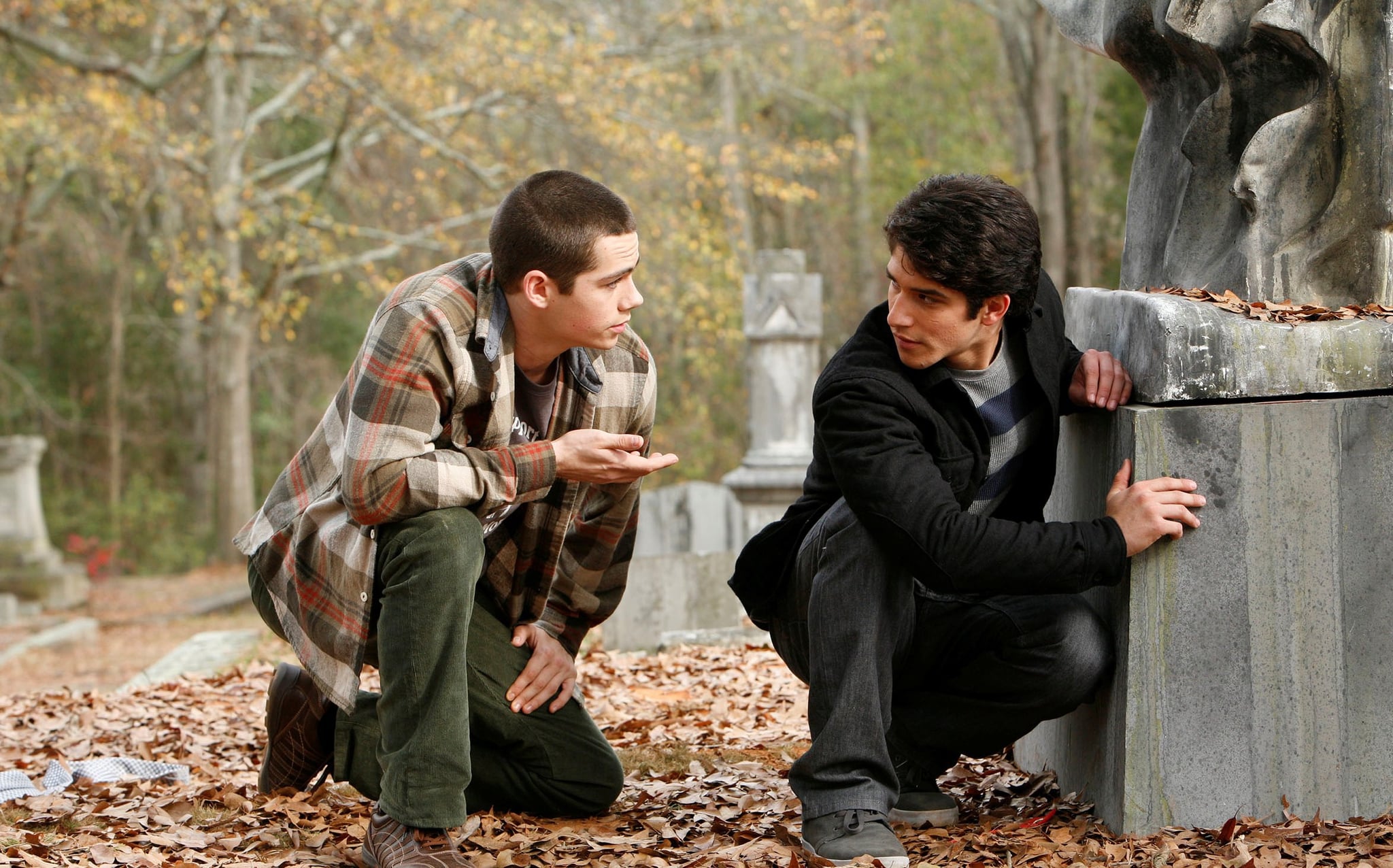 When Teen Wolf fan-favorite Dylan O'Brien surprised attendees at the show's final Comic-Con panel, there were more than a few tears shed in the audience. And it wasn't just fans who got emotional about the series, which is set to end after its sixth season and 100th episode. Several cast members nearly teared up when discussing the show's run, but O'Brien and costar Tyler Posey might have been the most sentimental members of the panel.

"I'll always look back at Stiles as being my favorite."

When talking about the things Teen Wolf has taught them over its time on MTV, Posey touched on his and O'Brien's close friendship. "I knew going into it, it wouldn't be just a job. It would be finding my purpose," he said, mentioning that the Teen Wolf set felt different from other TV shows from the very beginning. "When I met Dyl [O'Brien] — god dammit," he said, pausing to regain composure and holding back tears. Posey continued, "Everything we were talking about for the show — we were talking about moving in together . . . there was so much incentive for me to enjoy it. It wasn't just work. It was friendship; it was finding my purpose in life."

O'Brien echoed a similar sentiment. "For me it was never a job, especially from the beginning. I was a kid out of high school who had never acted before," he told the audience, many of the members of which have followed his blossoming career from the beginning. "This show became my entire school that I came to every day to learn what I was doing," he continued. "The show started that way and it became home."

Later, O'Brien also talked about what Stiles means to him as a character. "To this day — and I think this'll remain true for the rest of my career — I'll always look back at Stiles as being my favorite," O'Brien told Comic-Con attendees, garnering massive applause. "It's just the ultimate character."

The show returns for its final run on July 30.

Netflix
An Update on Where Dr. Donald Cline From "Our Father" Is Now
by Pallavi Bhadu 2 hours ago