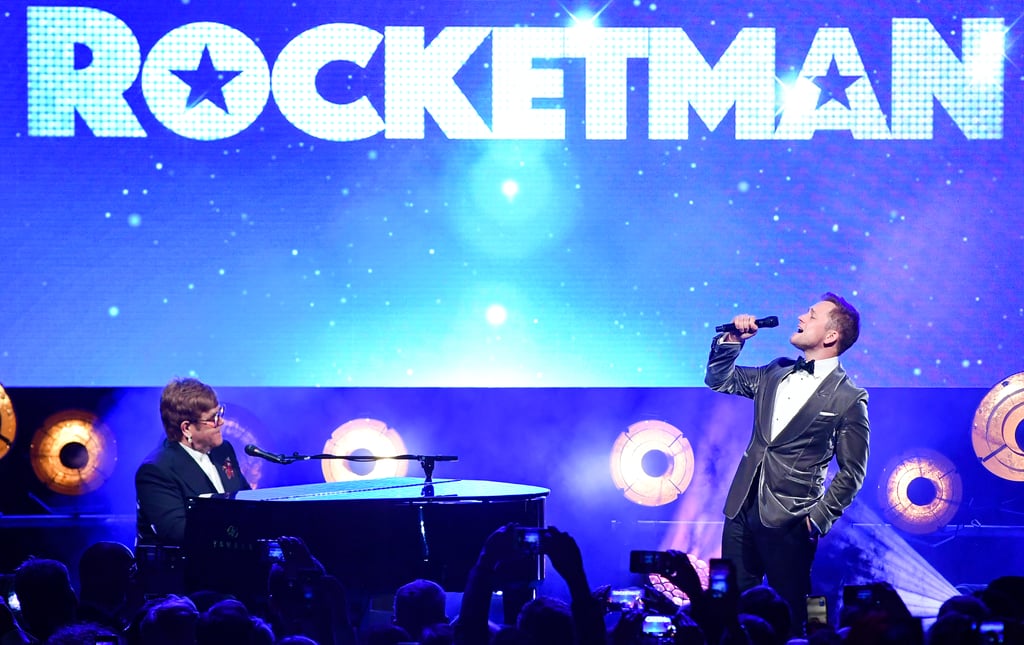 The wait for Elton John's musical biopic Rocketman is just about over: the movie premiered at the 72nd annual Cannes Film Festival on Thursday. To mark the occasion, the 72-year-old icon performed "Rocket Man" with Taron Egerton, the actor who plays John in the film, at an elegant gala held after the premiere. If you had any doubts about the biopic, know that it received a standing ovation and Egerton got emotional in the proud moment.

We've already seen these two perform at an Oscars party, so we know they can work a stage. While no one can compare to Elton John himself, Egerton clearly earned his role for a reason (yes, he's really singing in the movie!), and the performance is impressive. Rebecca Keegan from The Hollywood Reporter captured a video of the Cannes event, and it's worth a watch. See the clip and some stunning photos from the gala ahead. Rocketman hits theaters May 31.