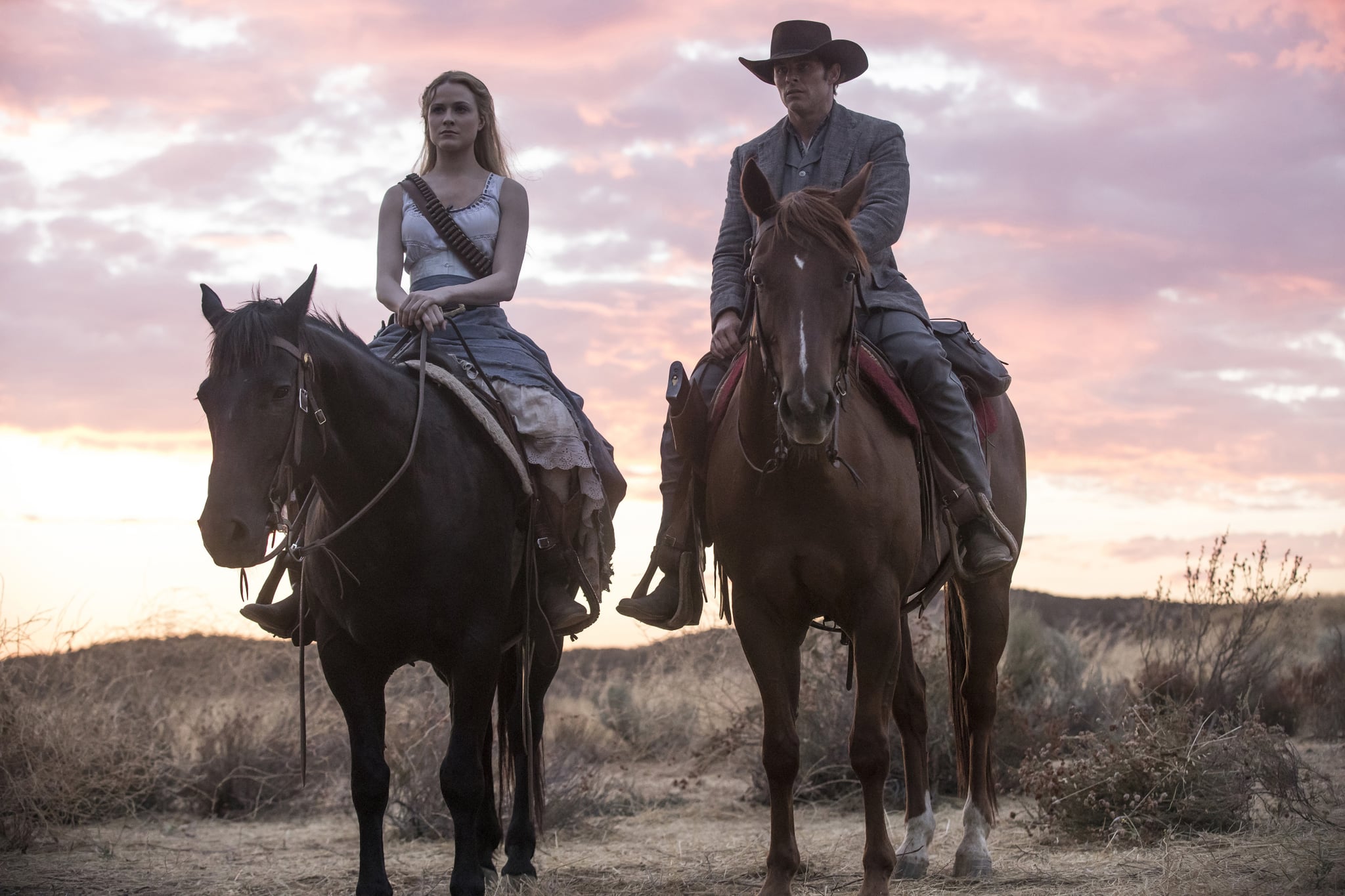 You might think, at this point, that discovering that some of TV's most-buzzed about leading ladies — ones who carry their shows and are largely the reasons people keep watching — are being paid less than their male costars would come as less of a shock. It happens pretty much weekly at this point. But every time news about it comes out, it's just as unbelievably disappointing as the time before. Luckily, we have some more promising news to report on the issue today: Evan Rachel Wood will finally receive the same salary as her leading male counterparts for her work on season three of Westworld. The actress, who plays Dolores on the hit HBO sci-fi drama, recently opened up to The Wrap about how she found out.

"I think I'm just now to the point where I'm getting paid the same as my male co-stars," she said, explaining that she'll now be making the same amount as Anthony Hopkins and Ed Harris. "I was just told that, you know, 'Hey, you're getting equal pay.' And I almost got emotional. I was like, 'I have never been paid the same as my male counterparts . . . never, never.' I'm always fighting for that. Westworld, it's like, I get it a little more. It's like, 'Well, you're Anthony Hopkins or Ed Harris.' But I think now we're all doing equal amounts of work and really hard work."

"'I have never been paid the same as my male counterparts . . . never, never.' I'm always fighting for that."

It might be hard to believe that anyone would dare pay Dolores less than she's worth (these violent delights have violent ends, after all), but typically how much an actor gets paid for a project is based on the actor's quote, which is the amount of money they made for their last job. So, as Wood notes, it makes sense that Harris and Hopkins would be offered more than she was going into season one thanks to their Oscar-winning and nominated careers and lengthy résumés. Fortunately, it seems HBO's initiative to fix pay disparities on some of its biggest shows is actually the real deal.

Earlier this month, HBO's president of programming, Casey Bloys, revealed that the Time's Up movement and working with Reese Witherspoon on Big Little Lies prompted them to action. "We've proactively gone through all of our shows — in fact, we just finished our process where we went through and made sure that there were no inappropriate disparities in pay," he said. "And where there were, if we found any, we corrected it going forward."

Related:
The Official Westworld Trailer Is a Gory, Deeply Unnerving Look at Season 2

Wood also added that she thinks HBO's plan to fix pay disparity is legitimate, as opposed to a simple ploy for good PR. "There is a lot of trying to make things equal and trying to make things fair," she said. "This is the first time that somebody made a point of being like, 'Hey you're getting this. And you deserve it.' And that was nice."

There was no mention of whether or not Wood's Westworld costar Thandie Newton is being offered the same deal, but since her character has become just as integral to the story as Dolores — and Newton's work is consistently flawless — it would only be fair if her salary has been increased in the same way.