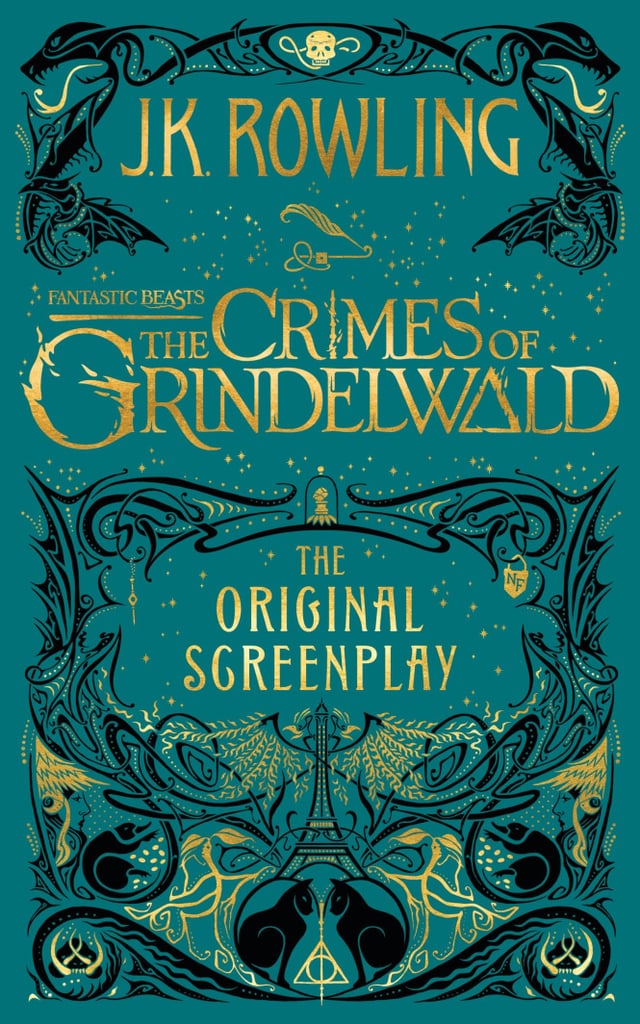 One of the most rewarding parts about being a Harry Potter fan in 2018 is the excitement of trying to guess what's next. After the literary release of Harry Potter and the Deathly Hallows in 2007, I was devastated to think that the days of predicting the wizarding world's twists and turns were over. Blessedly, I was wrong! Thanks to J.K. Rowling's Fantastic Beasts and Where to Find Them series, there are more magical mysteries to unravel . . . and the Fantastic Beasts: The Crimes of Grindelwald screenplay cover contains enough to delight any Potterhead.

The illustrated cover for the screenplay, which is available for preorder now, debuted on Pottermore on May 30. The intricate series of designs surrounding the title and Rowling's name aren't merely for your visual enjoyment: there are magical Easter eggs on nearly every inch of the book's cover. There are obvious nods to the movie, such as an Eiffel Tower in honor of the upcoming film's French setting . . . however, there are also tiny hints about the plot that might go unnoticed by the untrained eye.

Ahead, check out eight hidden secrets that I was able to discern from the cover. How many more can you discover when you zoom in on the screenplay cover?

Related:
Brace Yourselves, Potterheads — These Fantastic Beasts 2 Photos Are STUNNING
Previous Next Start Slideshow
Harry PotterBooksMoviesTheoriesFantastic Beasts The Crimes Of Grindelwald
Around The Web

by Monica Sisavat 43 seconds ago