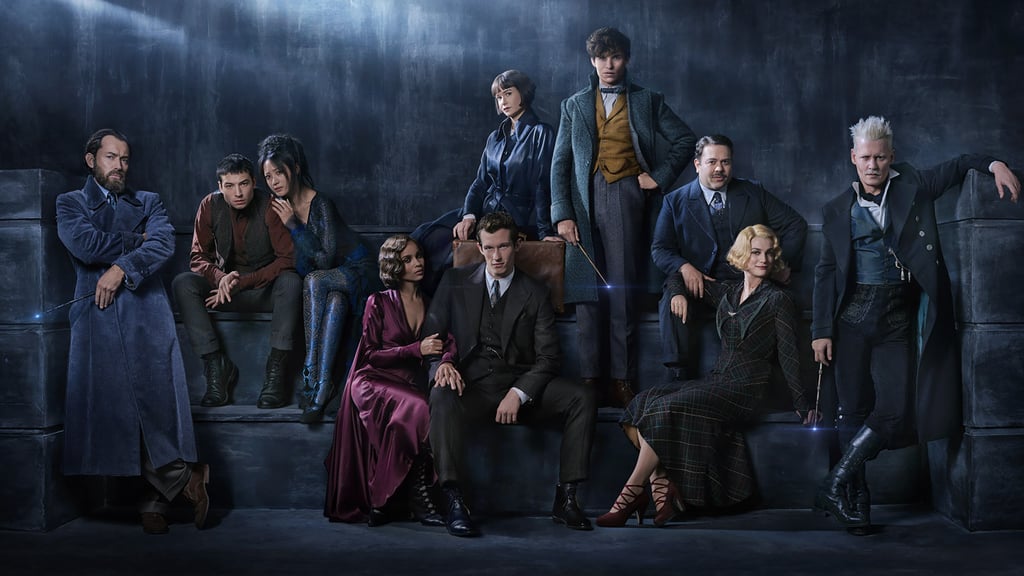 We might have to wait until November for the Fantastic Beasts and Where to Find Them sequel — Fantastic Beasts: The Crimes of Grindelwald — to hit theaters, but thankfully the studio has blessed us with plenty of magical distractions to keep us busy. In addition to a handful of full-length trailers and a bunch of photos of the cast in character, Warner Bros. has also shared some gorgeous new posters. There's a closer look at the movie's exciting new additions (including tons of shots of Jude Law's dashing young Dumbledore), as well as some close-up shots of the film's controversial villain, Grindelwald (Johnny Depp).

This isn't the first time we've gotten a sneak peek at the sequel, either. Warner Bros. has been releasing some key details about the new movie over the last year (like what the plot will be about as early as July 2017), but these photos are a revealing look at the next installment in Newt Scamander's (Eddie Redmayne) story. Take a look at every image we've gotten so far (including a photo of Hogwarts!) before Fantastic Beasts: The Crimes of Grindelwald hits theaters on Nov. 16, 2018.

Health
Whoopi Goldberg Was Not Wearing a Fat Suit, but Honestly, Why Should It Matter?
by Melanie Whyte 22 hours ago