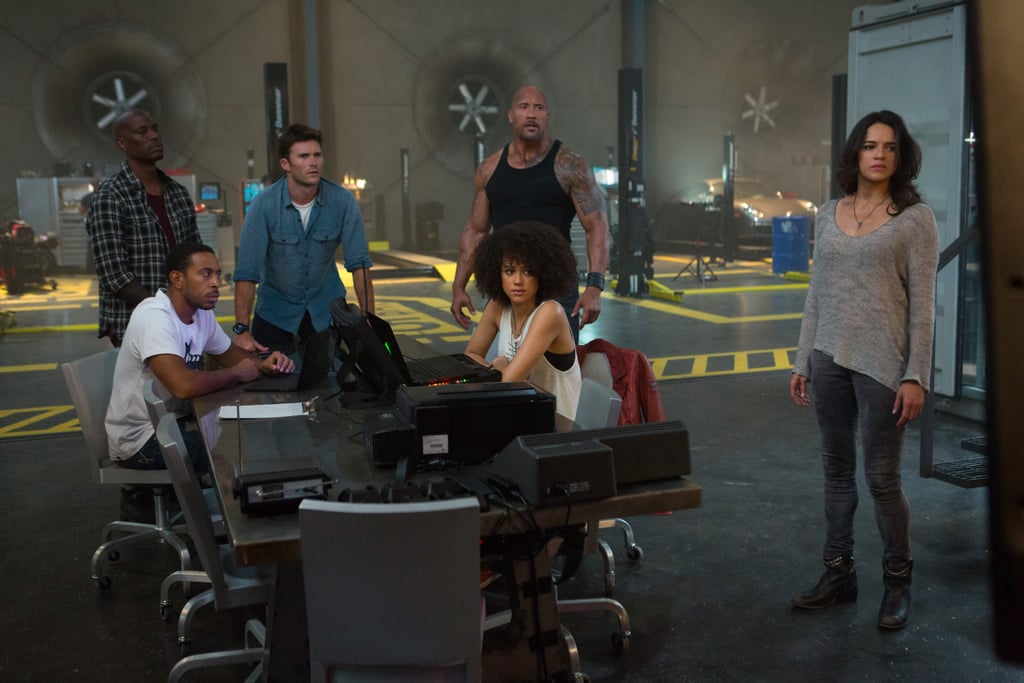 The Fate of the Furious: The Full Cast

The Fate of the Furious is racing into theaters to remind you that that one time you went 120 MPH on the highway is not as cool as you think. Vin Diesel, Dwayne Johnson, and Michelle Rodriguez are just a few of the regulars who are returning, and there are also some fresh faces in the mix. While you're listening to the soundtrack, check out exactly who is included in the new cast, plus who they're playing!