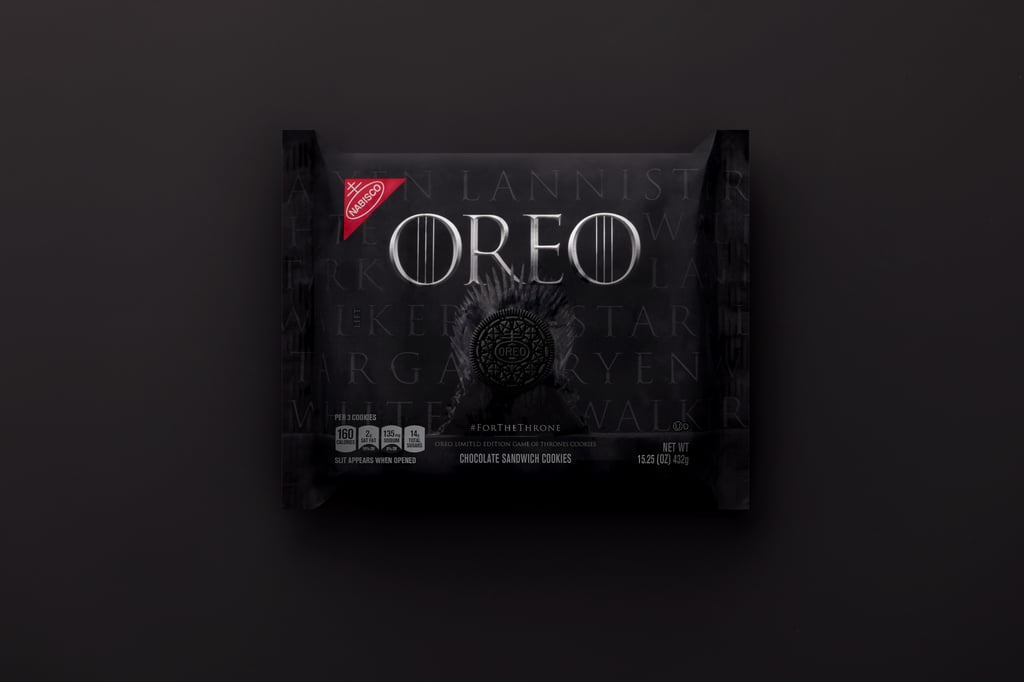 I may not be the mother of dragons, but I'd like to be known as the mother of Oreos. I consider my hidden talent finishing off a sleeve in one sitting, preferably while binge-watching my favorite series. So imagine my delight now that we can confirm: Game of Thrones-themed Oreos have arrived! The new cookie will be released on April 8, a few days before the HBO's shows final season premiere on April 14.

It looks like there won't be any changes to the traditional flavor, but there will be four unique embossments inspired by House Targaryen, Lannister, Stark, and even the White Walkers. This appears to be the latest in GoT's "#ForTheThrone" campaign, which already resulted in an Urban Decay collection and a Bud Light Super Bowl commercial.

Related:
Game of Thrones Released 30 New Photos From Season 8, and They'll Chill You to the Bone
Previous Next Start Slideshow
Game Of ThronesOREOFood NewsTV