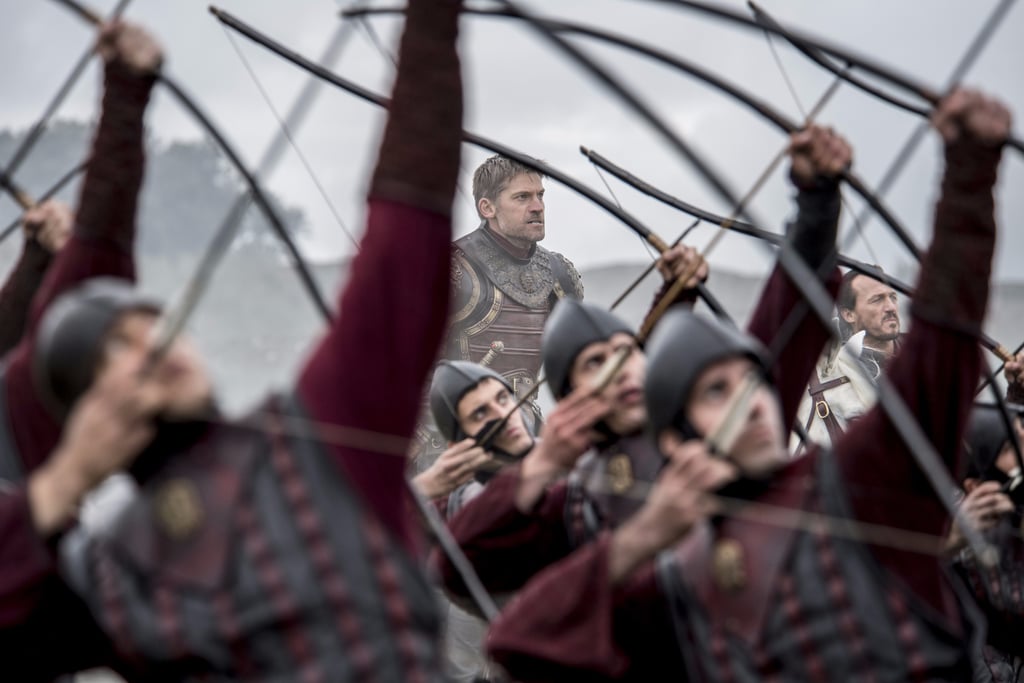 The following includes spoilers from Game of Thrones season seven.

Are there any words for the latest battle in Game of Thrones other than "HO-LY SH*T"?! The epic fight between Daenerys, her dragons, the Dothraki, and the Lannister forces is hard to fully describe with anything other than expletives, hand gestures, and general sound effects, but luckily that's what Twitter is for. Fans on the internet lost their freakin' minds over the battle scene; let's be real, the only thing more intense than the episode itself were the fan reactions!

We've gathered some of the most appropriately enthusiastic responses to the battle ahead. Because helloooooo, who could help losing their cool over that dracarys? (We certainly couldn't!)