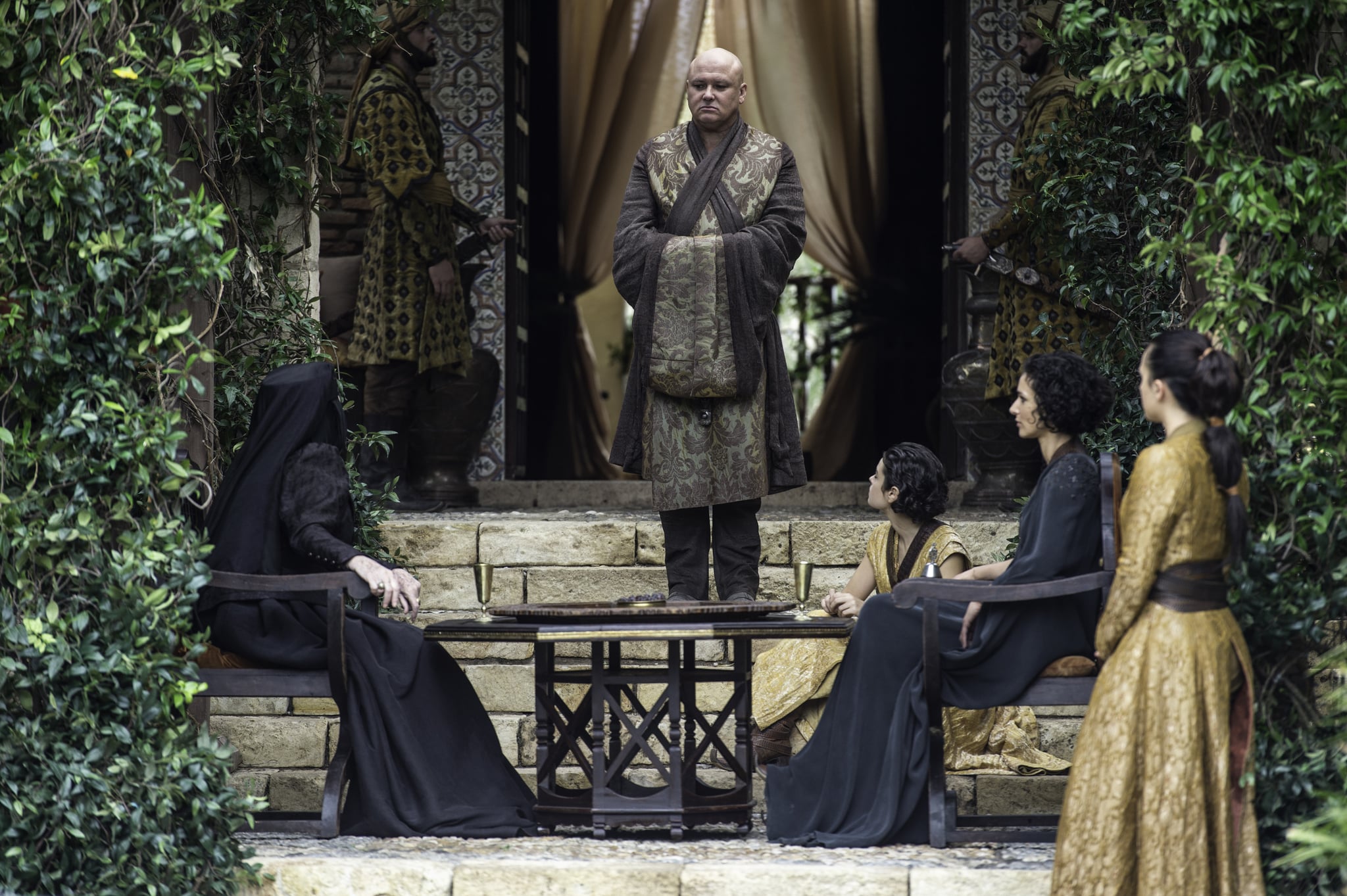 If one of the most shocking parts of the Game of Thrones finale to you was the moment you realized how quickly Varys got from Meereen to Dorne, then you need to hear this theory. It basically states that Varys is a male mermaid, aka a merman, a creature that does exist in the Song of Ice and Fire universe and is known as a "merling." If you're thinking this sounds insane, I agree — but this video by Nerdist has convinced me. It pieces together all the evidence that points to Varys being a merling, and you're going to have to watch it:

Here's some of the more convincing support:

Admit it: you're kind of on board now, aren't you?