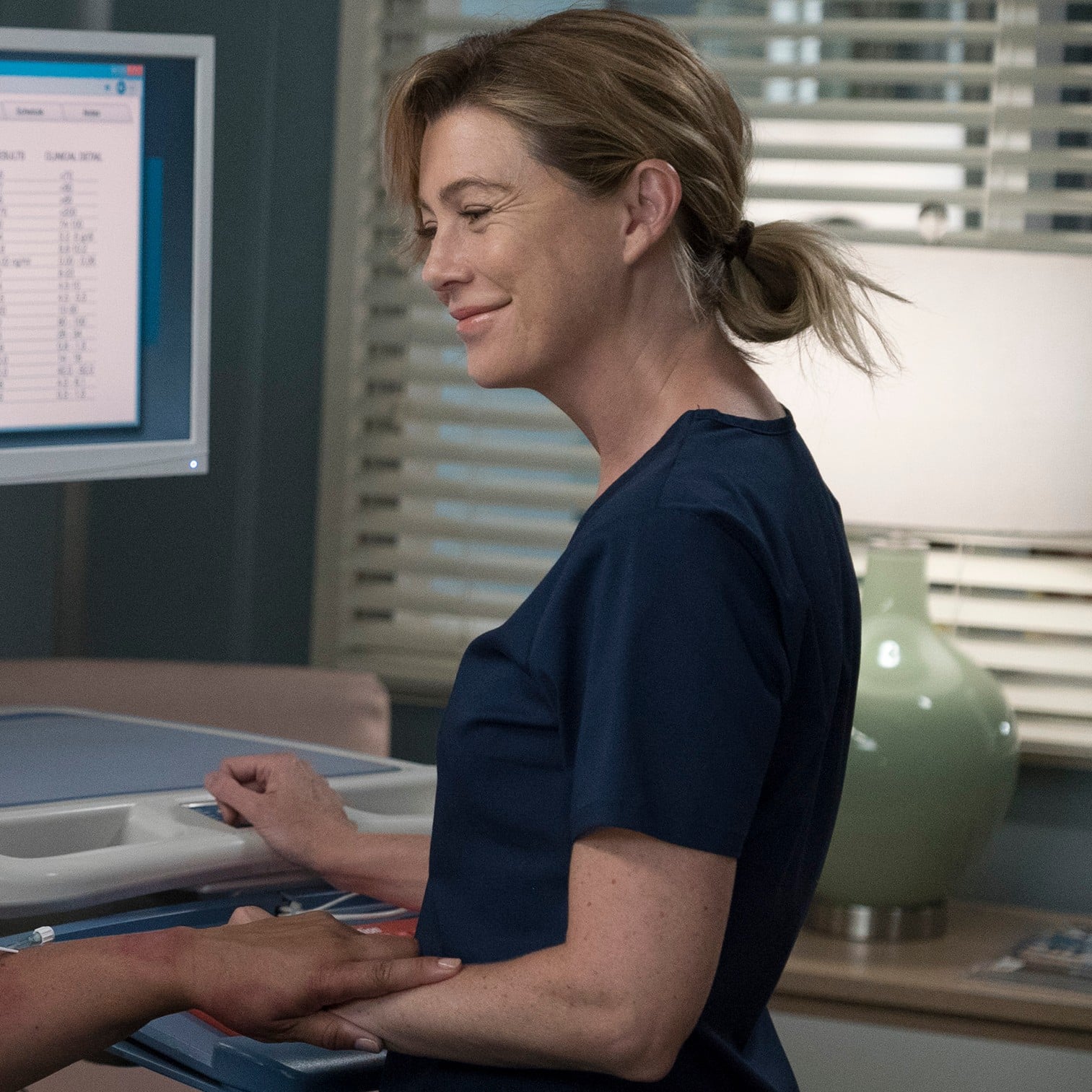 When the trailer for Grey's Anatomy season 15 dropped, one clear moment stuck out from the rest. You can argue that it's a dream or a fake-out or that it just doesn't happen, but our eyes do not deceive us: Meredith and DeLuca are hooking up. Together. In bed. Determined to get to the bottom of the mystery, I spoke to one of the culprits at THNK 1994's exceptional Grey's Anatomy art gallery, which was curated to celebrate the show's incredible landmark. That's right, I got the gossip from Giacomo Gianniotti himself.

For those of you theorizing about some kind of sex dream, Gianniotti really set the stage for how the romance is clearly heating up in real life. "Now that we're back at work, the day after the wedding, he's like, 'Oh my god, I kissed Meredith Grey last night, and now I have to go work with her. This is crazy.' When we come back in the first episode, that's what he's dealing with," he explained. "There's the awkwardness of this elephant in the room, and because there is that elephant in the room, it causes them both to be self-conscious of that kiss." So, where does the romance come in, you ask? "An energy starts to build," Gianniotti said, "and we're playing out what that means right now."

So, there you have it. But before you go ahead and start shipping the two and shredding their relationship, I might warn you that it may not be a relationship at all. From the sound it, Meredith is keen on playing the field. "We're seeing where it goes," Gianniotti told me. "We want to play the season of Meredith being single and meeting men, and trying to get back on the horse. And DeLuca might fit into that." Sounds like he may have some competition at some point, and we're not mad about it. Grey's premieres on Sept. 27.