Glee has a few more episodes before it closes out its fifth season, but producer Ryan Murphy is already thinking ahead. Next season will be the show's last, and on a conference call this week, Murphy told reporters, including Vulture, some huge news about season six. Not only will the two episodes cut from this season be tacked onto next season (for a total of 24 episodes), but also, the entire ending has been altered in light of Finn's (Cory Monteith) death. Instead, the finale will be about Rachel and Mr. Schue. "It returns them to their origins, how they felt about each other when they were all much younger and everything was idyllic," said Murphy. Here's what we know so far. 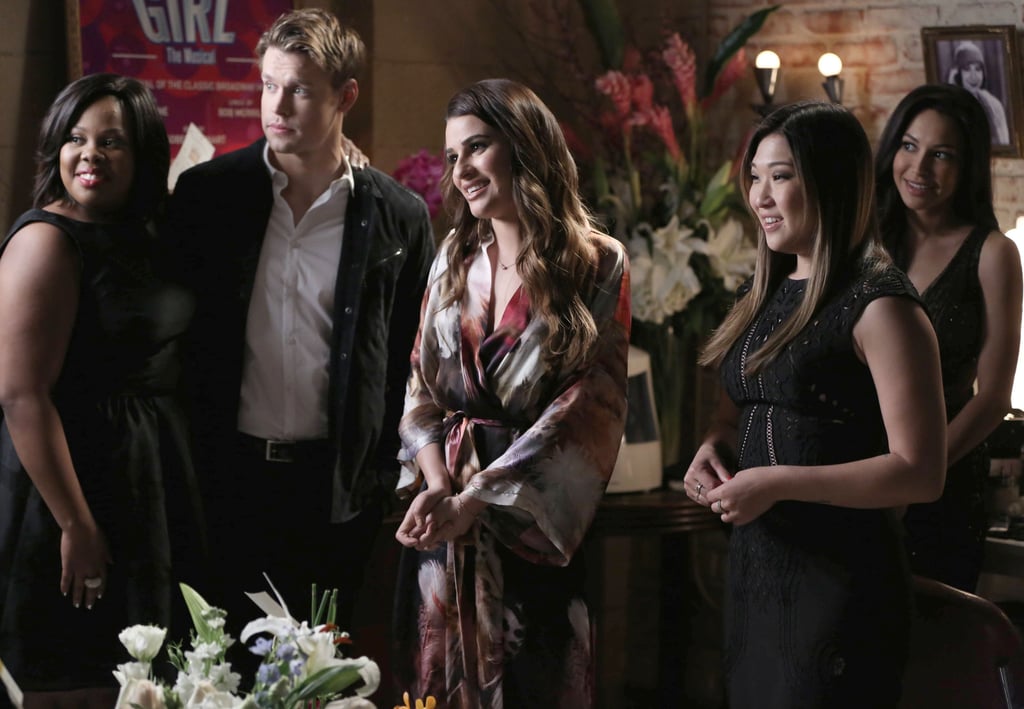 "The final season is really its own story and its own location," Murphy said. "While the New York stuff will be alive, the final season is not New York-centric at all." Since the 100th episode all but closed out the McKinley High portion of the show, this leaves me wondering: where exactly will the show take place?

There's Going to Be a Significant Time Jump

There are four episodes left in the current season, and they focus on Rachel's Broadway show. Murphy teased, "Is it going to be a huge success? Is it going to be a flop? And where will that turn her? Will she want to stay and do more New York shows? Will she want to do something else?" According to the producer, "Something big happens [between Kurt and Blaine and Mercedes and Sam], and the final season is the aftermath of that."

The Cast Will Be Much Smaller

"At one point, I felt like it was a cast of thousands," Murphy said. "The idea of 'Let's concentrate on six people we know and love and really work hard on their evolution,' I think has really served the show well. Next year, that's the formula that we will be using." That means those new characters, Marley [Melissa Benoist], Jacob [Jacob Artist], Ryder [Blake Jenner], Kitty [Becca Tobin], and Unique [Alex Newell], are out — but not for good. "At some point before the show is concluded, we will definitely catch up with those characters again," he said. As for next year's grand finale, "anybody who was a part of [the show] who wants to be in that ending, we would love to have you."

Netflix
If You're in Need of a Laugh, These Are the 30 Best Comedy Specials on Netflix Right Now
by Madison Tyler 14 hours ago

TV
Legends Only! Remy Ma Is Joining ABC's Queens in a Recurring Role
by Princess Gabbara 18 hours ago