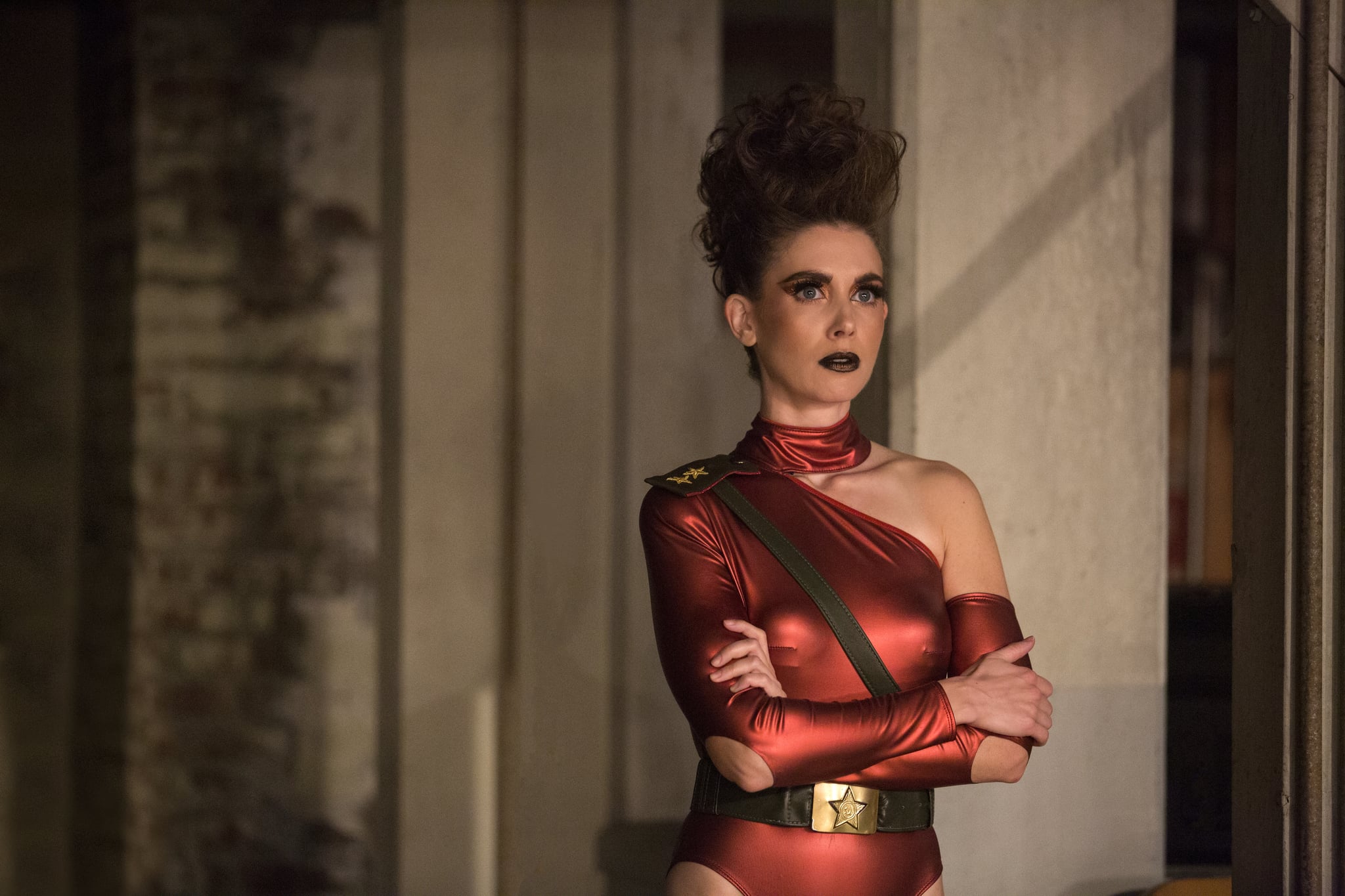 Netflix's glam wrestling series GLOW is in a rather strange position right now. In just the last few months alone, the show has earned a handful of Emmy nods (including outstanding comedy series!) and pulled off a pretty spectacular second season. In spite of the fact that a third season seems like a given — plus, there's the fact that GLOW was a part of Netflix's huge TCA press day — the show has not technically been renewed.

At the TCA day in question, which was held on July 29, vice president of original content Cindy Holland didn't even have a definitive answer for the fate of the series. Given the fact that GLOW only just dropped new episodes on June 29, she said it shouldn't come as that much of a surprise. "We generally have some number of months after a season launches to start to evaluate the data and figure it out," she said. This supposed data can take many different forms. "Are we getting enough viewership to justify the cost of series?" she asked, then noted Netflix also looks at "how beloved the fan community is, [and] how social the title is."

Meanwhile, during the actual planned GLOW panel, the creative minds behind the series had similar sentiments. "These panels are usually to announce a season three," cocreator Carly Mensch said with a shrug. "Unfortunately we don't have a season three." That said, the group remains pretty optimistic and even dropped a small hint about the next chapter and how Las Vegas might feasibly factor in. "We have a lot of dreams for how we're going to shoot the show," Mensch continued. "We're not going to give away exactly what our intentions are . . . Las Vegas has changed a lot since 1986, so unfortunately a lot of locations we'd like to shoot in are not there anymore." Consider us more intrigued than ever. Rest assured that if we do get any renewal news, you'll be the first to hear about it.