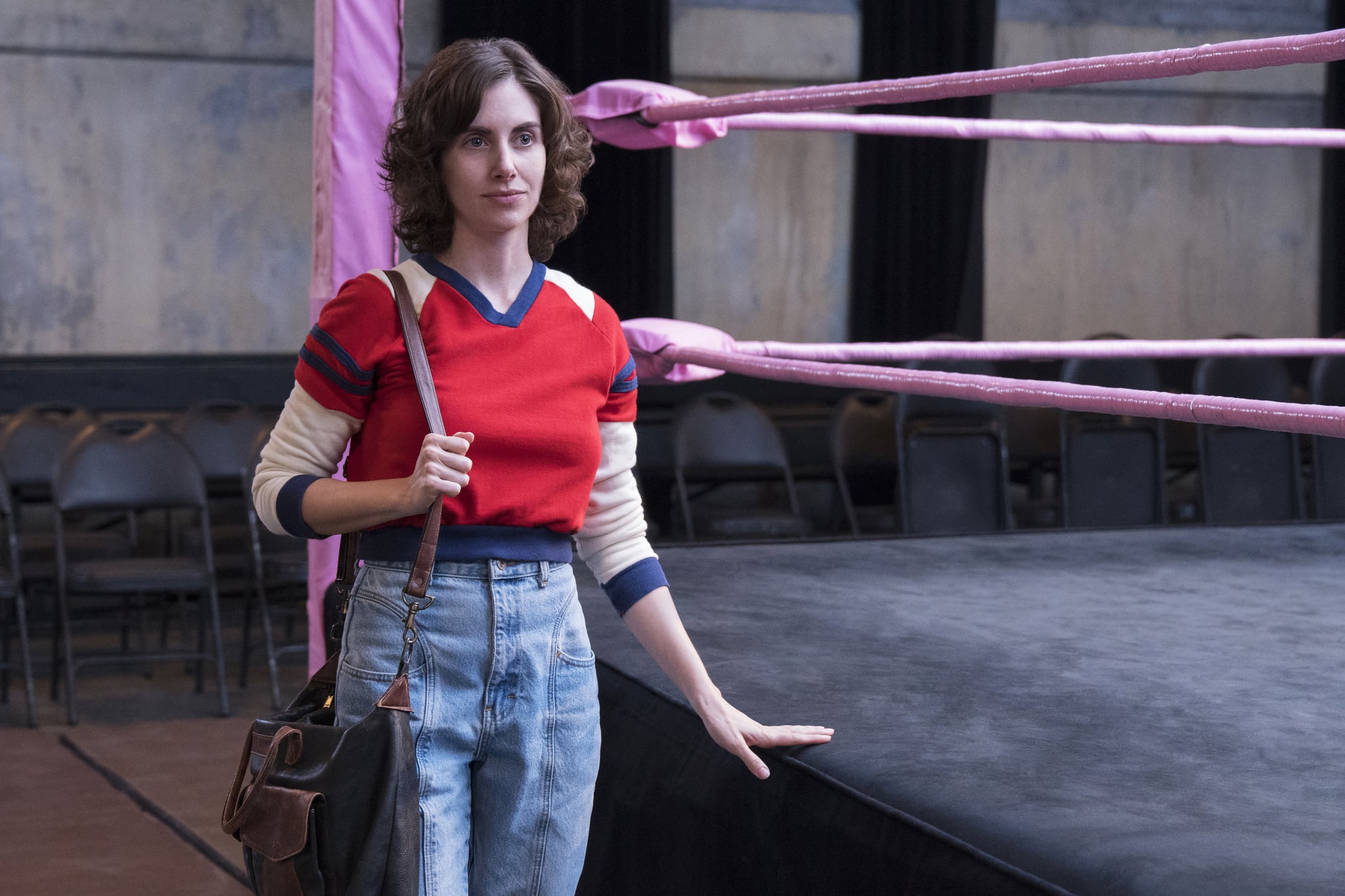 In July, Netflix dropped all ten episodes of season two of GLOW, the wrestling dramedy starring Alison Brie and Marc Maron. As the credits rolled in the last episode, we already started speculating about a third season, still freshly sweating (glowing?) from the second season's epic action sequences and drama. There wasn't any public information about renewing the show for the weeks following its release, but no news doesn't mean bad news. The second season's open-ended conclusion and cast comments strongly suggested that there would be a third season, and now we finally have confirmation: GLOW is officially coming back for season three!

According to The Hollywood Reporter, the series — which is nominated for 10 Emmys, including best comedy and best supporting actress for Betty Gilpin — is going to enter "a new phase" when it jumps back into the ring for season three. Netflix hasn't shared an exact premiere date, but since the first two seasons came out during the Summer, we can probably expect GLOW back in our lives in June or July 2019. As for where the show might be headed when season three returns? We have some ideas . . .

Warning: spoilers ahead for season two.

At a cursory glance, the second season ends neatly. The tension between Debbie and Ruth finally dissipates after the latter fractures her leg in the wrestling ring. The main characters come to terms with their personal drama. Ruth moves on with cinematographer Russell, Debbie adjusts to life as a single mother, and Sam reconciles with his newfound daughter, Justine. The biggest happily-ever-after? The lady wrestlers, after learning that their contracts prevented them from switching networks, get a chance to headline a live show in Vegas.

Still, there are a few plot points that the show could explore. The obvious one: what will happen in Vegas? Lots of stakes crop up in moving the show to Vegas. Debbie will leave her kid behind. Ruth will have to do long distance with Russell while processing Sam's awkward attempt at a kiss. And speaking of Sam, he'll have to trade in his film aspirations for directing a live show. 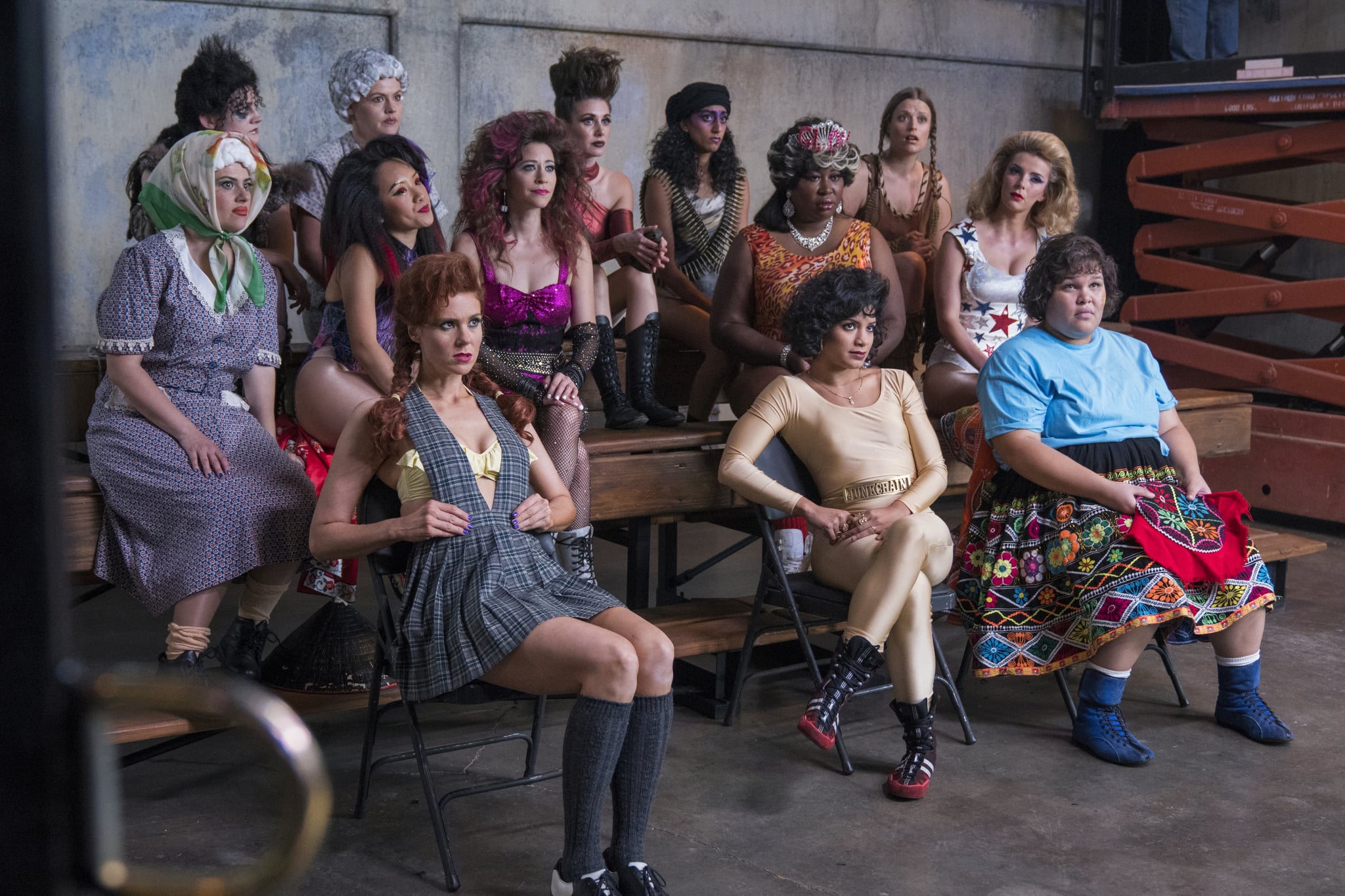 Then, there's the matter of Bash's impromptu marriage to Rhonda, who had planned to tie the knot with her superfan Cupcake to get a green card. Right before proposing to Rhonda, Bash learns that his best friend and butler Florian has died from what appears to be AIDS. This news definitely led fans to wonder if Bash shared more than just a platonic relationship with his late friend, and if he struggles with his sexuality. Plus, his rushed marriage proposal to Rhonda seemed out of the blue since he shares a stronger rapport with Carmen.

In an interview with Digital Spy, Britney Young (Carmen) weighed in on the show's cliffhangers. Speaking on Carmen's relationship with Bash, Young said, "It follows the unfortunate trope, that sometimes as people we drop our friends and we drop everything that's happening in our lives to even have a potential chance at love. I think that already put a strain and tension between Rhonda and Carmen in season [two], so I think for sure season [three], we will definitely play that up a little bit now that Bash and her are married."

Related:
See What the Glamorous Cast of GLOW Looks Like Out of Their '80s Costumes

Young also shared her thoughts about her character's potential adventures in Vegas. "Vegas is a party town, it's a place to indulge, and I think that's something that's going to be new for Carmen," Young remarked. "I think season [three] will probably continue that exploration, hopefully she continues to get to wrestle more, I'd love to wrestle every single girl in this series if possible."

See? Even a cast member is already thinking about the potential storylines for the third season! For now, we'll distract ourselves with the epic '80s soundtrack that season two had to offer.