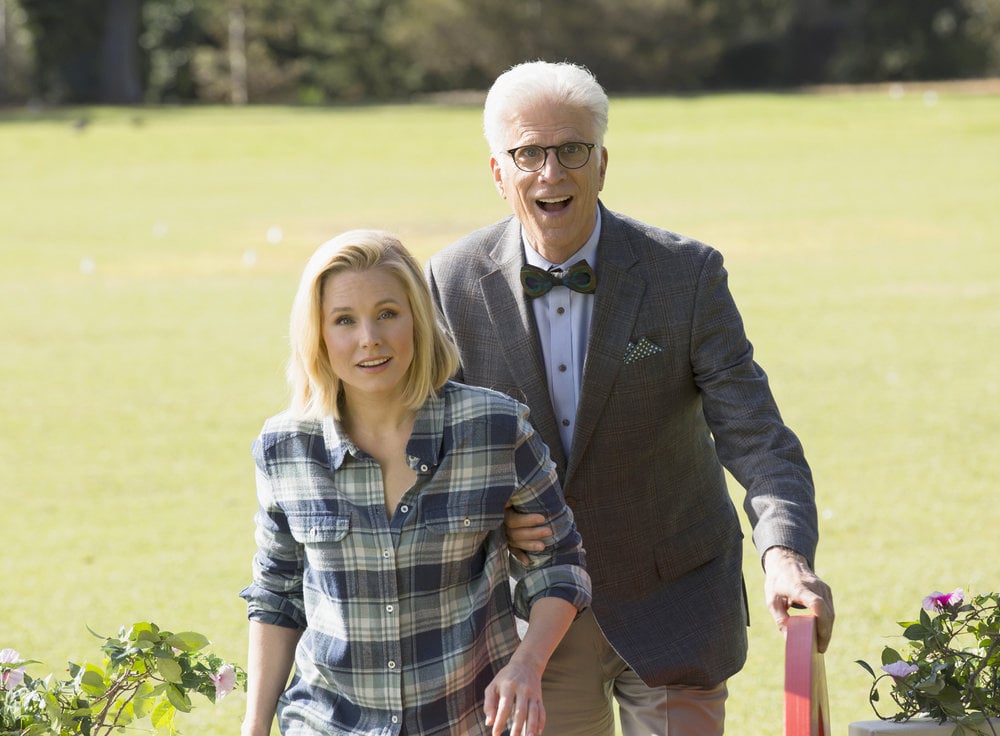 Of all of Fall's new shows, Kristen Bell's series looks like a sure bet for one of the best comedies. We're beyond excited that the Veronica Mars alum is returning to her witty ways on network TV. How she has time to film Lie to Me, movies like Bad Moms, and a new TV series is beyond us, but she clearly has superpowers. Here's what you need to know about the show before it premieres on Monday night!

A woman (Bell) wakes up and finds herself in "The Good Place," aka Heaven. Everyone is friendly, and there's frozen yogurt, a lovely guide (Danson), and only one problem: she's not supposed to be there.

The comedy looks whimsical and quirky — think Pushing Daisies. It's created by Mike Schur, the guy who brought us Parks and Recreation and Brooklyn Nine-Nine, which is a great omen.

When Is It On?