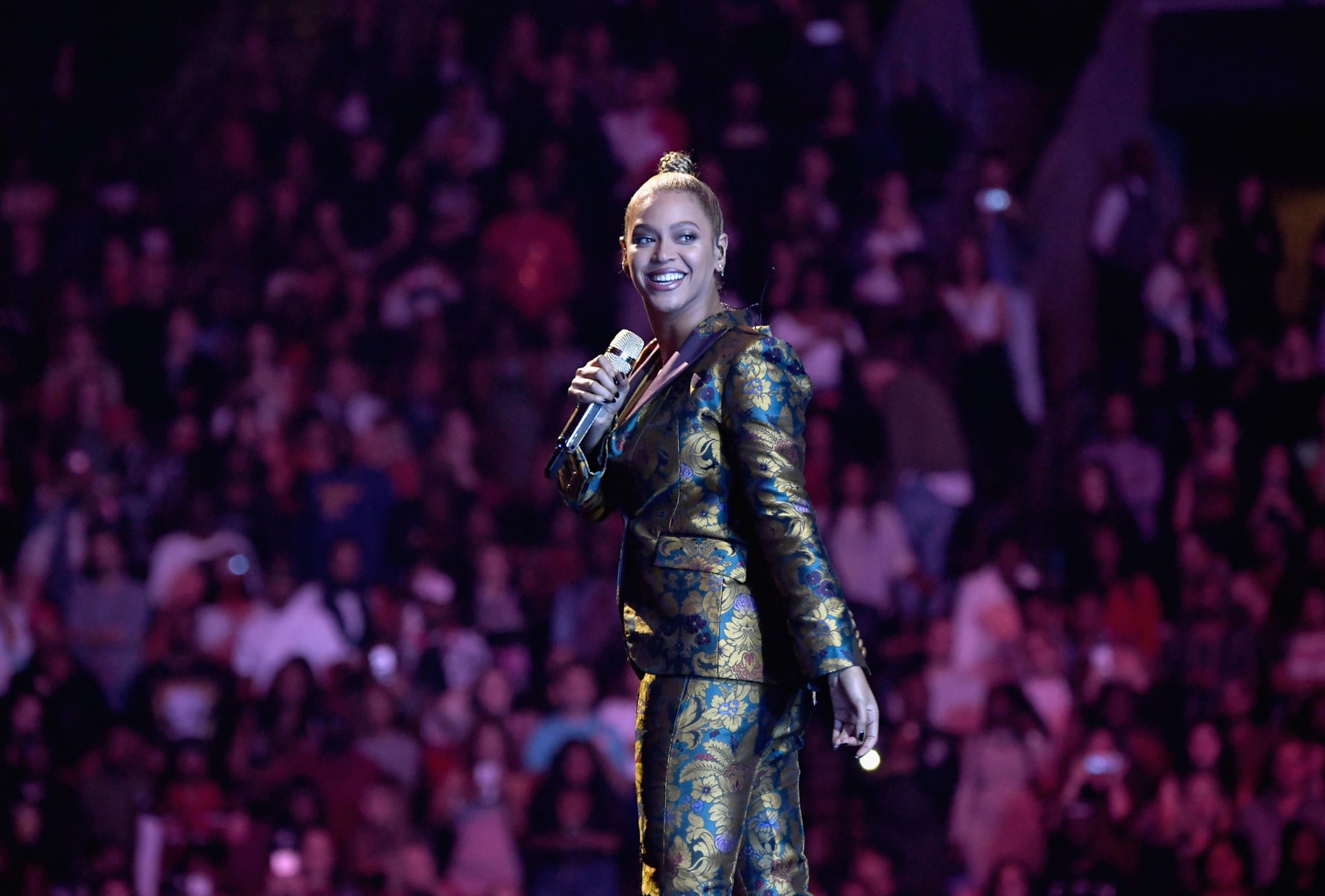 Nominations for the 2017 Grammy Awards are in! Last year's best new artist winner, Meghan Trainor, announced the candidates for several main categories on CBS This Morning in December, and as usual, there are some surprises and some obvious choices — not that we're complaining. While Adele and Beyoncé dominated the top categories, Justin Bieber and Lukas Graham also walked away with a few nods. There are also quite a few amazing singers up for best new artist. Let's just say, this is already shaping up to be one star-studded award ceremony. Take a look at the list below before Sunday's big show.

BEST ROCK ALBUM
California by Blink-182
Tell Me I'm Pretty by Cage the Elephant
Magma by Gojira
Death of a Bachelor by Panic! at the Disco
Weezer by Weezer

BEST RAP PERFORMANCE
"No Problem" by Chance the Rapper feat. Lil Wayne and 2 Chainz
"Panda" by Desiigner
"Pop Style" by Drake feat. the Throne
"All the Way Up" by Fat Joe and Remy Ma feat. French Montana and Infared
"That Part" by ScHoolboy Q feat. Kanye West

BEST R&B SONG
"Come See Me" by PartyNextDoor feat. Drake
"Exchange" by Bryson Tiller
"Kiss It Better" by Rihanna
"Lake by the Ocean" by Maxwell
"Luv" by Tory Lanez

BEST DANCE RECORDING
"Tearing Me Up" by Bob Moses
"Don't Let Me Down" by The Chainsmokers feat. Daya
"Never Be Like You" by Flume feat. Kai
"Rinse & Repeat" by Riton feat. Kah-Lo
"Drinkee" by Sofi Tukker

BEST MUSIC FILM
I'll Sleep When I'm Dead by Steve Aoki
The Beatles: Eight Days a Week the Touring Years by The Beatles
Lemonade by Beyoncé
The Music of Strangers by Yo-Yo Ma and the Silk Road Ensemble

BEST URBAN CONTEMPORARY ALBUM
Lemonade by Beyoncé
Ology by Gallant
We Are King by KING
Malibu by Anderson .Paak
Anti by Rihanna

BEST SONG WRITTEN FOR VISUAL MEDIA
"Can't Stop the Feeling!" by Justin Timberlake
"Heathens" by Twenty One Pilots
"Just Like Fire" by Pink
"Purple Lamborghini" by Skrillex and Rick Ross
"Try Everything" by Shakira
"The Veil" by Peter Gabriel