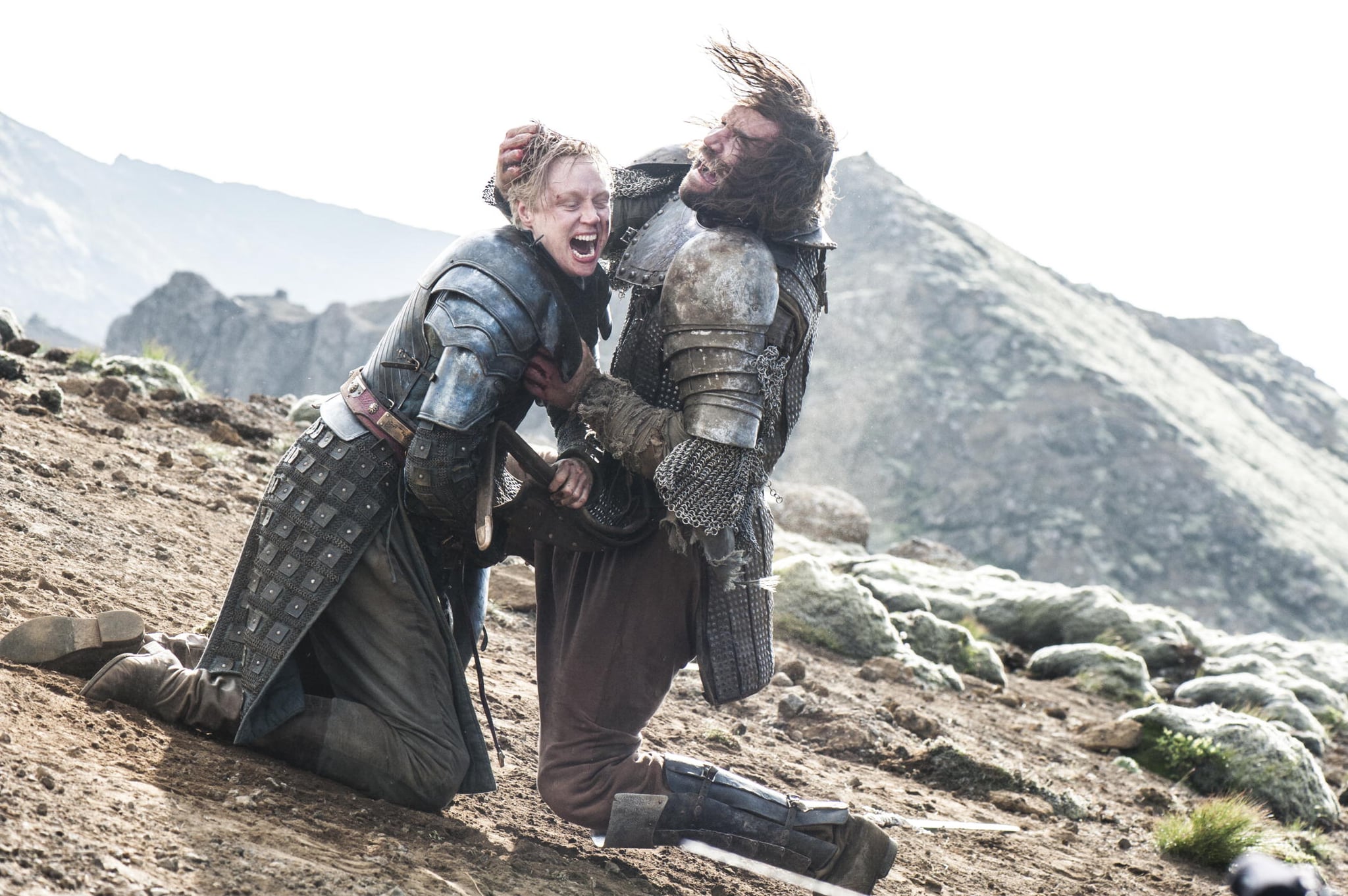 Remember the scene when Brienne of Tarth and The Hound have a knock-down-drag-out fight on the Game of Thrones season four finale? There's a really great but brief moment when Brienne punches The Hound in the crotch. As it turns out, that moment wasn't fake. "Rory McCann said 'do it for real,'" Gwendoline Christie said during a Comic-Con panel. "That was a genuine connection of fist and undercarriage." Oh man, that scene just got so much better. The video of the fight scene isn't embeddable, but you can — and totally should — view it here.

Image Source: HBO
Game Of ThronesGwendoline ChristieComic-ConTV
Around The Web

Steve Carell
As an Office Fan, Space Force Wasn't What I Expected, but I'll Keep Watching
by Grayson Gilcrease 15 hours ago