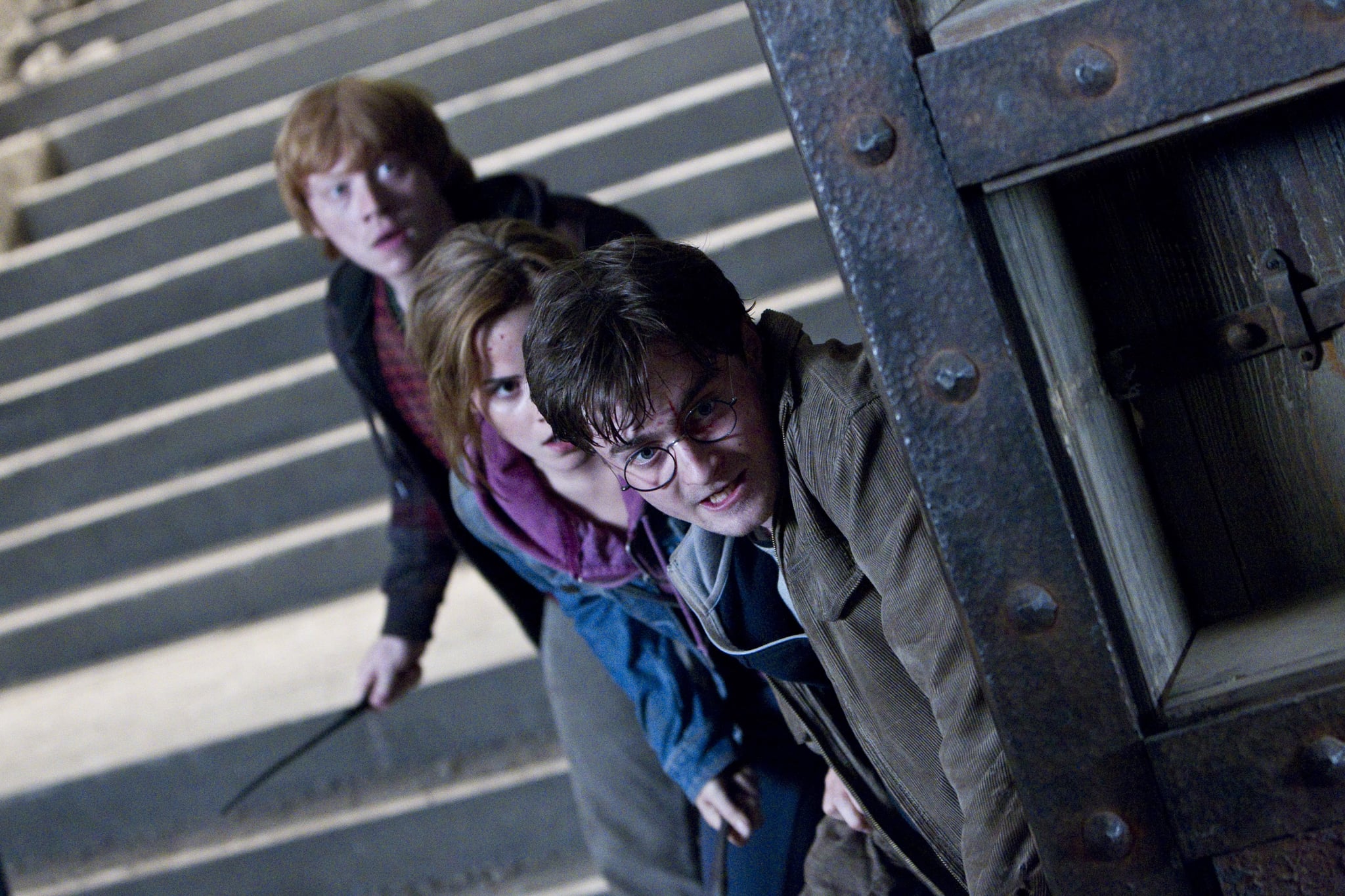 The Harry Potter movie series might technically be over, but that doesn't stop us from going back and discovering more secrets we didn't notice before, especially now since the Fantastic Beasts spinoff series gives us extra motivation. Years later, fans all over the world create more theories and find more information that makes it so we will always be dedicated to the world of the mastermind J.K. Rowling. Always.

And this new theory is yet another one of these creations.

Tumblr user ginnyweasleys noticed something particularly interesting while watching the final film, Harry Potter and the Deathly Hallows — Part 2. During the great fight scene in the Battle of Hogwarts (in both the film and the books), Harry, Ron, and Hermione are running through the castle grounds, while dodging curses and explosions left and right. While they are running for their lives, the Tumblr user noticed that what they encounter isn't just a coincidence. The trio first comes head to head with a "giant, ugly creature tries to kill them with a large weapon, they hide behind a pipe." Second, there are tons of spiders. Third, there is a werewolf. Fourth, dementors appear. Then, they encounter the Order of the Phoenix and they get to the half-blood prince. Do you get the pattern yet? All off the encounters represent an aspect of each of the novels and films, in sequential order.

The "giant, ugly creature" is a troll and they hide behind a pipe, like in the first installment when Ron and Harry go to rescue Hermione from the bathroom. The spiders obviously are a reference to the second film, where Harry and Ron confront Aragog and his children. The werewolf in the scene is a nod to Remus Lupin in Prisoner of Azkaban. Then, there are dementors, which although were first presented in the third film, are also shown in the following films, including Goblet of Fire. Then in the scene, the Order of the Phoenix appear and they get to Snape, aka the Half-Blood Prince. All six books and films are referenced in order in a final scene in the seventh installment.

Coincidence? We think not. Just when we thought J.K. Rowling couldn't get any more genius, a fan will discover yet another one of her hidden gems in the series. And we know for sure there is more to come.