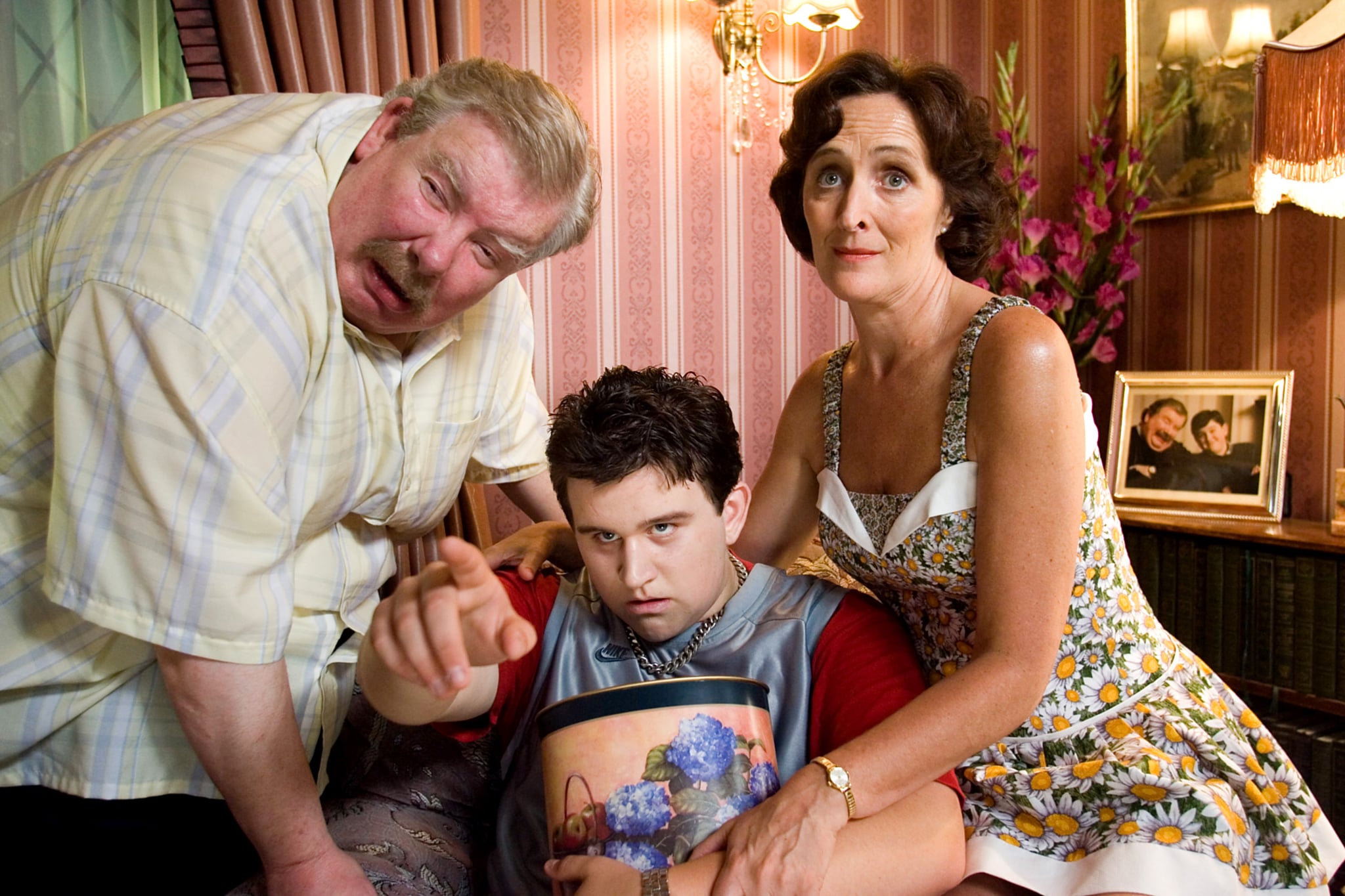 The Dursleys are some of the meanest characters in the Harry Potter universe. Not only do they make an orphaned child sleep in a closet for 11 years, but they continue to belittle and bully him as he grows to be a confident young wizard.

A convincing fan theory (seen on sites like Tumblr and Graphic Nerdity) has been floating around for years, and it brings the Dursley family's pig-nosed, schadenfreude-like attitudes into question. What if, the user suggests, the Dursleys were only so mean and awful to Harry Potter because they were being cursed by their proximity to Harry? After all — spoiler alert, duh — Harry is a Horcrux.

The hidden seventh Horcrux that lodged inside Harry on the night of his parents' murders is a key element of The Deathly Hallows, and it's clear from Ron's interaction with Salazar Slytherin's locket in the series that Horcruxes turn perfectly normal people into mean, bitter people. Ron even runs away from his friends and basically breaks up with Hermione while mildly cursed by the locket, so what would a decade of exposure do to a family?

Here's what Tumblr's 10 Dollar Founding Father has to say about this: "So a Horcrux's exposure can cause harmful effects on the mind and soul of the person who posses [sic] it such as, Ron with the Locket, and Ginny with the Diary. So what if the Dursleys were so awful because they lived with a Horcrux (Harry) for 17 years."

It's an interesting idea, but here are some counterpoints. First of all, J.K. Rowling herself later wrote that Vernon hated Harry because he looked so much like James Potter. Also, it was clear from canon that the Dursleys were not nice people to begin with.

Here's some supplemental material from Pottermore that explains more about why it's likely the Dursleys were just abusive grumps, not cursed:

"James was amused by Vernon, and made the mistake of showing it. Vernon tried to patronise James, asking what car he drove. James described his racing broom. Vernon supposed out loud that wizards had to live on unemployment benefit. James explained about Gringotts, and the fortune his parents had saved there, in solid gold. Vernon could not tell whether he was being made fun of or not, and grew angry. The evening ended with Vernon and Petunia storming out of the restaurant, while Lily burst into tears and James (a little ashamed of himself) promised to make things up with Vernon at the earliest opportunity."

So while it would make things easier to believe that the Dursleys were only horrible people because of Harry's internal Horcrux, it's much more likely they just represented the worst of the Muggle world.