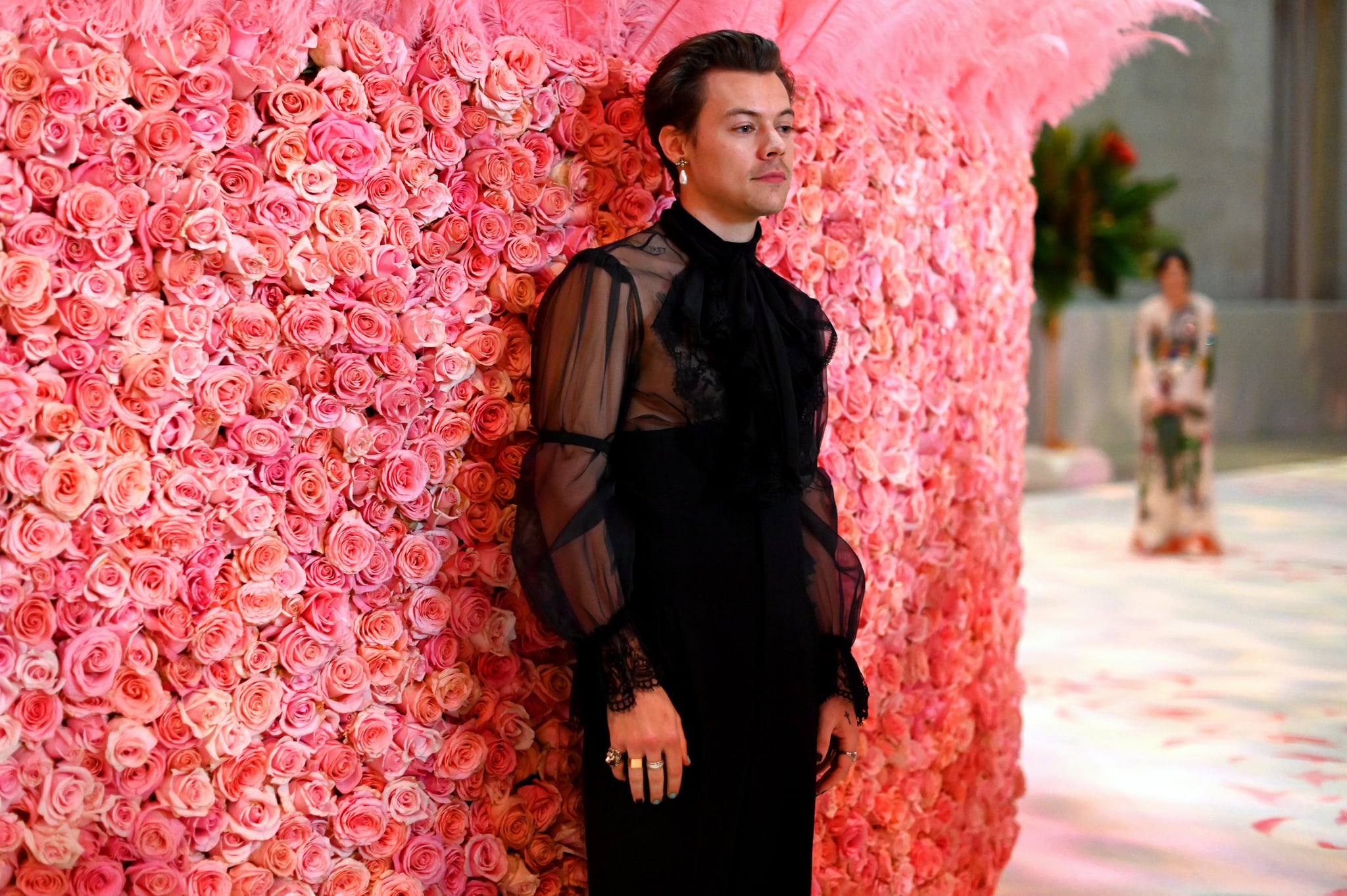 After waiting what feels like forever, Harry Styles came storming back into our lives with his newest single, "Lights Up." He released the dark and trippy track on Oct. 11 to more than 100,000 waiting fans on his YouTube live stream. In the video, a bunch of ridiculously attractive humans paw at a topless Styles while he sings lyrics like "Lights up and they know who you are / Know who you are / Do you know who you are?" It goes along with the quick marketing Styles and co. put together to promote the song — posters that said "Do you know who you are?" went up in cities around the world, followed by a site that gives you a personalized note from Styles himself. 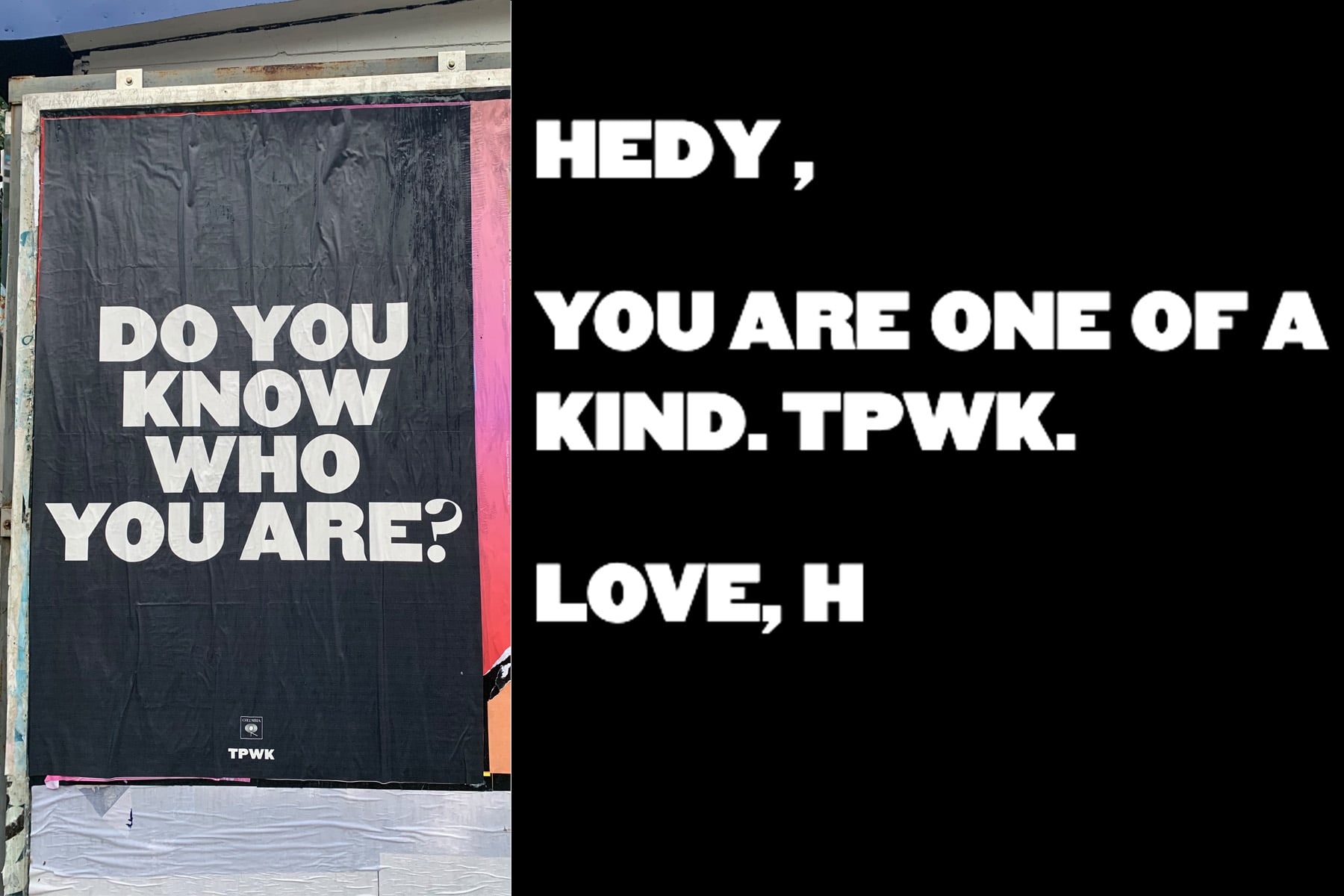 Now we just need to know when we'll get the yet-unnamed second album that fans have lovingly dubbed HS2 and when our favorite curly haired Brit will head back out on tour. The notoriously private 25-year-old hasn't given us a lot to go on in the way of what else we can expect from his second album, but as someone very deep into this fandom and who has dedicated her life to this man (you think I'm joking, but I'm absolutely not), I've cobbled together everything I can find from the internet, as well as made my own predictions for what's coming.

Related:
Is It Hot in Here? Or Is It Just These 111 Beautiful Pictures of Harry Styles? (Spoiler Alert: It's Harry)

What Aesthetic Will Harry Styles Have For His Second Album?

Styles lived and breathed his aesthetic throughout the course of his first album. Harry Styles by Harry Styles was all about soft pinks, florals, and kindness. Styles's style (say that five times fast) consisted of sparkles, flared pants, and one iconic pair of pink sunglasses. It was light and bright. Looking ahead to Styles's second album, it seems we're in for something a little bolder and maybe a little darker, especially considering the video for "Lights Up."

Styles's stylist Harry Lambert told Miss Vogue after the Met Gala that the camp look they went with speaks to the aesthetic Styles wants to try in his new era. We got high-waisted black pants with a sheer lace shirt and a singular pearl earring, not to mention beautifully painted nails in soft turquoise and black. Since going off tour in 2018, we've also seen Styles rocking a Gucci handbag and keeping his nails painted in a rainbow of colors.

Lambert also told Miss Vogue that he and Styles are really going for the New Romantic vibe with both of Styles's Met Gala looks (he changed for the afterparties), so that's probably what we can expect to see in the future as well. If you ask me, Styles has already been playing with New Romantic-style fashion, which is a very British style that's a bit flamboyant and flashy, à la Boy George from Culture Club.

In the "Lights Up" video, Styles rotates between looks from Harris Reed, Gucci, and Lazoschmidl in sheers, sparkles, and flowy fabrics. It still holds true to what we know of Styles's sartorial choices as of late, but it feels like he's settling into it more after toeing the line into flamboyance for years. 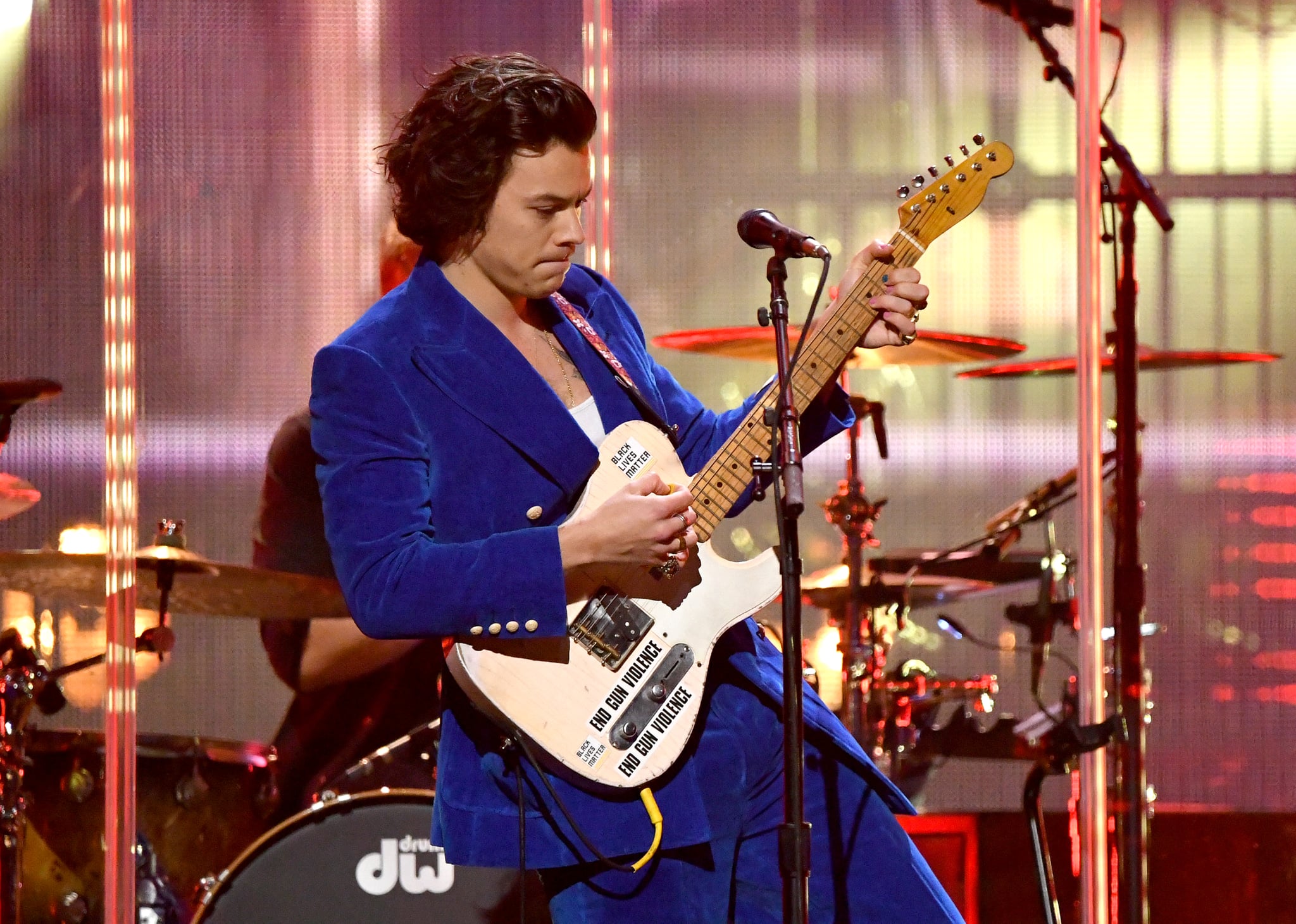 What Kind of Music Can We Expect on Harry Styles's Second Album?

In short, "Lights Up" is not at all what I would have expected from Styles for his new era. If I close my eyes and listen to the song without watching the video, I could swear it was Zayn Malik singing instead. Whether or not this synthy track is telling of what the rest of the album might be is hard to say. Harry Styles had a variety of tracks — from a banger like "Kiwi" to the mournful "Two Ghosts" — so this second album could be that way as well.

What we do know is that Styles has been pictured in studio with Kid Harpoon, as well as hanging out with him multiple times. The two previously worked together on "Sweet Creature" and "Carolina" on Harry Styles, two very different songs with very different vibes. Kid Harpoon has also worked with Florence + The Machine, James Bay, and Maggie Rogers, among others. If it were up to me, I'd steer HS2 more toward "Carolina" than "Sweet Creature" (as lovely as "Sweet Creature" is), because I think the upbeat boppy vibe is more suitable for this new era.

Styles also spent some time with producer Mark Ronson at Met Gala festivities and after the fact (and here again), which means it's possible he's been working with him on music as well. Ronson has worked extensively with artists like Lady Gaga and the late Amy Winehouse, and we would not be mad about some of those influences floating into Styles's next body of work.

One thing to consider, here, though, is that both of these outings with writers and producers happened very recently, and most of us fans have been led to believe that Styles's second album has been pretty much buttoned up for months. Maybe he was just catching up with old friends (and colleagues) on these occasions, but we can't help but hope both of them had some influence on the new music. We're also hoping the next album might pull in some of the sounds of two previously unreleased songs he performed on tour, "Medicine" and "Anna." Both songs are a departure from some of the sweet slow songs we got on Harry Styles, and judging by fans' reactions to the songs, I think they would be happy to hear more in that vein. (It's me. I am fans.)

And while we don't know if this will come into play at all, it wouldn't be absolutely unheard of for Styles to draw inspiration from his mentor and close friend Stevie Nicks of Fleetwood Mac. He has already covered Fleetwood Mac's "The Chain" numerous times, but who's to say he wouldn't let the influence of one of his favorite bands sneak into some of his own new music? Anything is possible.

When Will Harry Styles Release His Second Album?

We have been contemplating this timeline extensively and have come up with . . . nothing concrete. Now that the lead single is out, it feels like the album can't be too far behind. The question is whether or not we'll get more singles before the album or if the album is next. Styles's September Rolling Stone feature alluded to the album being pretty much ready to go. If I were to venture a guess, I think we might be getting another single sooner rather than later. Right after Styles was seen filming the "Lights Up" video in Mexico, he showed up in Scotland filming just a few days later. Feels like he was probably filming a second video to have it ready to go at the drop of a hat, right?

While we very, very impatiently wait for what Styles does next, let's all enjoy him in the "Lights Up" video, shall we?