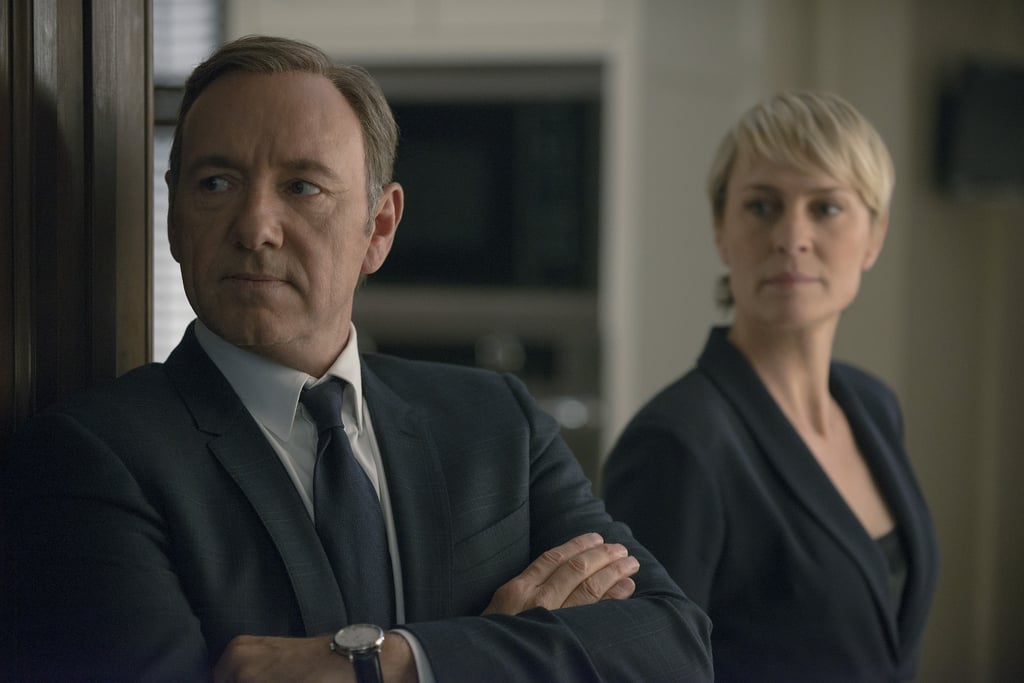 Kevin Spacey and Robin Wright are reprising their roles as Frank and Claire Underwood on Netflix's House of Cards, and they're about to get even deeper into some dirty politics. The first pictures of season two are here, and much like the first season, this one looks dark and full of pensive poses. The new season debuts — in its entirety — on Friday, so catch up on season one and get a peek at season two now!