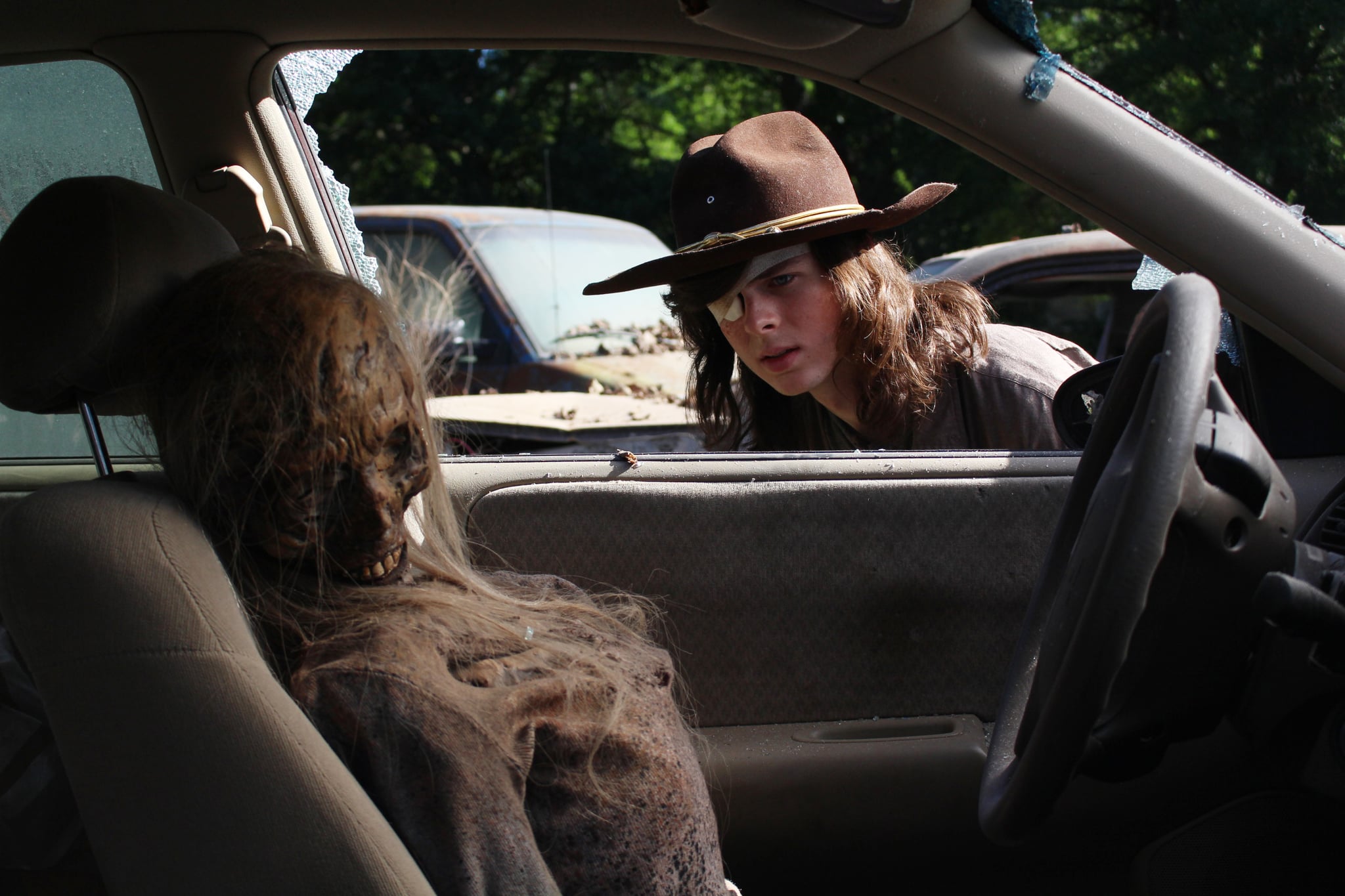 Now that we're officially into it with The Walking Dead's eighth season, there's still one question that seems to loom unanswered on the show: just how old is our de facto deputy Carl, anyway? He's obviously old enough to wander through abandoned gas stations by himself, but he's not yet long in the tooth enough for his dad to let him stray too far unwatched, just in case he forgets his dad's stranger-danger tutorials — oh hi there, Siddiq!

When the show first started filming, actor Chandler Riggs was 9 years old. Now he's officially become an adult, having turned 18 (and even graduating high school, sob) over the Summer. In the comics, however, Carl is just 7 at the start of the series and had turned 13 by the time he meets our new Qaran-quoting pal, in Issue #127.

Since the time that has elapsed on the show hovers somewhere around three years at this point (based on Judith's gestation time and apparent growth), he's probably supposed to be in the early double digits by the time season eight picks up as well — although Riggs has clearly outpaced such character constraints.

The question of Carl's age has confounded even the comic creatives, as editor Sean Mackiewicz told ComicBook.com earlier this year, "Robert [Kirkman] and I disagree on many things, but maybe none more so than Carl's age . . . So long as Carl never says how old he is post-time jump [after issue #127], you can just ignore what we say in the letter pages as made up."

And when Kirkman himself tried to narrow in on an exact age, he struggled to offer any exactitude, saying, "Officially, the time jump between 126 and 127 is not tied down to a specific number of years. It seems like around two, but could have been more . . . It's totally possible that Carl has aged five years since the beginning of the series. Kids age fast!"

It's still a guess, but given the screen character's physical, emotional, and societal progress, he's probably supposed to be around 13 or 14 years old in The Walking Dead's world right about now. But with Riggs continuing to mature in his own right, Carl will be sporting an Old Man Rick beard (and allowed to roam on a few actual solo scavenging missions) before we know it.

Grey's Anatomy
Grey's Anatomy Is Coming Back For Season 18, and So Are Meredith, Bailey, and Webber
by Grayson Gilcrease 9 hours ago