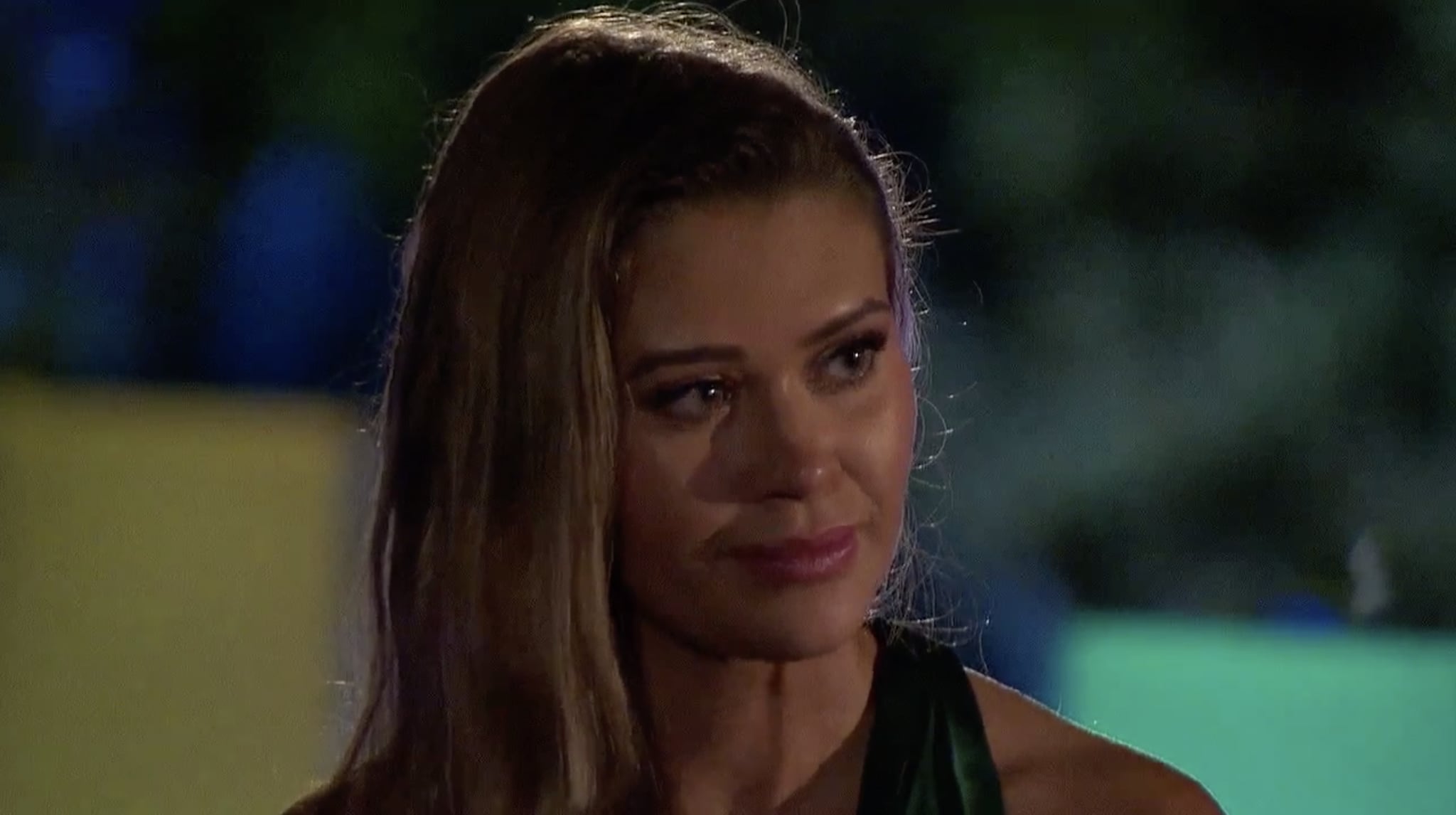 When you get down to it, The Bachelor hasn't changed much from the very first season. The show follows a man as he dates about two dozen women (or a woman and her suitors, in the case of The Bachelorette). The dates are extravagant, the drama is over-the-top, and the tears are flowing. That being said, longtime watchers of the show may have noticed gradual changes over the years. One in particular sticks out and has been leaving me with an unsettled feeling: the show has a way of using tragic stories as currency. Having a heartbreaking story to share seems to have become a positive on the casting side, as if it gives the producers something to capitalize on.

Before I get into it, this is in no way criticizing the men and women who have shown their bravery by sharing their stories on national television. This is to point out the way production makes having a tragic story a mere check on a Bachelor résumé.

When a contestant shares a horrible event they've gone through, it's almost guaranteed to make the cut in an episode. It's as if the show, which has faced criticism for its unconventional approach to love, sees it as an opportunity to showcase depth. And the trend is apparent now more than ever. The problem with highlighting these situations over and over again is that they become too heavily part of the contestant's identity — that one thing is how we end up "knowing" them. She's no longer the woman from this state with a thriving career in this field; she's the one who suffered this tragedy. And just like how the show has latched on to Colton Underwood's virginity, these things become repeated points. 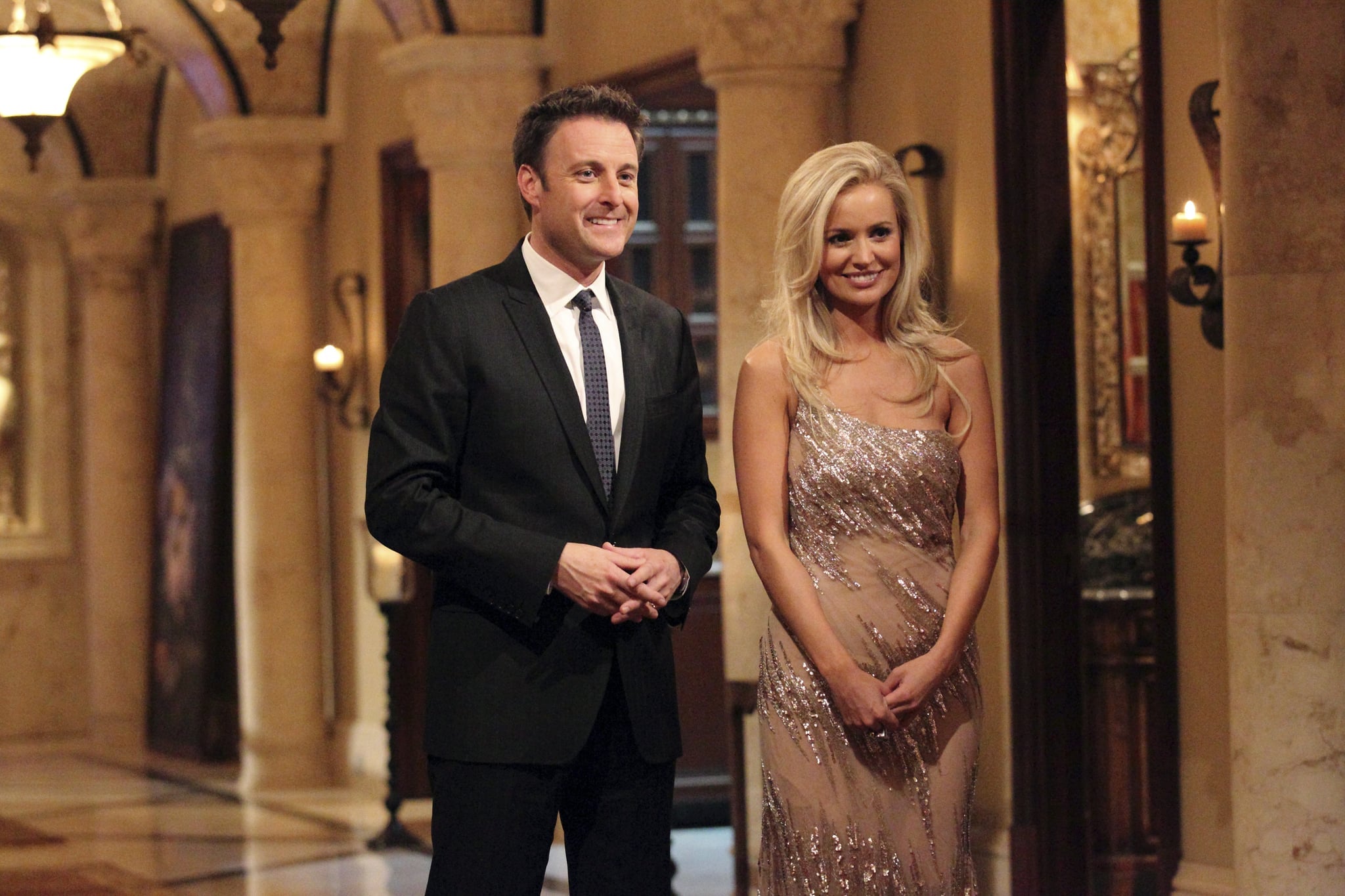 When we met Emily Maynard on season 15 of The Bachelor — before she became the leading lady on The Bachelorette — it didn't take long for her story to come out and overshadow every other part of her personality. Her late fiancé, Ricky Hendrick, a NASCAR driver, passed away in a plane crash. Days afterward, she found out she was pregnant with her daughter, Ricki. The tragedy followed her through the seasons and was constantly shown as a reminder to reviewers, as if there was a reason for it to be reiterated that often.

Rewind to season 13 of The Bachelorette when Rachel Lindsay started her journey to find the love of her life. On the first episode of the season, we were introduced to prosecutor Josiah Graham . . . and his life-shattering story. His late brother, Sam, was bullied when he was a kid for being overweight. Sam hung himself in their family's backyard, and a 7-year-old Josiah cut him down from the tree. (During his segment, producers went so far as to go to his childhood backyard and film that tree.) Fast-forward to later in the episode when Josiah was suddenly made out to be an overly confident villain. It was sh*tty editing and not the way such a personal, emotional story should have been shared.

In the current season of The Bachelor, Caelynn Miller-Keyes opened up to Colton, bravely sharing the sexual assault she went through in college. This was a huge moment for The Bachelor, and we should all applaud Caelynn for her willingness to open up. This wasn't the first time she had done so; being an advocate for sexual assault was a title she wore in the pageant world. "As a survivor, she is a dedicated advocate for sexual assault prevention by speaking to high school and college students about the importance of consent," her pageant bio reads.

Just like how production had to have known about her preshow feud with former roommate Hannah Brown, it's hard to believe they didn't think her sexual assault experience would make good screen time. Caelynn and Colton's connection seems genuine, so I personally think she would have told him (and viewers) about that horrible night regardless of whether or not she felt she had to.

Another one of Colton's contenders, Demi Burnett, called her mother for the first time since she got released from prison . . . with Colton by her side. The women don't have access to cell phones, televisions, internet, or even music, so she had to have gotten permission to make the call. That same episode, Demi told Colton she was falling in love with him. He wasn't feeling the same way and sent her home. Was it really necessary to include such a big moment in Demi's life when she was going to be sent home anyway? It doesn't sit well with me that salacious television takes precedent over treating contestants like human beings with feelings.

Contestants shouldn't be used for what "shocking" information they can bring to a show. They should be chosen based on their compatibility with the Bachelor. We know contestants go through multiple rounds of interviews before ever stepping foot in front of the camera, so it would be naive to think personal tragic situations aren't vetted beforehand. 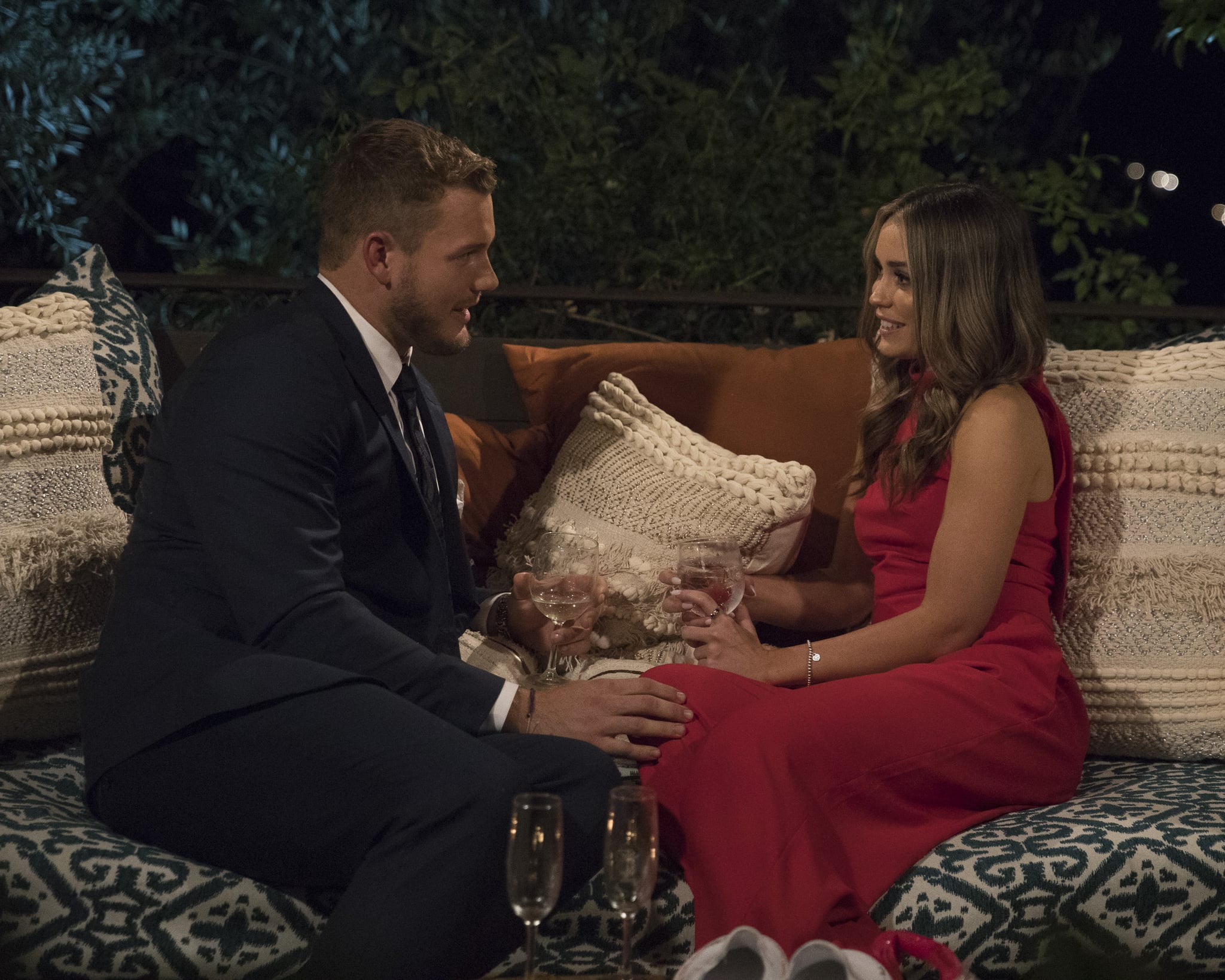 On the flip side, imagine being sent home on The Bachelor for not having a tragic story to share; that appeared to be what happened when Colton said goodbye to Caitlin Clemmens. It's no secret that things move at least three times faster on The Bachelor than they might in a typical relationship. If you don't open up within the first few weeks, you'll have a tougher time building a connection to match others, and Caitlin just didn't have anything to open up about. "I'm not really sure what to, like, open up about other than the fact that, like, my life has been, like, good," she said during some one-on-one time.

In the same conversation, Colton sent her home, saying he didn't feel a spark. He told the cameras: "Tonight, I'm looking for developing these relationships on a deeper level, and as much as I wanted tonight to grow and progress in my relationship with Caitlin, I just didn't feel it." Granted, it was only the third episode. But should someone be sent home because they don't have something vulnerable to say? Is it a bad thing that they don't have a life-altering event to reveal? It was a strange situation and one that left Bachelor Nation scratching their heads.

Bizarre "tragedies" count too for screen time. Remember Annaliese Puccini from Arie Luyendyk Jr.'s season? As a race-car driver, the Bachelor took some women on a group date to do an adult version of bumper cars. Annaliese broke down crying and explained that she went through a bumper car trauma as a kid. Her car got stuck at the center of the rink, and other kids were ramming her car from all angles. Some people found the story completely laughable, while others said you should never make fun of someone else's trauma story. Either way, producers must have thought it made good television. Although Annaliese's story doesn't fall in the same category as Josiah's, Emily's, or Caelynn's stories, it was a trauma to her.

Is saying The Bachelor exploits contestants' deepest traumas too extreme? Maybe, but maybe not. I'm not saying these stories shouldn't be aired. I'm saying these contestants have so much more to offer, but it feels like production is restricting that for the sake of a heart-wrenching storyline. While we should be applauding contestants for being vulnerable, we should also question why those are some of the longest and most publicized one-on-one conversations. We understand reality television needs the drama, but should individuals' personal horror stories be sacrificed in the process?