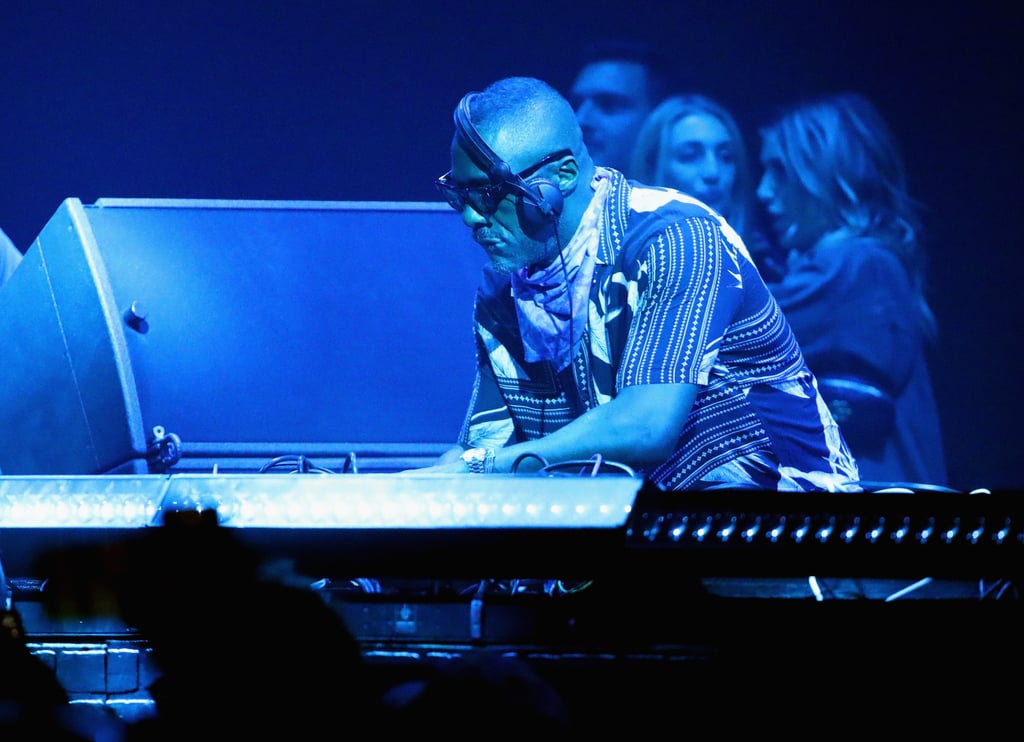 Idris Elba — what can't he do? The 46 year-old "Sexiest Man Alive" isn't just an actor, or the fan-favorite pick to succeed Daniel Craig as James Bond. No, he's also a DJ with a recent Coachella performance under his belt. Elba joined the Indio music festival's star-studded lineup on Saturday night with a two-hour set in the Yuma tent, as his fiancée Sabrina Dowhre and his daughter Isan cheered him along onstage.

Elba's weekend performance might've been his Coachella debut, but it's far from the first time he's deejayed. In fact, before his acting career took off, he had a successful career spinning records under the stage name "Big Driis." He more recently brought the music for Prince Harry and Meghan Markle's royal wedding and even devoted his talents to Turn Up Charlie, a Netflix series about a struggling DJ.

Ahead, see clips from Elba's performance, as well as photos from his weekend in the desert. I'm normally not one for house music (thanks to a series of crushes who had penchants for bass drops and flashing lights), and even I'm impressed watching Elba in action.

Music
Chlöe Opens Up About Owning Her Sexuality: "I'm Learning It's OK to Be Who I Am"
by Princess Gabbara 7 hours ago

The Weeknd
The Weeknd Teases a Collab With Swedish House Mafia, and My Body Is Ready
by Monica Sisavat 9 hours ago