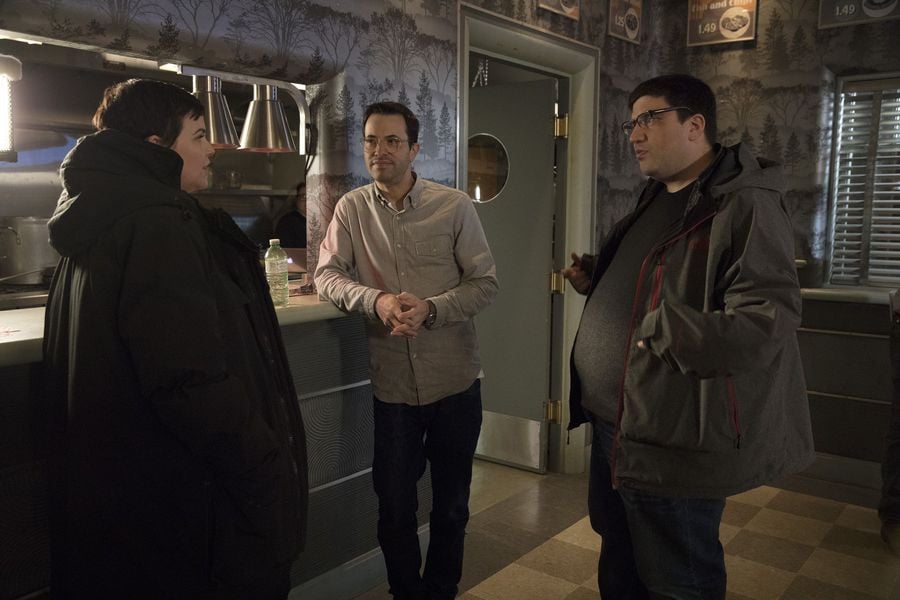 Adam Horowitz and Edward Kitsis hear your suggestions, but they want to see you channel your creative energy into your own projects. As Once Upon a Time is preparing to enter into a new phase in season seven, we (along with a group of reporters) got a chance to sit down with the creators at Comic-Con. While the cast has only shot two episodes so far, we were able to get a smidgen of information out of them!

Can you touch on what the LGBTQ storyline will look like this season?

Edward Kitsis: It's gonna look like any other relationship we've had on the show. It's not going to look any different, other than the fact that it's LGBTQ.

Adam Horowitz: We want it to be just a part of the fabric of the show and just feel like any other story.

"Once you start trying to please fans, you're not writing from your heart."

AH: We're glad people are interested and ask the question, but I don't want to make a big deal out of it because it's not a big deal.

How much do the writers listen to the fans and what they want?

EK: This is the year we listened to what they want, but if we did a Once Upon a Time season where it's what everyone wants, Rumple would be both good and bad, dead and alive. Lana would be with these three people and not with these two people and maybe with this person. Everyone has a different point of view of how the show should be, and at the end of the day, we're going to keep doing what we want. We had this idea in 2002, and we spent 10 years bringing it to life. At the end of the day when the show is over, we as creators have to look back as a creative team and say, "We did what we wanted." Once you start trying to please fans, you're not writing from your heart. You're just writing to please people. And why? They fell in love with the show in the beginning when they didn't even know us. 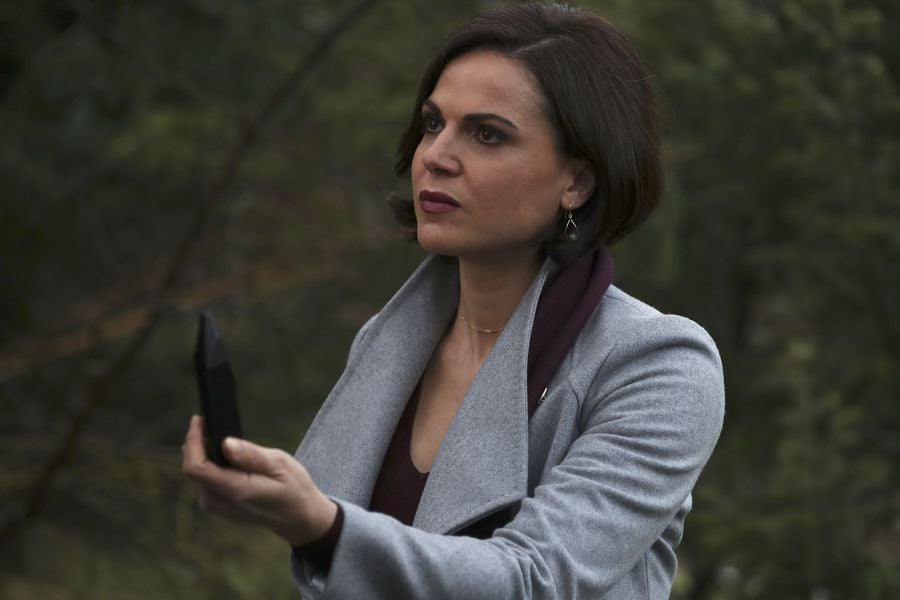 AH: I would say we hear the fans, but we don't listen to them. It's the nature of how you make a television show. By the time something airs, we're 10 episodes down the line. What's amazing about this season is that it's lovely to see the social media reactions of what people are saying about what they want to happen, but because they don't know anything about what's going to happen with these characters, they can't make suggestions.

EK: We're often inspired by the fans. I'm a big Dead Head, and the thing I always loved about the Grateful Dead is you can record their shows; you can make your own t-shirts and sell them in the parking lot. What I love about our fans is that they have the best fan art. It inspires people! I have a lot of people come up to me and say, "Because of you, I'm now majoring in writing." That's what we want. It's not about you having your creative ideas and asking us to do them; it's about, why don't you go do them? Nothing is preventing you from going out and being creative. That's what the show should be. The fans that do that and send us their artwork, their needlepoint, their whatever it may be is really inspiring to us because we love creativity. When they're like, "You'd better not have Henry eat peanut butter this year!" We're like, "OK."

Related:
Once Upon a Time: Meet the New and Returning Cast For Season 7

AH: He doesn't have a peanut allergy. We make the show for the fans, and as we've always approached our writing, it's always been as fans. What would we want to see? And we hope that translates to what the fans themselves want to see, because we can't take the whole of however many millions of people watch then discern what you want to do, because you're never going to please anyone. Hopefully you create a universe that people want to be in.

The past six seasons have revolved around hope. What is the theme of season seven?

EK: Season seven's theme would be belief and fighting for things you believe in, no matter what.

TV
Cruel Summer: A Clear Breakdown of the Timeline Between 1993 and 1995
by Kamrun Nesa 14 hours ago

Netflix
The Sons of Sam: Who Was Roy Radin? How He Was Potentially Linked to David Berkowitz
by Stacey Nguyen 15 hours ago

Netflix
The Sons of Sam: Who Was John Wheat Carr, and What Happened to Him?
by Stacey Nguyen 16 hours ago