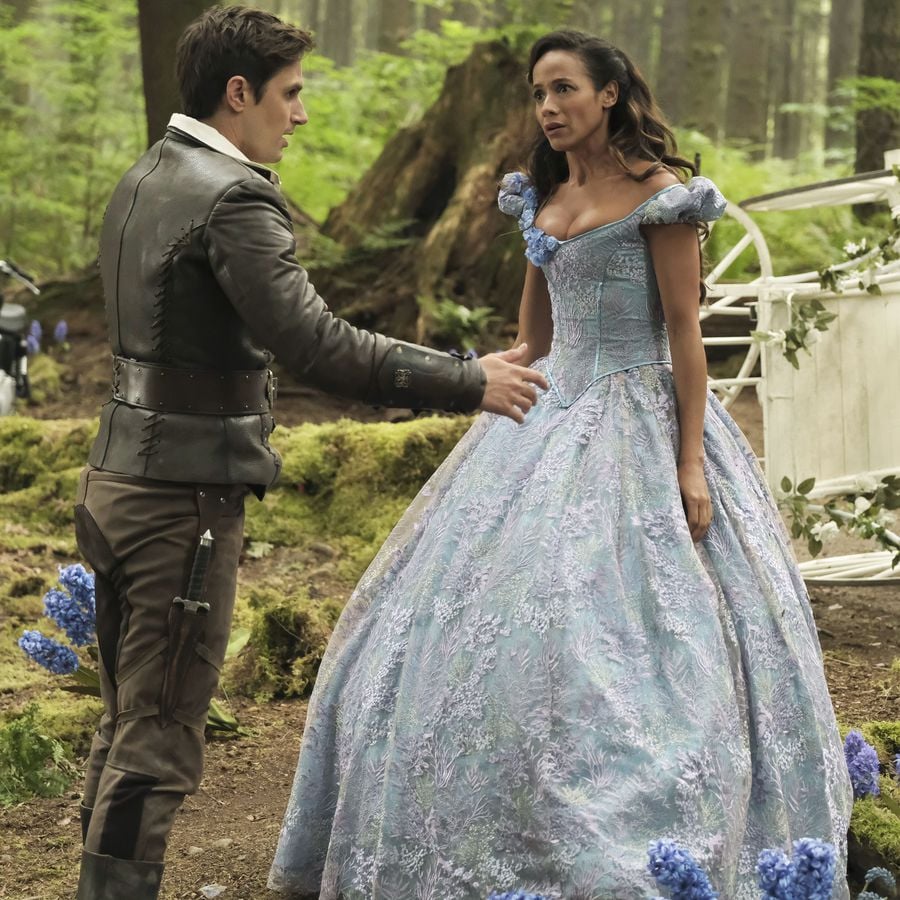 Once Upon a Time is doing an about-face. After six seasons, the show's writers are taking the stories in a new direction with nearly a whole new cast. The veterans who are returning, Lana Parrilla, Colin O'Donoghue, and Robert Carlyle, appeared during the show's Comic-Con panel on Saturday, along with show creators Edward Kitsis and Adam Horowitz. The panelists let some details slip about what's to come, in addition to showing first two scenes from the new season and a jam-packed trailer. While we don't know what the entire seventh season will hold (they've only shot the first two episodes), we do have a much more clear idea about what the new Once Upon a Time will be like.

"We had a plan for the original show that ran six seasons," said Kitsis. "At a point, we felt like it was time for characters to get their happy endings. What we're going to do now is go on a new adventure. If your real fear is, 'Oh my god, are you going to erase the last six years?' We are not, but we are going to take a few new characters and go on a new journey. And we hope you come with us on it."

The very first scene of the new season shows Jared Gilmore as Henry, leaving Regina and her world behind. He wants to discover who he is, not just what his role is in helping other characters find their fates as the author. She says that she can't believe Emma agreed to this, or Snow and Charming. He tells her he loves her and gets on a very familiar motorcycle. "Relax, August taught me how," he tells his adoptive mother, before racing off into a new realm.

The second scene begins, and Henry is now played by Andrew J. West. "Another Realm, Years Later," flashes on the screen as we see images of a scenic castle and heavily wooded areas. Henry is speeding through the forest and accidentally runs Cinderella (Dania Ramirez) off the road.

"Henry is on a new adventure," said Kitsis, during the panel. "Henry has left home and he wants to go visit other storybooks with different stories and different characters. He obviously falls in love with Cinderella, much like the romance his grandparents had. What happens, which is what always happens, is he gets into some trouble and he calls out for help from his family. The three people that you see on the stage that you know and love [Regina, Rumple, and Hook] come to his rescue."

We also learned during the panel that three new cast members have joined: Adelaide Kane (Reign) as evil stepsister Drizella, Mekia Cox (Chicago Med) as Tiana, and Rose Reynolds as Alice . . . as in, from Wonderland.

The new season begins on Oct. 6!

Image Source: ABC
Once Upon A TimeComic-ConTVCelebrity Quotes
Around The Web

The Voice
This Voice Singer Was So Good, John Legend Turned His Chair on the Very First Note
by Kelsie Gibson 49 minutes ago

Schitt's Creek
Etsy Is Selling Schitt's Creek Face Masks, and You Bet One Says "You Just Fold It In"
by Emily Weaver 8 hours ago