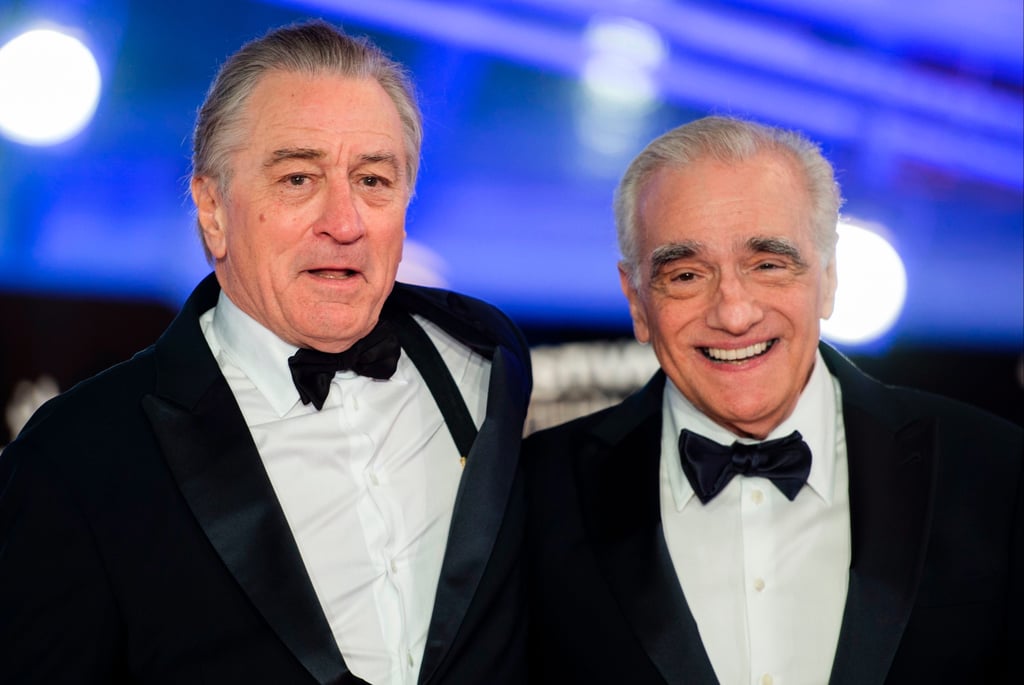 Pacino, De Niro, and Pesci All in 1 Film? The Irishman Cast Is Truly Legendary

If you thought Netflix couldn't possibly boast any more star-studded films than it already has, the cast of The Irishman is going to blow your mind. Based on Charles Brandt's true-crime novel I Heard You Paint Houses, this Martin Scorsese film revolves around the scandalous life of Frank "The Irishman" Sheeran, a mob hitman who was known for his supposed involvement in labor union leader Jimmy Hoffa's death. The film has been in development for nearly a decade, and during the 2019 Oscars, Netflix dropped a teaser trailer announcing that the highly anticipated crime drama is finally debuting this Fall. Read on to see all the legendary actors Scorsese managed to recruit for his latest flick (including many of his favorite collaborators).