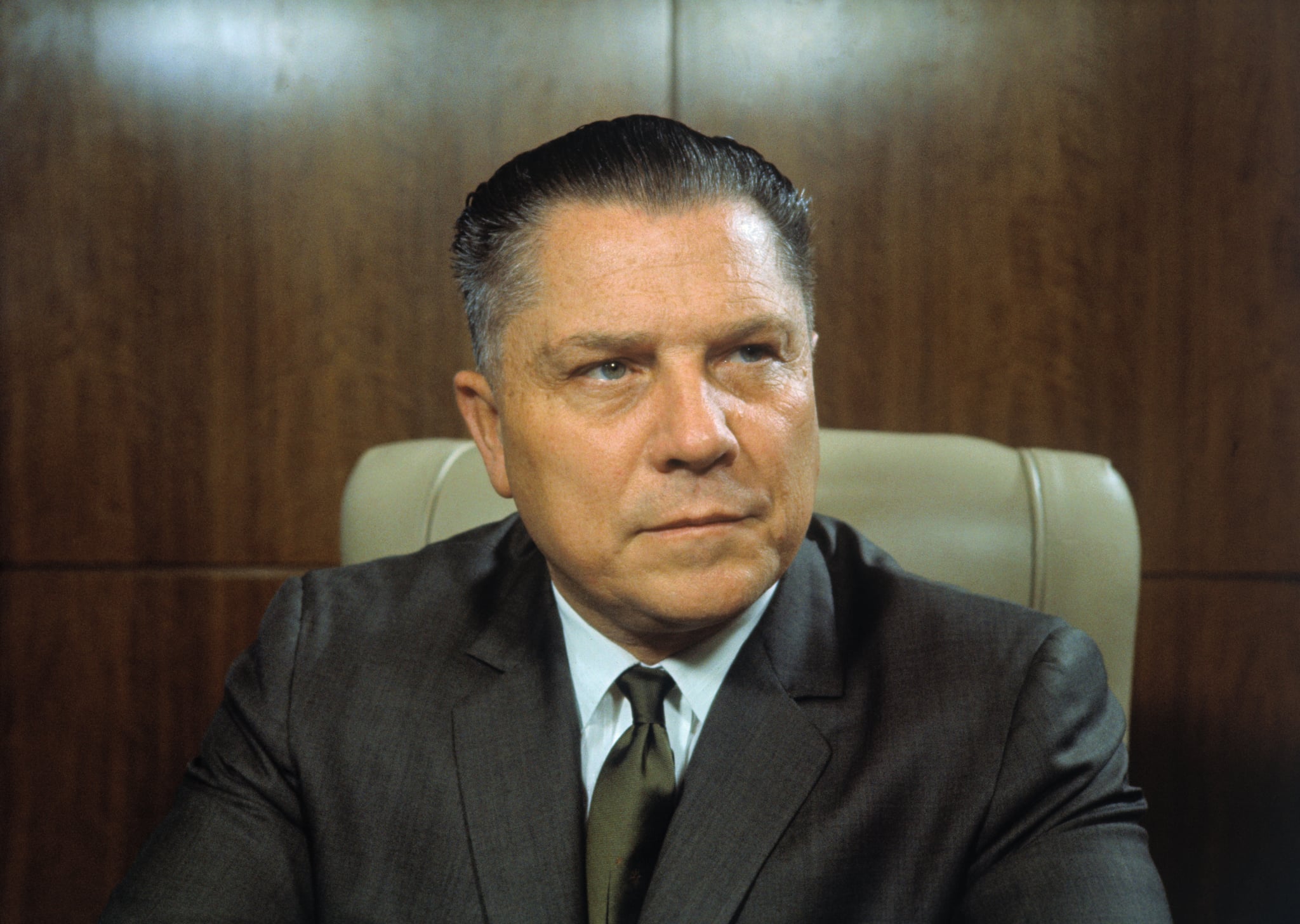 Netflix is about to achieve the impossible. Joe Pesci is coming out of semi-retirement for the first time in almost a decade. Director-actor duo Martin Scorsese and Robert De Niro are collaborating for a feature film for the first time since 1995's Casino. Al Pacino is appearing in his first-ever Scorsese film. Best of all: the most famous trio of Italian gangster actors — Pesci, De Niro, and Pacino — will star in a film together for the first time in history. And it is all thanks to The Irishman, Netflix's star-studded true-crime drama set to debut this Fall.

Based on Charles Brandt's true-crime novel I Heard You Paint Houses, this Scorsese-directed film revolves around the scandalous life of Frank "The Irishman" Sheeran, a mob hitman who was known for his supposed involvement in labor union leader Jimmy Hoffa's death. The film has been in development for nearly a decade, and during the 2019 Oscars, Netflix dropped a teaser trailer announcing that the highly anticipated film is finally on its way. If you think the cast is insane, just wait until you hear the story — and, yes, it is actually based on true events.

Frank "the Irishman" Sheeran (played by De Niro) was a World War II veteran who first found his way into organized crime after he was discharged from the army in 1945. Though by day he worked as a truck driver, by night he made extra money as a hitman. Eventually he grew to be a close associate of Mafia boss Russell Bufalino (played by Pesci), head of the Bufalino crime family, who acted as a mentor for Sheeran. 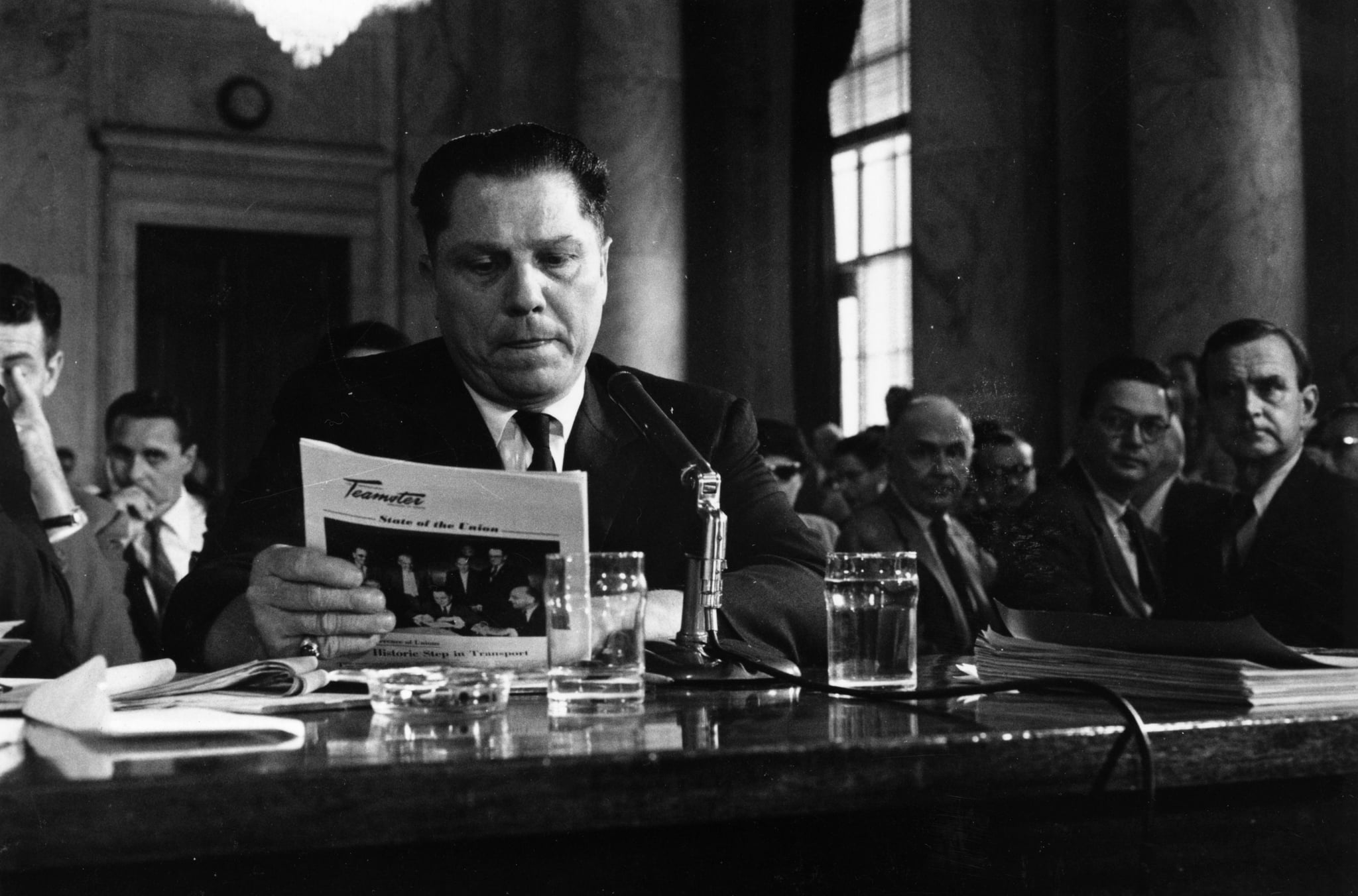 With Bufalino's help, Sheeran began working with Jimmy Hoffa (played by Pacino), an infamous labor union leader who then served as the president of the International Brotherhood of Teamsters, a union that historically suffered from corruption and control by organized crime. Under Hoffa, the union won substantial gains for its members, bringing all truck drivers under a single collective bargaining agreement, the National Master Freight Agreement, and his achievements won Hoffa both esteem and power. A close confidante of Hoffa, Sheeran eventually earned the position of a top Teamsters Union official, while still acting as the Bufalino crime family hitman and top aide to Bufalino himself.

Eventually Hoffa's crimes caught up with him, and he was sentenced to 13 years in 1967 for jury tampering, attempted bribery, and fraud. However, just four years later, he was pardoned by President Nixon, but only if he agreed to resign as union president and not participate in union activities until 1980. Unsurprisingly, Hoffa found that he couldn't stay away. He tried to initiate a comeback at the local level with Local 299 in Detroit — where he still had associates and influence — and eventually planned to run again for presidency of the union.

Related:
Grab Your Popcorn! These Are the Best Netflix Original Movies of 2019

Despite his efforts for redemption, Bufalino didn't want to see Hoffa back in power, and though Sheeran had become a good friend of the former union president, Bufalino allegedly ordered his hitman to stop Hoffa from running again. Hoffa mysteriously disappeared in July of 1975 from the parking lot of a restaurant outside of Detroit, and by 1982, he was declared legally dead, though his body was never found and the case was never closed.

We may never know with full certainty whether Sheeran murdered his old friend, but we at least know this for sure: this movie is going to be insanely good.