J.K. Rowling is continuing with her 12 Days of Harry Potter, this time posting a short story about Draco Malfoy. As she did with her first piece of writing 10 days ago, Rowling teased this one via Pottermore's Twitter handle. This time, she tells of how Draco's last name could have been "Smart, Spinks or Spungen," but she settled on Malfoy because his Christian name comes from a constellation: the dragon. Rowling also spills some interesting details on her on personal feelings about the character and his legion of fangirls. Take a look at the most interesting tidbits below! 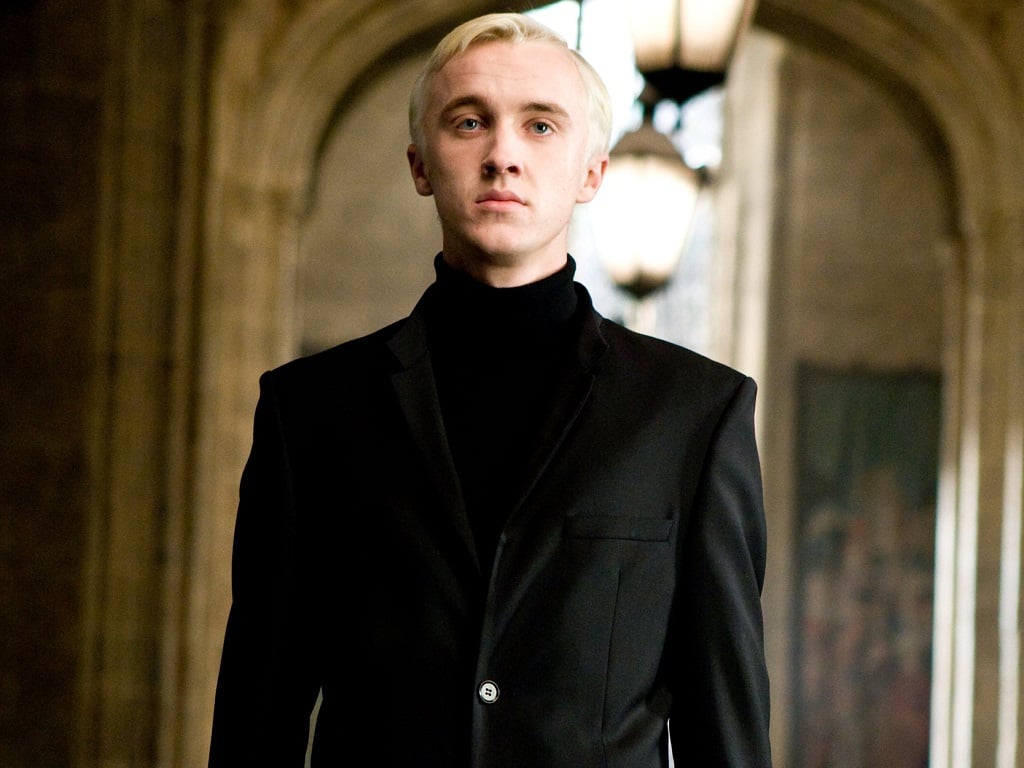 On Why Draco Is So Mean to Harry Potter

"Like every other child of Harry Potter's age, Draco heard stories of the Boy Who Lived through his youth. Draco's feelings for Harry were always based, on a great part, on envy. Though he never sought fame, Harry was unquestionably the most talked-about and admired person at school, and this naturally jarred with a boy who had been brought up to believe that he occupied an almost royal position within the wizarding community. What was more, Harry was most talented at flying, the one skill at which Malfoy had been confident he would outshine all the other first-years."

On the Many Fans Who Have Fallen For Draco

"For all this, Draco remains a person of dubious morality in the seven published books, and I have often had cause to remark on how unnerved I have been by the number of girls who fell for this particular fictional character (although I do not discount the appeal of Tom Felton, who plays Draco brilliantly in the films, and ironically, is about the nicest person you could meet). Draco has all the glamour of the anti-hero; girls are very apt to romanticise such people."

On Her Own Feelings About Draco

"All of this left me in the unenviable position of pouring cold common sense on ardent readers' daydreams as I told them, rather severely, that Draco was not concealing a heart of gold under all that sneering and prejudice and that no, he and Harry were not destined to end up best friends. I pity Draco. Being raised by the Malfoys would be a very damaging experience, and Draco undergoes dreadful trials as a direct result of his family's misguided principles."

You can find the whole story up on Pottermore right now!

by Sabienna Bowman 53 minutes ago