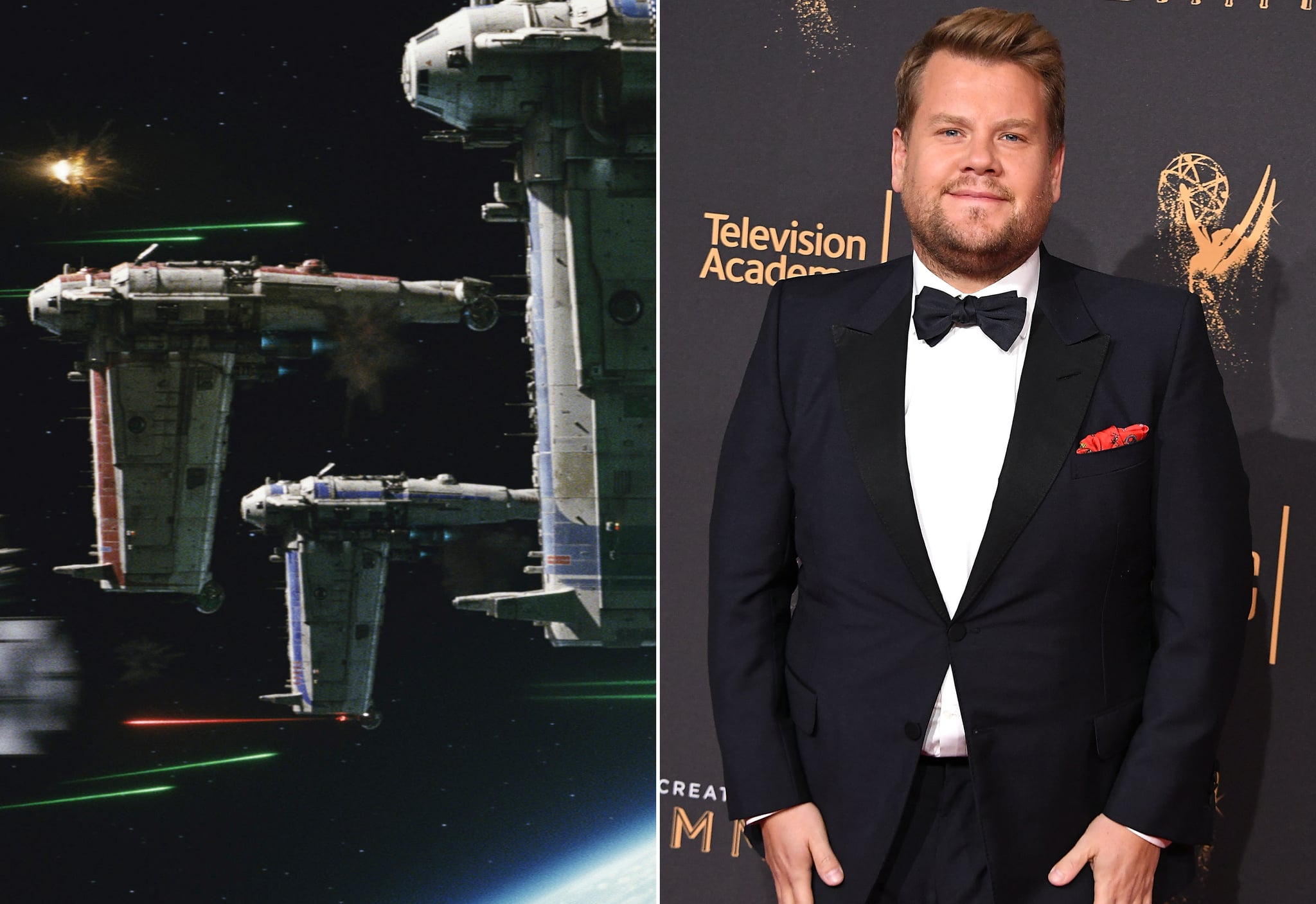 Star Wars: The Last Jedi was filled with celebrity cameos from Justin Theroux to Carrie Fisher's adorable French Bulldog, Gary, but there's one potential cameo that has the internet totally confused: James Corden. After seeing the film, fans immediately took to Twitter wondering if that screaming X-wing pilot was actually Corden. The pilot in question only appears on screen for a few quick seconds before sadly being blown up.

Although we'd love to see the late-night host in the movie, a creative executive at Lucasfilm has weighed in on the suspected appearance, and it appears that Corden was not in the movie, but someone who looks very similar to him was. Pablo Hidalgo responded to the Twitter suspicions, writing, "Sounds like they're confusing Mr. Corden with the pilot played by Jamie Christopher." Jamie Christopher is named as the first assistant director of the film, so that definitely makes sense.

Sounds like they're confusing Mr. Corden with the pilot played by Jamie Christopher.

There's no evidence of a cameo on Corden's IMDb page, yet Christopher's does credit his role as X-Wing Pilot Tubbs. (If we were Corden, we'd totally go along with the suspected appearance.) Check out the fan tweets below, and if you haven't seen The Last Jedi yet, make sure to keep your eyes peeled for a Corden look-alike.

Best kept secret in #LastJedi ? James Corden from the @latelateshow flies and dies in an X-Wing. Please, @JKCorden , confirm or deny. Thanks in advance, kind sir.#LukeDeservedBetter #SoDidHamill

@JKCorden, It may only have been a flash, but I knew it was you mate. #thelastjedi #STARWARS

So either there is a random X Wing fighter guy in the new Star Wars that looks exactly like James @JKCorden or he made a 2 second cameo...