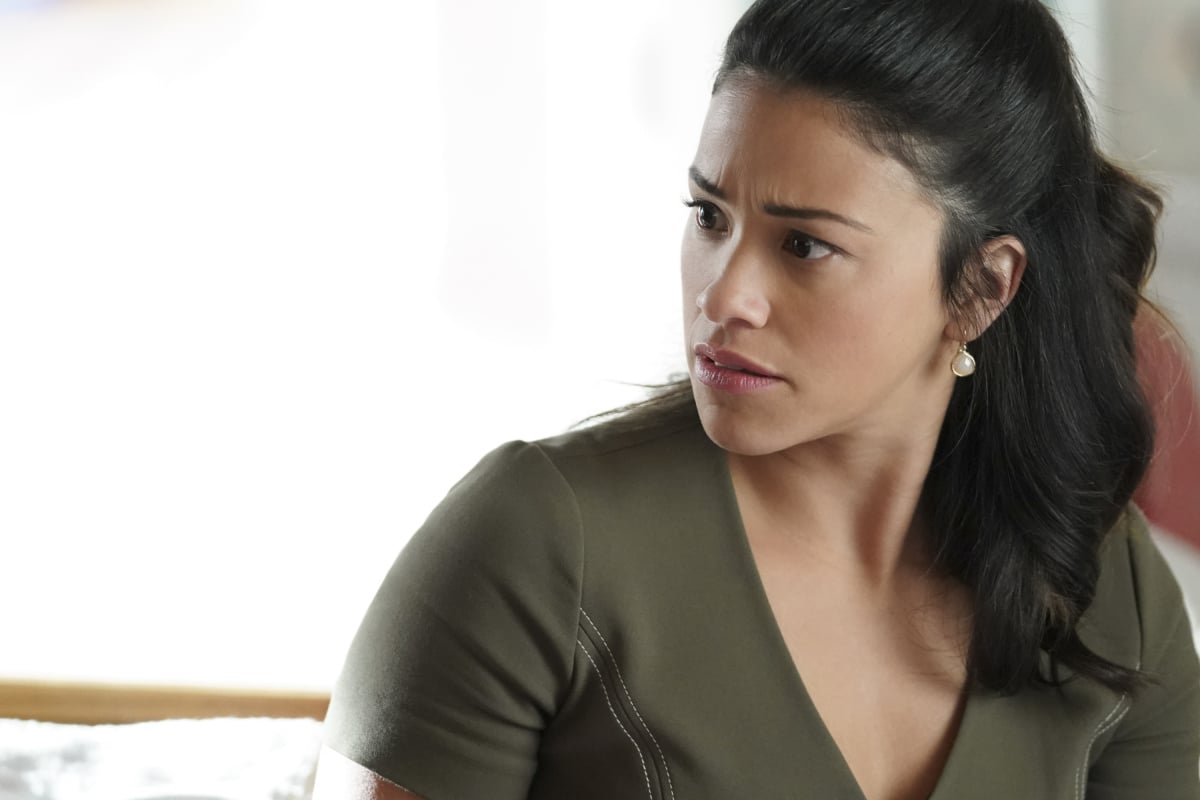 Giant spoilers for Jane the Virgin below!

Take a good, hard look at Jane Gloriana Villanueva's face in the photo above, because that's exactly what my face is going to look like from now until, perhaps, the rest of my life. That's how big the plot twist in the final few seconds of Jane the Virgin's season four finale is. The episode starts off much like any other: with a beautiful flashback that emphasizes the importance of family. But the cliffhanger ending? Oh boy. I'm going to need a personal day (or 10) to recover from it.

"Chapter Eighty-One" begins with the kind of adorable, tearjerking scenes that Jane is known for — Petra telling J.R. that she loves her, Xo telling off Rogelio's pompous new costar, Jane finding out from her family that Rafael is planning to propose, Alba unexpectedly marrying Jorge — but soon a dark haze begins to settle over everything. Rafael goes to the prison where Rose is being held, and there he finds out a devastating piece of information. What is it? Well, we'll get to that.

Instead of proposing to Jane as planned, Rafael begins to spiral. Jane discovers him drinking hard and retreating into the Raf she thought she'd left behind — the one who's closed off and withdrawn and isn't emotionally mature enough to be in an adult relationship. But by the end of the episode, it seems as though Rafael has come to his senses; he invites Jane over to his apartment after the party the family throws to celebrate Alba's citizenship, and she assumes it's so he can finally pop the question. But you know what it's really for? So he can tell her that Michael is alive. 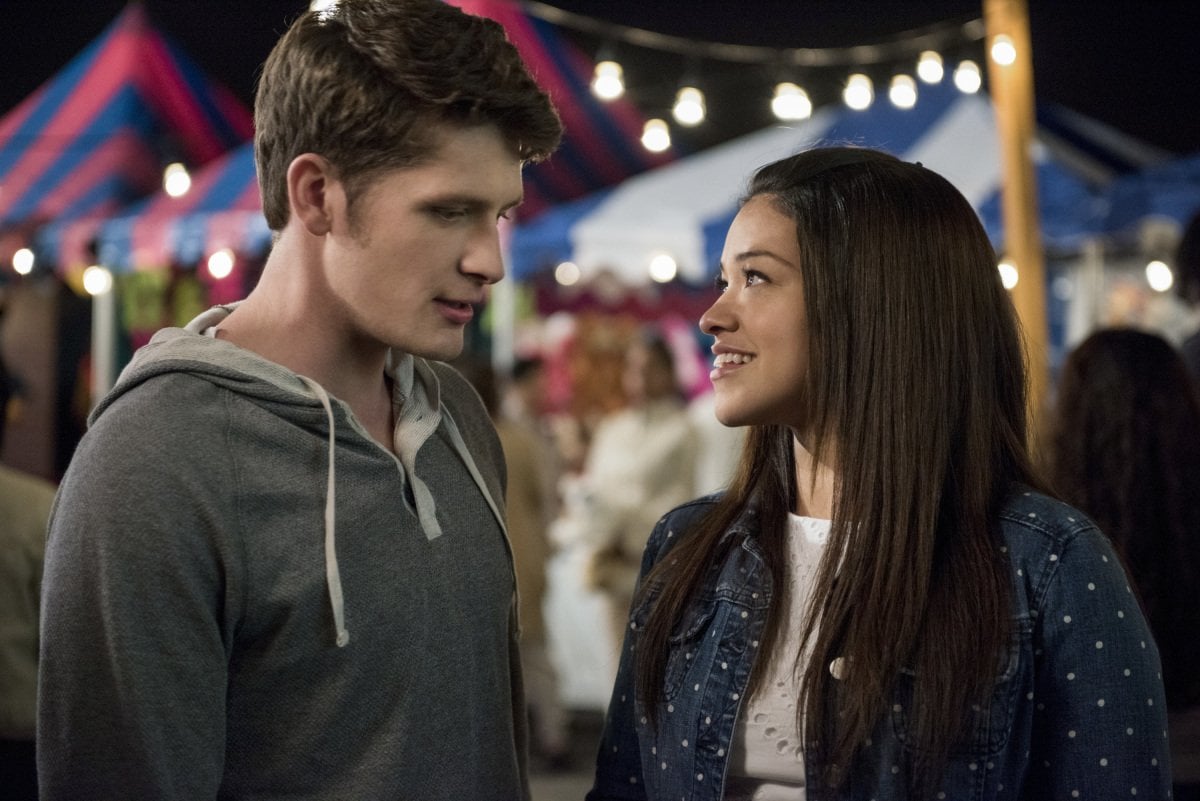 Yes, Michael. As in, "Jane's former husband who tragically died in the middle of taking an exam in season three" Michael. That Michael. Jane arrives at Rafael's apartment and sees her late hubby standing in the kitchen, and then boom: the episode ends.

So, how is he alive? Is this even possible? Has the show's magical realism gone too far? Did Jane simply have too much Champagne at Alba's party? Since it's a season finale cliffhanger, none of us can be sure, but it certainly seems like some kind of criminal business from Michael's days as a detective forced him into faking his own death (all I have to say is it better not be a secret twin situation like Roman and Aaron Zazo).

Related:
Jane the Virgin: Everything You Need to Know About That Shocking Death

As a staunch member of Team Michael, this revelation is bittersweet beyond belief. I loved Jane and Michael's relationship, and though I mourned the loss of him (and actor Brett Dier) from the show, I also think that Jane the Virgin has done an exceptional job at exploring grief and getting Jane back into a healthy place. We watch her painful grieving process, and then we also get to watch her build her life back up at a realistic pace. And, of course, we see her and Rafael find love again, even after they've had all the odds stacked against them. Will their relationship be able to survive this hurdle? Jane deserves her happy ending.

On the bright side, this is a show that might look like a light, airy romantic comedy, but as any true fan knows, its magical realism quality is deceptive — few series have been able to handle real-life problems with the grace, accuracy, and tact that Jane the Virgin does season after season. It's because of this that I'm faithful creator Jennie Snyder Urman has a worthy future in store for Jane (and us all — let's be real). Season five is likely going to be the show's last, according to star Gina Rodriguez, so Michael's shocking addition to the final episodes could be a key part of the show's sure-to-be-emotional conclusion . . .

. . . or my heart could just shatter into a billion pieces. Apparently we'll just have to wait and see!