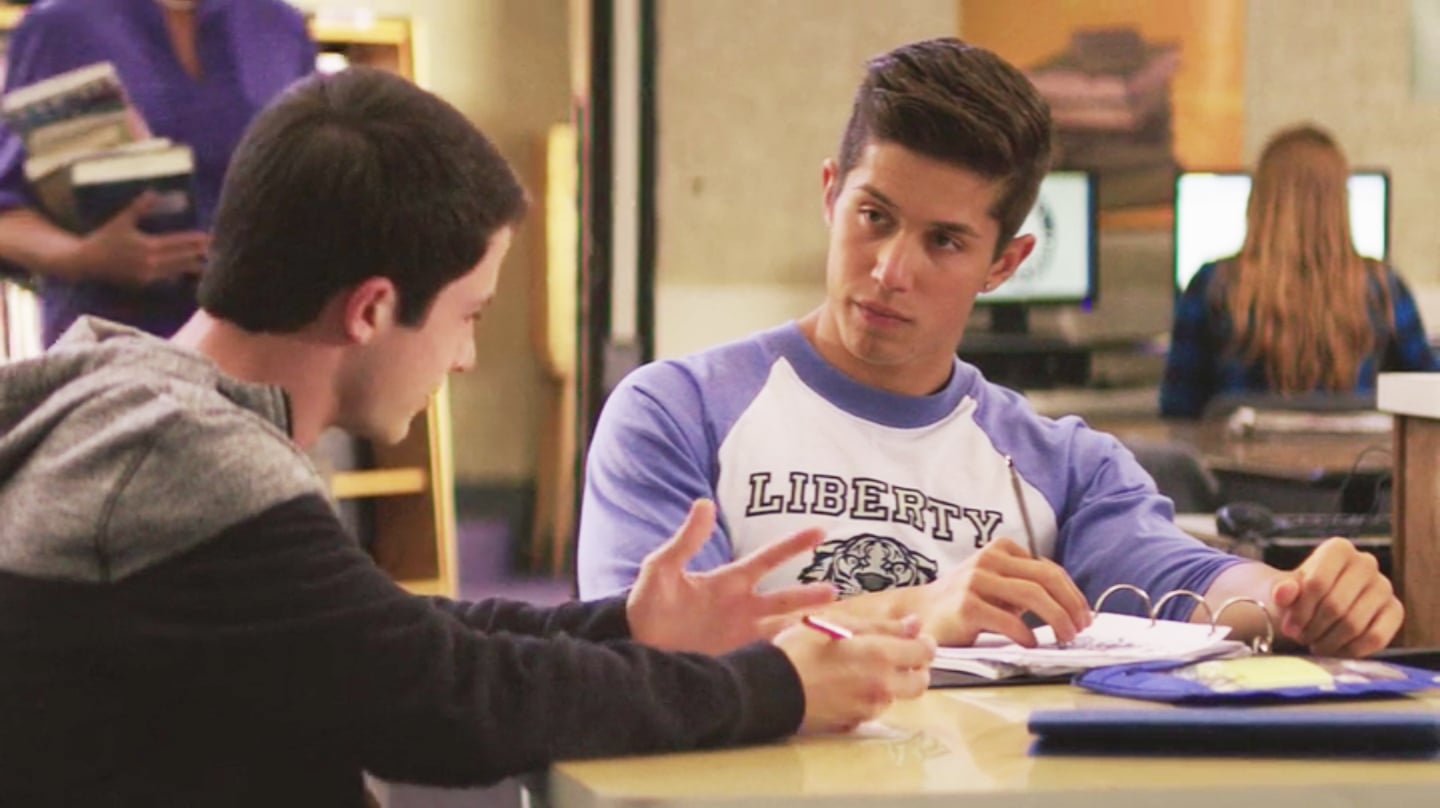 Shortly after 13 Reasons Why was released on Netflix, Google searches for "13 Reasons Why Jeff" surged. It's an unusual fact, given that Jeff Atkins isn't one of the main characters on the show. Appearing in just six out of the season's 13 episodes, Jeff is barely a supporting character. He's not played by famous actor, but by the relatively unknown Brandon Larracuente. He's cute, and you may have recognized him from Bloodline, but I'm going to venture to guess that people aren't obsessed with Larracuente so much as they're drawn to Jeff the character.

The show focuses on Hannah Baker and the aftermath of her suicide. In the wake of her death, several of her fellow students receive tapes that explain what each person has done to contribute to her decision to end her life. The actions range from seemingly benign things like stealing kind notes from Hannah to horrific, life-altering events, like rape. On one end of the spectrum is Clay, whose only fault is that he happened to love Hannah. On the other end is Bryce, who is quite possibly a sociopath.

But then there's Jeff.

Jeff doesn't belong in this world. His story intertwines with Hannah's, but the characters don't even interact. Clay is Jeff's tutor. Their scenes together are tender and realistic, as cool-guy Jeff tries to get Clay to talk to girls. The way Jeff sees it, Clay is helping with his homework, so he can counsel Clay on the ladies. He's not a creep, but a shining example that it's possible to be both popular and a good person.

Movies and TV tend to put high school students into two boxes: popular jerks and kind-hearted losers. In reality, being "popular" doesn't mean someone is a dick. Maybe you remember that popular guy or girl in high school who was actually the nicest kid in town. (I do, and he's probably still the nicest.) And 13 Reasons Why doesn't put popularity on a pedestal, but it also doesn't condemn every popular character. Its willingness to dive into the characters' backgrounds (which doesn't happen as much in the book) is an important lesson not to take people at face value. The sentiment that Jeff is "different" is one that Larracuente himself has called out. In a recent interview, the actor said that he even constructed a backstory for why Jeff is so nice:

"I wanted Jeff to be different. I noticed Clay was getting a lot of hatred from all the jocks in the entire school so the message I wanted to portray was to be a leader, and not to follow in anybody else's footsteps. It's OK to stick up for the little people. The reason why Jeff does this is because he was picked on as a young kid. Going through middle school he was at that awkward stage which we've all been through, so when he finally developed into this jock who is great at baseball, he took a different route. He chose to help the people who are going through that right now because she's been in those shoes."

If you've seen the show, you know Jeff is a literal casualty; he dies in a car accident, a direct result of Sheri hitting the stop sign and not alerting authorities. The whole reason he's even in the car is because he's getting beer for other people. While we don't see the day-to-day events leading to his death in painstaking detail, the way we do with Hannah, Jeff's death is just as important. Sometimes bad things happen to good people. Sometimes the Jeffs of the world, no matter how nice they are, die — and it's f*cking tragic. As the internet has collectively decided, Jeff Atkins deserved better.

PBS
It's a Sad Day in Elwood City: Arthur Is Coming to an End After More Than 2 Decades
by Kelsey Garcia 5 hours ago