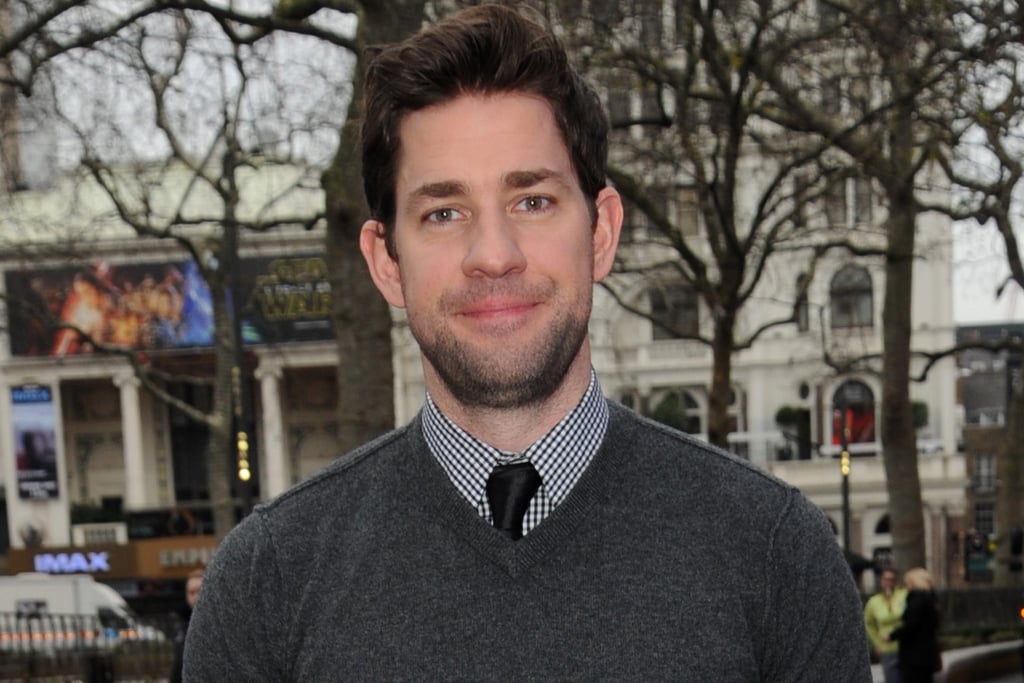 Want to hear something that will make you remember why you fell for Jim Halpert in the first place? John Krasinski, who has recently turned into a Greek god, appeared on a panel celebrating indie actors at the Sundance Film Festival on Saturday. While promoting his directorial debut, The Hollars, he indulged the audience with a few choice quotes about his breakout role.

"There's no two ways about it, being on The Office was the greatest thing that I could have ever imagined," he said, when asked about how he chose his roles after the series ended. "For me, it's all about where the good story is at. I've never been a dramatic or comedy guy, it's just sort of, 'Where's the good story?' and The Office was one hell of a story to be a part of for 10 years, for sure. After that, I was just, like, 'I want to be a part of good stories rather than just getting work.' Obviously, The Office afforded me the opportunity to just wait a second and sort of wait to choose things that I really cared about. That was huge; I owe it all to the show."

What's that? I'm not crying! OK, maybe I am, but just because Jenna Fischer (aka Pam) dropped this bomb on us just days ago, too.